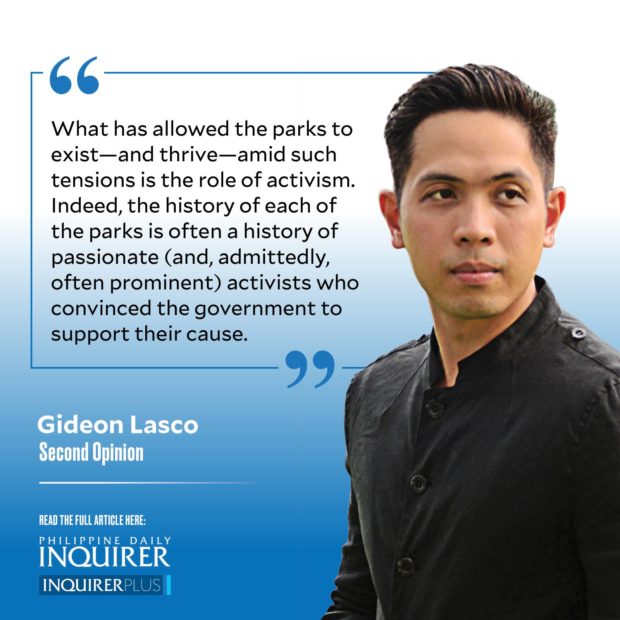 Yosemite National Park—Over the past year, I had the opportunity to visit a number of national parks in the US, beginning with Yellowstone, the “grandfather of national parks,” in July 2021 and ending (for now) here in Yosemite. The literal highlight was reaching the 4,394-meter summit of Mt. Rainier as part of a mountaineering course by the International Mountain Guides, but every park had its own special memory, from playing with my nieces in Wyoming’s Grand Tetons to hiking with my brother in Arizona’s Saguaro National Park.

As a lifelong hiker, my joy is complete when I am surrounded by nature, and my only regret—after all, I am writing this under the shadow of Half Dome and El Capitan, sites of Alex Honnold’s sublime feats—is that time is always limited, and that I cannot always answer the call of the mountains.

But as an anthropologist and environmental advocate, I cannot help but think of what lessons the national parks here hold for our own parks, as our country celebrates the “Year of the Protected Areas,” marking the 90th year since the establishment of Mt. Arayat National Park—the country’s first—on June 27, 1933. (Incidentally, I have also climbed Arayat and two of our other protected areas—Apo and Pulag—over the past few months).

Now, I have no illusions about “America the beautiful.” In the first place, the existence of national parks is ultimately a direct consequence of the colonial violence that has led to the death and forced relocation of Native Americans. Yosemite, for instance, was once home to the Ahwahneechee people, who were mostly killed and driven away in the aftermath of the California Gold Rush and the ensuing Mariposa Wars. Ironically, the culture and language of these indigenous peoples are appropriated as part of the lore and appeal of national parks (Yosemite itself is supposedly a Mewok term for “killers”), but they themselves are gone.

Nonetheless, America’s experience with national parks offers some insights to ponder upon.

In the first place, it is worth reflecting on the fact that notwithstanding their popularity today, many of the parks—from the Grand Canyon to the Grand Tetons—faced opposition from local political and economic interests, and not even John Muir was able to stop the construction of a dam within Yosemite. Such a tension between environmental and economic imperatives continue today, with arguably higher stakes amid overlapping climate and economic crises.

What has allowed the parks to exist—and thrive—amid such tensions is the role of activism. Indeed, the history of each of the parks is often a history of passionate (and, admittedly, often prominent) activists who convinced the government to support their cause. And beyond individuals like Aldo Leopold and Rachel Carson, organizations like the Sierra Club and the Leave No Trace Center of Outdoor Ethics have pushed the conservation ethos further.

But these activists needed political allies too, like Theodore Roosevelt who famously visited Yosemite guided by Muir—and who signed into existence five national parks, 150 national forests, among millions of acres of protected land. As we enter a new administration, I hope we can count on our officials and legislators to champion the establishment of new national parks and the protection of those that already exist.

One historic mistake in the US has been to ignore conservation knowledge by indigenous peoples. For instance, only recently, especially after the unprecedented fires in California and elsewhere, are indigenous fire practices being recognized as protective of the ecosystems in the long run. In the Philippines, the success of involving indigenous communities in protecting Kitanglad Range National Park should likewise serve as a model for inclusive governance of our protected areas.

Of course, national parks can also detract attention from protecting the rest of the world, including those equally worthy of protection, but may not fit political and cultural criteria for such. Moreover, the impact of visiting parks—especially in a car-centric, consumerist culture—can be unsustainable in itself, while supporting these parks can make us feel that we’re doing something for the environment when, in fact, those outside badly need protection, too.

But even in that larger project, national parks can help by speaking to us in ways that appeal not just to our sense of fear, but to our sense of wonder. Can we not, like John Muir, recognize that “going to the mountains is going home”?