The Philippines my parents helped create

“Remember this, my friends: there are no such things as bad plants or bad men. There are only bad cultivators.” — Victor Hugo 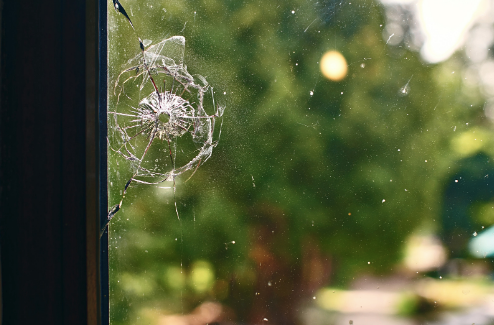 One ritual of my parents — as holy as any other — is to sit in front of the TV by evening and watch the newscast. Even though I work in news, I try to avoid it as much as I can, if only to preserve my sanity. But unavoidably, when I sit down for dinner, I overhear the broadcast, and alongside it, my parents’ commentary.

I hear them eat up the narrative about the men who supposedly fought back, and I hear them suggest the same fate for other lawbreakers from the fringes of society.

I hear them fault an old man who, while the country remains on lockdown, was found by the police parched and exhausted, making his way to Manila from Bulacan to be with his sibling.

I hear them rebuke the stranded persons, saying it’s what they get for supposedly exploiting the government’s (half-baked) program to send people back to the provinces without cost.

I hear them throw out misinformation about the media conglomerate recently killed by the government; information so exclusive that the source is unknown (does it matter?), contradicting official records and common sense.

Needless to say, my parents voted for and stand by every mumbled word of President Duterte. In effect, this is the Philippines they helped create.

I believe journalism is the profession of information. But I am also a believer of this mantra: “Ignorance is bliss.” Unlike Jonas in “The Giver”, I remain unwilling to receive the present memory of this nation. I refuse to bear the mistakes and foolishness of the 16 million, and I refuse to participate in the amplification of the noise that the absurd gathers.

But as the bubble that envelops me thins out, I am faced with embers from the destruction generated by those who set the wheels in motion. I am reminded every day, mostly through the barrage of news and the evening broadcasts with parental commentaries, that the conflagration is far from over.

The soaring cases of the coronavirus. The conviction of Maria Ressa and Rey Santos Jr. The passage of the Terror Law. The shutdown of ABS-CBN. The killing of activists.

I blame them for the many unresolved foreign transgressions against Filipino fishermen.

I blame them for the proliferation of incompetent mudslinging politicians and government officials who essentially hold the nation’s life in their flimsy hands.

I blame them for the death of Kian Lloyd Delos Santos, a boy who was handed a gun by the cops and ordered to run, before being dragged to a dark alley and shot point-blank in the back of the head while handcuffed and kneeling.

I blame them for the vile behavior of these so-called authorities who mistake fear for respect; serving the needy and also raping them on the side, protecting the people and also killing them on the side, catching criminals and also being criminals on the side. The cultivation of the abhorrent never-sorry-always-right and I-got-your-back attitude of and among the forces of so-called law and order, all cloaked in a quite thin veil of false moral high ground.

A waking nightmare akin to a dark episode of a slow-burn film, where impunity prevails and no end seems to be in sight. The disparagement of activists and journalists, the violation of the poor, the personalization of politics. A tale as old as time.

When is the satisfying end? When will morning come?

On April 1, after the arrest of 21 aid-seeking protesters, the president ordered state forces to shoot dead anyone “who creates trouble” while the country is on lockdown. “Rather than deal with the trouble, I’ll just have you buried,” he said.

On May 20, just as the number of coronavirus cases in the country breached 13,000, the health chief announced that the country was “actually in the second wave” of COVID-19. The next day, the health department issued a retraction and apology.

On July 15, just as the number of coronavirus cases in the country hit 58,850, the health chief declared that “we have successfully flattened the curve since April.” Later that day, he clarified that he meant “bent” not “flattened.”

On July 21, the late-night President, in another attempt at comedy, suggested a way of disinfecting face masks. “Soak it in gasoline or diesel,” he said. “That son-of-a-bitch COVID won’t last.” The next day, the health undersecretary remarked that “maybe it’s just one of his jokes.” By end of month, the President reiterated, “Hindi ako nagbibiro.”

Folly is defined as a foolish act or idea; the lack of good sense or normal prudence and foresight.

In architecture, it refers to a costly, generally nonfunctional building that was erected to enhance a natural landscape.

When the fire comes, the follies are the first to fall.

Perhaps this pandemic is our version of the war. Our Pearl Harbor, our Hiroshima. The phenomenon that changes a generation’s lives in a gradual instant; the event that puts a sudden end to days of blissful innocence.

It is scary to think how and when (or if) we will come out of this.

A philosopher once said that to be anxious is to be alive. If so, I must be living intensely nowadays.

In “The Bell Jar”, Sylvia Plath writes: “I felt very still and empty, the way the eye of a tornado must feel, moving dully along in the middle of the surrounding hullabaloo. To the person in the bell jar, blank and stopped as a dead baby, the world itself is a bad dream.”

I am often reminded of this passage as the world undergoes a transformation induced by the coronavirus. It describes exactly how I feel the past months, and it even guilts me at times. I used to think foolishly that this crisis does not concern me for I still have a job, a room of my own, and more than enough food on the table.

I blame it on privilege (“Privilege is when you think something is not a problem because you aren’t affected personally,” says a sign held by a protester in an image I stumbled upon recently), as someone who lives a comfortable life often does; someone who, for the most part of their life, has always had good options.

But enough with self-pity, I tell myself. What about the starving? The homeless?

“What about them?” my parents ask.

Oh, the pitfalls of the middle class.

In “Intimations,” Zadie Smith writes: “Privilege and suffering have a lot in common. They both manifest as bubbles, containing a person and distorting their vision. But it is possible to penetrate the bubble of privilege and even pop it — whereas the suffering bubble is impermeable.”

From my bedroom window in the upper floor, I observe the slow but steady destruction, like watching a tragedy from the balcony. I fixate on a single spot left unmarred; a spot that becomes smaller and smaller. The conflagration outside serves as an apocalyptic Zoom background, quirky and fascinating.

Once, I took my perfume bottle and smelled its atomizer. It has been months since I last wore perfume, and I knew memories would rush back once I got a whiff of its scent. What hit me instantly was the smell of the fragrance mixed with that of sweat from my daily commute to and from work; days of daily physical struggle between north and south of the congested metro.

The scent evoked an odd sensation. Smelling the perfume and remembering those trying times while lounging in an air-conditioned room, on days when I barely break a sweat anymore, was like being tucked cozily in bed as a devastating downpour beats against a tin roof — a sense of security that the bubble brings.

Recently, I was transfixed by a GIF of a tornado seen up close. For some reason, it was the most surreal image of a tornado I have ever seen, more so than actual clips of tornadoes. I guess it’s the way the GIF is looped to emphasize the stillness of the path the tornado is yet to take, unaware of the destruction to come.

For a tornado is a tornado, just like fire is fire. It may look striking, and it may even be breathtaking, but if one lets it, it will wreak havoc. It is simply in its nature to destroy.

I believe ours is a country that was dazzled by the fire. Four years ago, the people invited danger and slept with it, like a gracious host to a virus. Nonetheless, perhaps my choice to choose blissful ignorance also helped create this Philippines. I failed to realize that a bubble — or a bell jar, for this instance — bursts oh-so-easily in the heat of fire.

“When the revolution comes, where will you hide?” A question I would like to ask not a few people I know.

Like a soothsayer, I daresay that the revolution — as with the destruction — starts with a spark, then a singe, before it escalates to scorching. These thousand cuts — to the press, the people, to democracy — will soon ignite little fires that will eventually blow up and generate transmutation.

Thereafter, the land will be richer and superior. A land cultivated by the blood of true heroes; a Philippines created by a better breed.

Renzo Acosta is an editorial assistant at INQUIRER.net who “self-prescribes an overdose of movies, music and books to combat the pandemic blues.”