“It comes naturally, the haze. The fog that makes everything pretty… Dinner starts and you don’t know what to say. You fix your eyes on the TV screen where the harsh light that was not there a while ago brings in a new layer of reality. But it’s still night; the dream is still there… He showers you with words and promises of something longer than a night’s dream. But come daylight, reality sets… As the morning light hits, first the curtains, then the ceiling, then his face, I feel the dream start to dissipate.” — from a Keep note, Oct. 30, 2017. 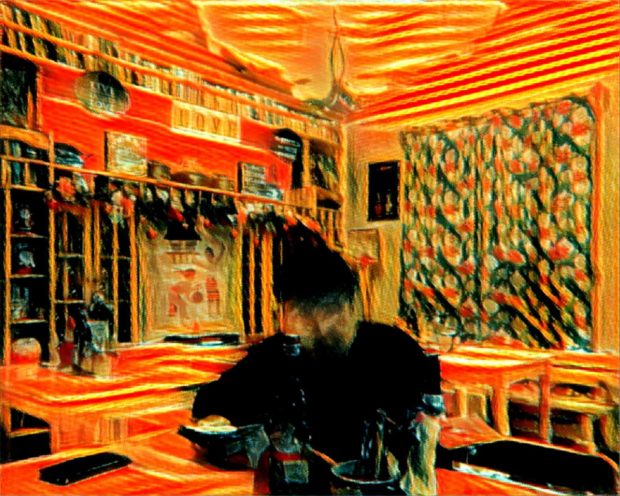 It began and ended two years ago.

We met through a dating app. It was late October and I was at the cinema to catch an evening screening of a local film festival when he sent a text. I could sense his eagerness to meet up but I was tired so I declined. After a few more exchanges the next few days, we finally met up; and when we did, I learned two things about him.

First was that he is married. You do it better than my wife, he mumbled. I thought I misheard him so I asked what he said but he replied, Never mind. It was the morning after when he explained that yes, he is married — but separated. The second thing I learned was that they have a daughter. She’s in the province with her grandparents. She was in third or fourth grade, and like a proud father, he showed me photos from her recent birthday party held in the backyard of their house in the province.

I went to his place that humid October evening expecting something hot and quick and nothing else. But in the course of that night, I witnessed how thoughtful he was. He seemed truly happy seeing me the first time, like we were old friends reuniting after years. He asked me to stay the night after it got too late, then we ordered Chinese takeout. The next morning, I awoke to him getting his keys. I’ll just grab us some breakfast, he said.

I would return to his place for several more nights after that. We did not discuss the fact that he has a wife and a daughter, but we did not avoid it either. Everything we did seemed normal, like a matter of course. It was November when we first met elsewhere. I was someplace near his office so we decided to meet up for lunch. I never do this, you know, he told me. Do what, I asked. Go out for lunch during work, he said. And when he did, I felt special. I was twenty, fresh out of college and it all felt grown-up, meeting with a married man for lunch someplace near his office.

We went out again soon after that to catch a screening of a Pixar movie. The theater was packed with fathers and mothers and sons and daughters, but he held my hand as soon as the lights went out, and I laid my head on his shoulder as I teared up during the saddest sequence. We were back at the cinema by December despite him feeling under the weather. He drove me home after, steering the wheel with one hand and holding mine with the other.

I had told him about my January vigils. It started in college when I traveled north on a last minute trip, alone, for a weekend. It has since become a habit to travel north, someplace quiet and cold for a week to celebrate my birthday. Can I come with you, he asked. I was unsure then if he was being sincere. (It was the second of several times during those months that I doubted his sincerity; the first was when he invited me to a party with his friends the morning after our first night, which I dismissed as an attempt at flirting.) We made plans for the trip every time we were together, but it was only when he was sitting next to me on the last bus ride one January night, holding my hand as we drove out of the station, that I believed he was being sincere when he asked if he could come with me.

Once again, the trip felt normal — a matter of course. Unlike the times I was on those vigils alone, all we did was walk and eat and smoke and get intimate. We celebrated my twenty-first birthday with Korean food and lava cake. We mostly stayed inside because it was raining a lot and the ground turned muddy.

After some nights, we moved to another town, and soon after that, he had to return to the city to work, and I was left alone. I could kiss you right now, he told me on our last day together at the park before he boarded a taxi to the bus station. But you won’t, I thought to myself as I smiled a little smile. 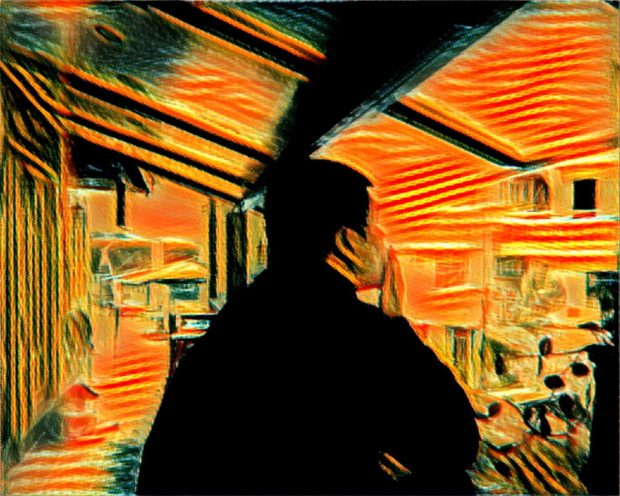 We would only meet once more after that trip. Almost two months after I returned home, I went back to his place and stayed the night. The morning after, we went to the station where he would take the southbound train to work and I the northbound one for home. The trains were taking unusually long that morning, and we stood across each other on opposite platforms, beaming as we exchanged texts and glances.

In retrospect, I guess that moment did look like an ending to something. The image of him boarding the train and the train departing was like a fade-out shot of a gentle movie, a film dissolving from something to nothing.

We spent intoxicating nights and tender mornings together. We shared breakfasts and cigarettes, held hands while walking or driving or watching a movie. When the high would dissipate, we would talk about our own plans, of him transferring to another firm and me finding my first full-time job. Those were carefree days. And without me knowing, all of that would end that April morning, and what would remain are uneven images and phantasmagoric impressions.

I remember crying some nights, lying next to him, knowing I had something good but fleeting. I remember the evenings and mornings of takeouts. I remember him gazing at my face as I tie my shoes before leaving the morning after our first night, and I remember him another night kissing my cheek twice as I fell asleep. At one point I even remember asking, Am I deluded enough to call this man mine?

This man who likes black shirts and OPM. This man who likes taking photographs and having them framed and hanged on the walls of his place. This man who’s always been a hard worker, in college when he worked at a fast-food chain to support his education, and now, working overtime on weekdays and rushing to the province on weekends to be with his daughter and parents. This sweet man and his cheeky, boyish smile. This married man who’s twelve years older and much wiser.

Two years later, I still don’t know how and why those months abruptly ended. I have a theory that it ended simply because we failed to put in the effort for it to become something more than a fleeting non-relationship. We treated whatever it was as something that could only be enjoyed at that precise moment, so it did not matter that those seven months felt like a year or two because it was always going to be temporary.

Two years later, I still don’t know what to do with these memories. Maybe the moral of the story is to believe that people can be sincere with their feelings, regardless of the chance that the recipient is a stranger twelve years younger. Or maybe it never mattered if what we had was not something distinctly unique, as long as it was to me. Or maybe the lesson of all this is that the time we had was brief because a beautiful moment is something you grab and experience at its peak and not bottle up for a rainy day, like capturing light as soon as it touches the surface. If only I understood how light behaves.

October to April. Come Christmastime, eight months after we last saw each other at the train station, he sent me a holiday greeting. I asked how he was doing and how old his daughter was now. He asked when we were going to take another trip. Now you’ve got to be shitting me, I thought to myself, before deleting his number for good.

Renzo Acosta is an editorial assistant at INQUIRER.net who also writes for the website when inspiration and motivation strike. He reads books, watches films, surveys images and makes sense of memories. “In writing while on lockdown, I learned that every narrative presents an image in which the text of the story lies,” he says, “and it’s essentially the writer’s job to exhume it.”