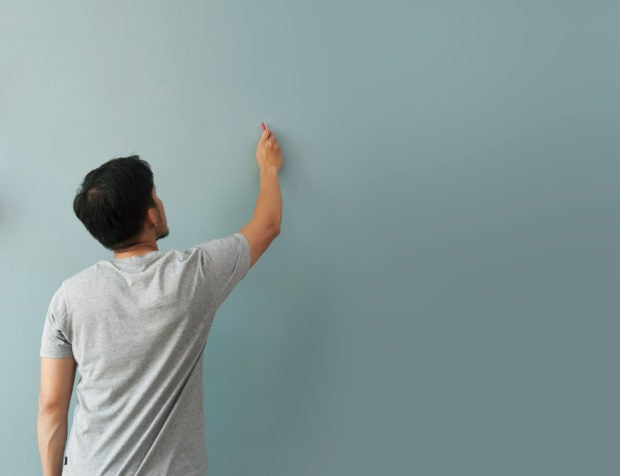 I had a professor in Philosophy who once told the class how he doesn’t get the point of marriage between two men.

“I mean, why?” he asked, and then he did something with his left and right forefingers. “Is it for the sword fight?”

No one laughed in the room full of millennials and Gen Z students. I was at the last row of chairs and all I could see of my classmates were the back of their heads, which were all motionless, perhaps they were just looking at the PowerPoint flashed on the whiteboard. We were talking about Plato and Aristotle and a painting of them glowed in front of us.

I wasn’t sure what to feel about the remark, although part of me felt that impulse to walk out the door and close it with a bang. Just to make a point. The thing is, I had dropped the same subject for the previous semester. I was a call center agent and had trouble staying awake during my Saturday post-grad classes. I was transferred to a day shift account though, so I had the chance to retake the same subject to move on with my pursuit for MA.

So as much as I wanted to make a statement, I had to shut up and be the good Catholic this time. I actually had high hopes for that class. The professor was the sort of middle-aged type who tells us that if we don’t ask questions — if we don’t argue and just accept whatever he says — then he’d consider himself a failure. That inspired me. I told myself that if some school makes the mistake of hiring me as a teacher in the distant future, I’d like to be competent enough that my students won’t hesitate to crash head-on with my ideas. It would be a pleasure to be taught a lesson by the same people you thought you’re teaching.

Much of the people I know are taking their MAs to step up their game in the academe. Being a teacher now would be nice, but I have stage fright and I don’t think that given my age and level of maturity, I would set any flattering example to the people who’d soon decide the future of our country. I am also yet to have complains about my simple job. But it never escaped my mind that at some point in time — maybe if I am old enough to be wise and to grow hair out of my ears — I might become a teacher. For now though, my main purpose for taking up a masters in Creative Writing is to learn more about that art which both tortured me and gave me a purpose for moving uphill in life. Think about Sisyphus and his beloved boulder.

But here’s a confession: I am not big on philosophy. Abstractions make me feel dumber than I already am, and no matter how well-meaning the prof is, I couldn’t help but feel attacked when faced with -isms and -ologies. Perhaps it’s because my IQ had long dipped under “low” following the years of night-shift-induced sleep deprivation. Or perhaps it’s because I’ve always understood life in terms of things that go through the senses. I am proud to report though that I failed none of my philosophy courses before narrowly getting out of college. That’s quite an achievement. Still, it was awkward that the subject the professor taught was a prerequisite.

I braved through it though. I sat there watching the professor untangle his beliefs through his rhetoric of matter and forms.

“A bed, for example,” he said, “is meant to be slept on. You shouldn’t study while in bed because it’s made for sleeping. You won’t study much because your body is meant to sleep on it. It’s the same for marriage. Man is made for woman.”

I have my own beliefs on religion, politics, sexuality and the metaphysical purposes of a Uratex mattress. I don’t think though that anyone would be interested. So all I can do is ask myself if I indeed have full autonomy on the body I am given. The obvious answer is no, if we are to follow the prof’s logic.

But neither do I think that people marry just because they want to stick things into each other. Also, a baby can be conceived on a kitchen counter and still be born with a working brain and efficient set of limbs. It might even turn out to be successful in the future.

But then again, what am I but a student. An extremely shy one at that. I still have a lot to learn, which is why I didn’t storm out or even raise my hand to object (also, I wasn’t in the mood to fill out the same paper work to drop the same subject). I am not equipped with the jargon of philosophy. To be frank, I don’t think I ever will. What I know is I have other things to learn, and I can learn them perhaps by staying. And by staying, perhaps I’d be armed enough to bury outdated ideas six hundred feet under.

I guess I have a lot to learn about bigotry, empathy, beliefs, or about swordfights or the meaning of stained bedsheets. By the time I understand all these, I hope I won’t be that sort of man who quotes obscure books and who wears the same garb for days, preaching on the streets about salvation or the pressing need to be a virgin.

I hope I’d be at least that college instructor no student really remembers, or a writer whom no one cares for. Or in the likely scenario that I do not become any of these iterations I dream of, perhaps I could get back to my philosophy professor, the one I chose not to duel, and finally tell him, for whatever it’s worth, “Hey, I think you’re not a failure. Let me tell you why.”

George G. Deoso is a communication skills trainer from Quezon City. He took up literature from the University of Santos Tomas, and earned fellowships for poetry from the 56th Silliman, 18th Iyas and 17th UST national writers workshops, as well as from De La Salle University’s 1st IWP Alumni Writers Workshop. George wishes for “everyone to stay safe, sane, and to still find reasons to live and love in these trying times.”

No change until we learn

Why I cannot quarantine my mouth