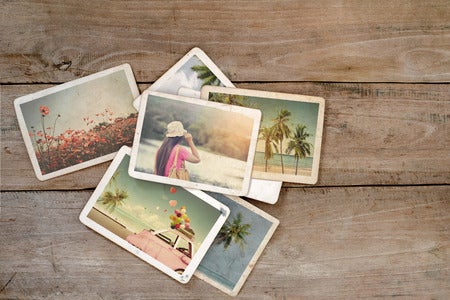 “Ang ganda n’ya, ‘no?” This was the first of the thousand compliments I uttered for her.

I was fortunate to catch her slay the stage one February night when she played as the understudy for a two-hour one woman show. That day, I originally planned to jog around the campus after my meeting but my colleagues suggested that I should watch her play instead. I obliged. Since I didn’t really plan to watch, I was only wearing a simple shirt, shorts and rubber shoes — a not-so-special #OOTD for a happenstance I had no idea would kindle a flame.

In case you’re thinking this is about love at first sight, no, it’s anything but that. Yes, I found her beautiful. And yes, I admired her a lot after seeing her pull off that two-hour one woman performance. But I didn’t instantly fall for her that evening. All I had was an innocent girl crush. Nothing more, nothing less. I congratulated her on Facebook and she thanked me. And that was it, at least for now.
Sometime in April, I needed two actresses for a scene study exercise under my directing class. I was supposed to direct Scene 53 of “Electra”. I asked her if she would love to play the role of Electra. She said yes. But to my demise, the exercise was cancelled by our professor.

In May, I followed her on Instagram and she followed me back. No significant interaction really happened between us. We just watched each other’s stories. And because she’s my girl crush, I couldn’t help but blush every time I see her username on my story viewers list.

One night, she started a live story on Instagram. She was drinking with her friends and singing songs with mismatched lyrics. I found it so funny, I sent her a DM.

We talked everyday since that night. I found myself getting excited every time my phone pops up with a notification from her. We had nothing but virtual exchanges, the kind that could be ended by a simply being seenzoned. But during that time, as mundane as they were, I lived for those short exchanges.

Our virtual friendship turned into something more real when we both became part of a play in June. Our rehearsals were a battle. I had to constantly fight my anxiety and my demons. One thing that kept me going is the fact that I would see her. She looked so good in white, in black, and in any color for that matter. Unaware as she was, she was my sanity during those troubled days.

I happened to have a gift certificate of an overnight stay for two in a luxury hotel and P6,000-worth of gift certificates from a local airline. I invited her to a hotel staycation. That weekend, I found out how much I love her company. I realized that even without the five-star hotel amenities, the pizza and beer, I would find that weekend delightful just because I was with her. We could probably visit a polluted tributary and I’d still be happy.

Conversations with her were infinite. We could analyze characters from a play, talk about places we dream to visit, share random musings about life, discuss our own crazy. I loved conversing with her to the point that I forget to check my phone. That said a lot because I’m married to my phone.

One time I asked her if she has taken a plane ride and she said no because she has a fear of heights.

“Help me conquer my fear,” she said. I said that the only way to do that is for her to ride a plane. And that was when we used my airline GC’s and booked a flight to Coron, Palawan.

It was September when we flew away from reality, to save whatever’s left of our sanity. For a while, we were in a universe where no traffic crossed our minds, but only enjoyable tricycle rides. Our academic-and-production-related troubles lay forgotten, almost as if they didn’t exist, as we snorkeled above the rich underwater life of Coron and felt as if we belong in the world of the aquatic. We had no space for all the bothersome issues, only for blue waters and white sand beaches, scenic rock formations and diverse underwater ecosystem. We lived for the next view that we were going to see. We ate to our hearts’ content and realized that we’d never forget our meal of fettuccine carbonara and margherita pizza. Every moment was Instagram-worthy.

While we were on the boat, she told me that her takeaway from the tour was she shouldn’t limit herself because the universe offers plenty of possibilities. “What a joy it is to be alive,” she said. I was so happy about the fact that she was happy. I would live in that moment over and over again if I could.

Our time in Coron made me understand what Gabriel Garcia Marquez meant when he said, “It is enough for me to be sure that you and I exist at this moment.” I couldn’t be any more grateful for the chance to be in the most beautiful island with the most beautiful girl.

But after everything, I still hadn’t told her that I like her. That she’s one of the most special ones who’s ever stepped into my universe because she’s the girl who made me realize that I can like girls. That I’m willing to offer her all the love I’ve been saving for the past 23 years.

I was afraid of the repercussions. I was afraid of her reaction, of my reaction. I was afraid that if I tell her, she might go away or I might go away. Most of all, I was afraid to lose the friendship, to lose her.
Still, I decided to tell her. I’m not confrontational so I told her in the best way I know how — through writing. I could’ve just sent her a PM on messenger or a DM on Instagram, but my heart knew that it wouldn’t give justice to what I had to do because she is worth more than Facebook waves and whatnots. I made her a mosaic composed of 100 happy photos I took of her during our escapades. I printed it and wrote my confession at the back.

It took a week and some days before I got my answer.

Though I prepared myself for it, my heart broke into a thousand galaxies, and I felt like those pieces joined the stars in the night sky. After all, the stars we see are already dead.

She developed a romantic thing with someone. I knew that I don’t have the right to feel anything about it or probably even have a reaction to it but since when have feelings become logical? Since never. I wasn’t sure how I felt. But for the sake of things, I made myself believe that I was mad. Because anger is the easiest emotion, at least for me. And no, I wasn’t mad at her. I didn’t have the capacity to ever be mad at her. I was mad at the universe. Mad for putting me in this chaos.

How was I to understand? If the purpose of this were to make me discover that I could like girls, then why did the universe make me fall for someone who couldn’t love me back?

I guess that no matter how whole or stable or willing you are to give the world to someone, if you are not whom she needs, then there’s really no way. Yes, you might be the better candidate, the best even, but if you’re not whom that person needs, another person can just enter the room even if he were all sorts of broken, kiss the girl you have genuinely cared for, and win her anyway, no matter what you do. No matter if you take her to her first flight. No matter if you bring her to an island paradise. No matter if you remind her everyday how beautiful and talented she is. I had to tell myself over and over: NO. MATTER. WHAT.

I regret nothing though. Nothing could replace the bliss I felt when we started talking, the happiness her company brought to my life, having the chance to know her and share her world even in small ways. And yes, we’ll always have something that’s only ours. And it’s not like she got married or something. After all, I’ve learned long before that I should never take things personally. Come to think of it, I will miss experiences such as this in the future, when I’m facing much more difficult challenges. One day, I’ll look back and laugh at the fact that years ago, my only problem was the first girl I liked didn’t like me back. Also, for what it’s worth, I’m thankful for the feelings. I’ve been indifferent for so long.

She would always be my personal brand of golden hour. The golden hour is the best time for photographs, the same way that she’s the best subject of my shots. The golden hour is the most awaited part of the day, like she’s the most awaited part of my day. But like all golden hours, she could only last for a specific period of time, no matter how long people waited for it. And I was left with darkness the moment she was gone. But I will never trade our borrowed time for anything, because at the end of the day, she was worth breaking my heart for.

I’ve realized that although I don’t usually give myself much credit, this whole thing has been brave of me. I hope I stay this way — genuine even in the face of uncertainty, bold despite the possibility of rejection. Unconventional. Courageous. Whole.

It was fate that led me to watch her show that night. But it was also fate which thought me that we’re better off as friends. I don’t live in a universe wherein we could be more than that, but at least I get to keep her energy in my world. She would have been lucky to have me (and I, her). But it’s a possibility not for this particular universe, so I would cling to the hope that one day, somebody else will come.

Her beauty was the substance of the very first of the countless compliments I uttered for her. And I think I now know why that was so, as I remember her and still see beauty.

Alecks Ambayec, from the University of the Philippines, is an environmental advocate by day and an aspiring actress by night. She finds delight in traveling, literature, writing and photography.