Falling out of love with Lang Leav: An open letter to the poet from a former fan | Inquirer Opinion
Close
menu
search 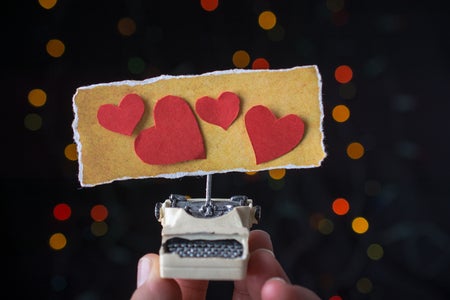 [A note to our readers: Ten days before Valentine’s Day, we received a contribution from a highly enthusiastic reader, hoping her short and frank essay, called “Why I’m not in love with Lang Leav” would be chosen to be our offering for this readers’ column’s, shall we say, Christmas Day. But it so happened that we have already made the choice of essay in advance, have prepared the photographs to be used, cued the special video we also intended to release on the day, everything already set.

Still we saw in her contribution a dissenting voice which we thought needed to be heard, amid the fanfare we expected would rise as soon as Lang Leav steps on Philippine soil again, in time to promote her latest book. So we decided to wait, reached out to the reader and informed her that we will put out her piece, only it would have to be around the time when Leav has already made her Philippine visit, after Valentine’s Day.

But things took a rather loveless turn even faster than we thought, as soon as Leav came, granted her interviews and signed the books for her fans. The local literary scene, a very small scene composed of even smaller and smaller circles, was suddenly faced with a surprisingly energetic discourse: the immense popularity of Lang Leav’s work here in the Philippines vs. the supposed elitism and gatekeeping that dismisses her work as questionable poetry. A lot has already been said, the most articulate of voices have explained their arguments, and the backlash on those who have spoken and gave unpopular opinions have been severe. It is really sad, because while everyone fought and argued, Leav still gets to keep her massive earnings from the sales of her books, while our local poets, majority of them powerless, without clout, struggling to make ends meet, unknown to the world, remain unread. Not Leav’s fault of course, only ours.

Had we known all these would happen, we would have just asked the essayist to go interview Lang Leav, to maybe ask the poet, beloved by many Filipinos, one question: “Would you be open to working with Filipino poets on projects that would promote the reading of Philippine poetry, given your powerful hold on Filipino readers?”

Imagine Lang Leav, a guest by one of our many government agencies tasked to promote the arts and reading, actually reading a poem by a Filipino poet. Imagine her taking shots of a page of a book of Philippine poetry, and posting it on her social media accounts, for her army of Filipino fans to see. Or maybe Ms. Leav, with the creativity and savvy of her management and marketing team, may even have better ideas. Maybe the agencies responsible for bringing poetry and the arts closer to our people can learn from them.

Should Ms. Leav chance upon this question, we look forward to hearing her answer. But still, we had that dilemma: what to do with the no-love-for-Leav-at-all contribution we have at hand? There’s not much in it that has not yet been said by others — except for one singular point — so what’s the point in adding to the noise and fanning the fire? It may be even harder to convince Leav to cooperate with the local scene if she continues to receive blows.

And there are other contributions lined up, by readers willing to open up and share the best they could from the loves or lovelessness of their lives. This space is for them. And yet that includes our non-Leav fan contributor. What to do? What to do…

As early as Feb. 3, when she first made her submission, we asked the reader if she is ready to be bashed by the legions of Lang Leav fans. She said she is. We asked her if she is ready to be laughed at by academics. She said she is. When we asked her to re-write her original draft in light of the current arguments, to focus only on the point that concerns her as a reader, she obliged. When we experimented yesterday, March 1, taking advantage of the leeway she gave us, by coming up with a just-for-fun found poetry attempt, she was a sport. When we discussed with her today, March 2, if she can come up with another draft, she did so in a few hours. What perseverance! And it may just have something to do with her being a former Lang Leav fan. What follows now is her address to the poet she once loved.]

A favorite poet of yours, Robert Frost, ends one of his most famous poems with the decision to take the road less traveled by. Ultimately in the poem, the persona’s success (or failure) would be the difference that resulted in going down that rare path.

For some time in the past, I walked the path that you laid down with your earlier verses. I read you, and not just in passing. I was a fan. Not many people know this about me, but I was one of those starry-eyed girls who ogled over your works. One particular anecdote that punctuates this phase in my life as a reader is when I shared an elevator ride with you.

With my laptop in one hand, and a sort of intrigue in my head, I looked over to you and squinted my eyes before asking, “Lang Leav, is that you?” You turned to me, your bangs brushing gently on your forehead as you nodded in response. A photo op eventually followed, my twenty-year old self secretly regretting that I didn’t request you to sign my book.

The years would fly by and your works constantly came out, book after book, until you have six successful ones, each one flying off the shelf faster than the next. But amidst all the accolades bestowed on you by your growing number of fans, there was a loss on this one fan, me, in the process.

Critics and academics have often poked fun on your use of spaces on the pages, how the shortest of lines are made to occupy too much, as if begging for much attention. I do not have a problem with the length of your work, nor the way you generously use paper. I’ve encountered this with David Levithan, who did the same with “The Lover’s Dictionary”, where he spells out the ups and downs of a fictional relationship with a lover through definitions, definitions of which are succinct in nature. You have your methods of telling your story, we all do, and as someone who used to read you, I accepted and even appreciated this. But eventually, after continuously reading you, I came to realize that beyond how your words look on the page, it is your messages that do not sit well with me anymore.

When I first became your reader, I was really young. I am actually happy and proud to be part of a generation that embraces its awareness about social issues. In this day and age, we speak about women empowerment, one thing I am passionate about, and you said so yourself that you champion the female when you write – again something that I highly took note of about you. Of course we are sure you are equally aware of the #MeToo movement, a good cause to have your readers learn and support.

But then you have this in your anthology:

“He only wants you
when he can’t have you.
So why don’t you give him
what he wants.”

I read this and asked myself: does your cause of helping empower women end here? How does this champion the movement, or both men and women for that matter? I thought that even if you switch the pronouns to have all your readers relate, is this really the message you want to share to your readers? That a “no” can ultimately mean a “yes” if one is persistent, despite obvious hints at not being valued or appreciated?

Questions like that bothered me more than issues such as, say, you being cited as one of the leaders of the so-called Instapoetry movement. I see no issue in you leading any poetry movement whatsoever, if the movement especially becomes an opportunity that you seize. After all, your influence does not merely lie within yourself. You now have the rare chance to help empower and make your fanbase grow through your words. Sadly, I slowly got to realize that maybe you do not care much for growth anymore, which is probably why your work-after-work now just looks exactly the same, bearing the same old questionable messages.

“Love and Misadventure” your work that got me reading you, boasts of a grandeur that’s the ideal of love, which you have projected to the world – and I can only hope you have that indeed with your partner Michael Faudet. But looking back and flipping through pages of your succeeding prints, why do they feel so ordinary?

It does not answer my question and it saddens me to think that maybe you do not really find the need to answer any questions. You have chosen to settle, and settling is something that not only goes against poetry, but literature and even love as a whole.

That sentence does not even come from “Love and Misadventure”, but from your most recent work “Love Looks Pretty On You”. I want to ask again, directly this time – why does it feel that regression and stunted growth is at play? Shouldn’t I be growing in your work? Shouldn’t we be growing together, you as poet and I your reader? Now, I only feel like I’m playing the victim every time I read you.

Your voice should already be resoundingly clear, what with your known use of plain words, but all I can hear now is a conscious spell for the sake of relatability, like in this one called “Loyalty”:

“The only ones
they can turn
against you
are those
who were never
with you.”

I’ve been lost but I wish to return to Frost’s famous crossroads, to part from the crowd that still follows you, so I can take the road less traveled. My “misadventure” is taking a detour.

Tiffany Jillian Go works as a communications executive. She watches television shows, writes sometimes, and plays The Sims 4. She is amazed by the #MeToo movement, and commends Penn Badgley of the television series “You” for “[acknowledging] that his eye candy character could induce cavities.”