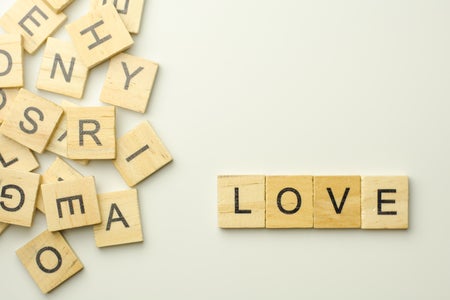 This girl I know used to have a thing with a popular artist some years back.

This floored us; my friend liked her men good-looking, almost movie star-pretty. We didn’t think she’d settle for someone who simply worked with movie stars.

The artist was not what you would call conventionally good-looking. But he was talented, with his own growing legion of fans.

But my friend did not mind. The artist was smart and had a lot of interesting things to say, even though it was him who did most of the talking.

She thought it was because the artist was very “intense about his art.”

“Ang dami n’yang gustong gawin sa buhay niya,” she said. “He cares so much for his art.”

It wasn’t clear if being in a relationship was among the things he wanted to do with his life, but they kept on going out anyway.

On April Fools Day, my friend texted the artist.

My friend replied, “I love you.”

It took a couple of years before my friend and the artist talked to each other again.

Another friend almost hooked up with M, an actor.

My friend and M met each other at a showbiz event a few years back. They would message each other occasionally.

My friend had just broken up with her boyfriend of many years. He asked her if she’d want to come to his condo unit to hang out. She said yes.

M was cute and had a body to die for. He also defied the usual showbiz pretty boy stereotypes. He was well-educated and very articulate and well-read; he read Charles Bukowski, Haruki Murakami and Robert Frost.

It’s not the most impressive list for her, but she said, “I’ll be a spinster before I meet another celebrity who has read Charles Bukowski, Haruki Murakami and Robert Frost.”

Unlike the usual showbiz cliche, my friend was willing to fall in love again right after her breakup.

She did not harbor any illusions that M was “the one.” But if he was, it wouldn’t be so bad.

Days before their “hang out,” the celebrity would send my friend sweet messages, telling her he’s looking forward to their date. I’d fetch you after work, he said. Would you want to stay the night, too?

On the day of their date, M changed his tone.

My friend did not want any of it. She was an adult, she knew what she was getting herself into. Yet, it didn’t feel right.

M apologized the next day. My friend accepted the apology. But that was the end of it.

She told me the story a few days after it happened.

“Don’t you read showbiz news,” I asked. “Didn’t you know he has a girlfriend?”

A friend of a friend had a crush on a barista from a popular coffee shop chain.

The friend of a friend thought the barista was so cute that he frequented the coffee shop branch where he worked.

After spending a fortune on iced blended drinks and iced teas, he eventually got the barista’s number.

“Labas tayo,” the friend of a friend texted the barista.

He obliged. Maybe the barista wasn’t making a lot of money? So he took the barista out for dinner. And then they had another dinner. And then another. The dinner dates always happened after or in between the barista’s shift at work, and always at a restaurant that’s a few minutes away from the coffee shop. The barista never paid for a single meal.

When they had eaten at all the restaurants within the vicinity of the coffee shop, he finally asked the barista, “Are we officially dating?”

But I stuck with him, spelling errors and all, because a friend said you shouldn’t correct people too much if you want to sleep with them.

Almost three years into the relationship, he broke up with me. “I want to be alone,” he said. “I’m not ready to be in a long-term relationship.”

A few months later, I learned from a common friend that he had gotten himself a girlfriend just a couple of weeks after our breakup.

And that he and the girlfriend were engaged to get married.

And that he still did not know how to spell weird.

Would the relationship have ended differently had I corrected him?

Chuck D. Smith writes essays. He also works as a public relations officer in an independent film company. He earned a fellowship for creative nonfiction in the 2nd International Writing Program Alumni Writers Workshop. This year, he won third prize for his essay “Origin Story” at the 68th Carlos Palanca Memorial Awards for Literature.