Questions for a dead lover 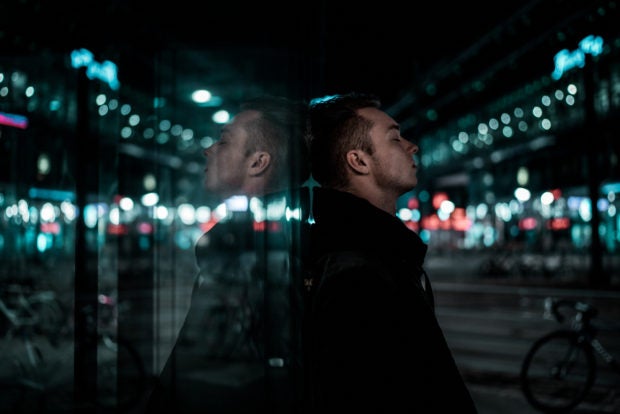 Do you know that part of the world that came to life when you died?

Take, for instance, the nearby apartment now obvious with its occupants: a doctor, his wife and their kids. They tend to make their presence felt in the morning; a sequence of doors being opened and closed, the undercurrent of the father’s tirade about the importance of punctuality. I hear those now instead of you — you and your catalog of mid-80s noise pop, you and the Vine-sourced soundbites converted to phone alerts, you and your seemingly endless questions about my work, you reminding me that I matter.

Do you know that there are a lot of birds in this side of the city? I didn’t know that when you were around, but I see more of them now. There are mornings when I’d find them picking up crumbs left on plates — plates that you wouldn’t have forgotten to wash before bed; plates by the window you wouldn’t have forgotten to close. I also see more mice these days. The little hooligans seem to have become more brazen in exploring the world outside the cabinet where you use to leave chips and bread crumbs for them. I should remember to do that before they start munching on my stuff.

Do you know that there is a church near the building where I used to work? That it lights its cross in the evening? Do you know that about an hour after it does, one of the walkways I used to pass would echo with the sound of an electric guitar accompanying a blind man’s voice? I know this because I started working late after you passed. There was no point in going home early if I’m not hurrying to be with you.

Do you know why you can’t hear a pterodactyl when he goes to the bathroom? Because his “p” is silent. An old joke, I know, but I only heard it recently from a friend. I laughed, of course, but mostly because of how amused he was of himself. I should tell you though, that I went outside for a smoke after that. I kept my gaze on the lights holding together the silhouettes of Ortigas Center. I watched as they slowly grew spikes in response to my eyes welling up. I do remember how you love telling those “funny because how bad they are” jokes when I’m upset. I do remember how you’d refuse to stop until I pursed my lips to prevent them from cracking into a smile.

Do you know that I still walk the same streets we used to pass on although they now seem different? There are many things calling my attention these days — from the voices of strangers in place of yours, to the intrigue of corners and alleyways normally obscured by your frame, to the vortex that has become of a world now laboring to replace you. It is ironic when you think about it. Weren’t you the one who left? Then why am I the one who feels like a foreigner in this place we called home?

I realized not too long ago that I can take your place. I can stay in this city where you stayed. I can fill a room with the music you like. I can close the windows, wash the plates, feed mice and tell jokes. I can wear your clothes too. I can sink my feet in the hollows of your shoes.
But what of the places I can’t reach? What of the eardrums that have grown accustomed to your voice? What of the insides that seem to soften in response to you? What of the heart? Yes. What of it?

It seems that I can wear absence, sir. But, what I want to know is this: how do I prevent your absence from wearing me?

Angelo Cantera is a contributing editor at the independent culture and lifestyle platform Manileño. His writings and photography have appeared in numerous publications. He has a soft spot for animals. He won’t even kill mosquitos. He will probably die of dengue because of that.

Fan mail for the Black Mamba