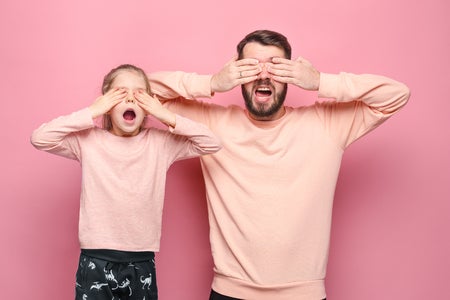 Today, it’s been eight years since I last saw you.

I’ve been going through your old photographs, the ones I was able to save. It made me wonder how keeping tabs back then would have been easier, if you had a social media account. We kids were online almost all the time, and it didn’t take long for mom to get hooked on those cheesy Facebook games. I guess I was kind of hoping you’d catch on. But then again, you weren’t the type to use Facebook. You didn’t care about all the hype and chatter; you valued time alone and enjoyed your solitude.

You were a man of few words. But despite your authority and brooding nature, you still managed to make us laugh. We grew up with your awkward tito jokes and embarrassing pranks.

I remember how you used to make fun of us kids during car rides. We’d be stuck in traffic and you’d figure out a way to make our boring ride ‘interesting.’ You’d roll down the window and put the car stereo on full blast. Passers-by would give you a puzzled stare, but you didn’t care.

As if that wasn’t enough, you’d sing along really loud to The Everly Brothers, The Beach Boys, or Nat King Cole, serenading unsuspecting passengers in the other cars. Kuya would beg you to stop, and mom would laugh it off while telling you to quit it. You’d eventually stop, but not before people gave us annoyed looks.

How about that time you ordered Jolly Hotdog at McDonald’s? The girl at the counter didn’t know how to react. I was so ashamed, I wanted to drag you out of there! Thankfully you told her you were kidding. And don’t get me started about your attempt to scare us with ‘Maynila’ — the fictional monster you brought to life by removing your dentures under dim lights. Fun times, now that I’m looking back (you really scared the hell out of me, thanks!).

But here’s one of my fondest memories of you: how you treasured weekends in your room, reclined in your favorite Lazyboy, watching movies as if Monday would never come. For some reason, you rarely came to the cinemas with us.

We rented VHS tapes and laser discs. What huge artifacts now, we could’ve made plates out of those! We watched ’90s action flicks — Sylvester Stalllone in “Rocky” and “Rambo”, Arnold Schwarzenegger in “The Terminator”, and Jean-Claude Van Damme in “Universal Soldier”. Yes, I still recall a few of your favorite movies. You really just wanted to laze around at home. I guess I’ve become quite the home buddy because I actually take after you.

Sometimes you’d even watch the same film twice that weekend, “para masulit” before returning it to the video store. Mom had a hard time convincing you to go out on Sundays because you’d rather chill at home. And when movie rental shops died out, you were an avid buyer of fake DVDs in Greenhills and random stalls in Q.C. It didn’t take long before we accumulated shelves of those.

The last time I checked, we still have most of your DVD collection. And by ‘last time,’ it was when we renovated the house in 2012.

You see, after you’ve gone, we only kept a few of your stuff. We had to clean up a lot of clutter, repaint the walls and change the furniture. Basically, mom had the entire house redesigned. It looks so different today, you might not recognize it anymore. But I still think you would have enjoyed hanging out at the living room now.

And here’s some surprising news: I moved out last year. I know, right? I can’t believe it’s been that long too. I’m renting a place somewhere now. Nothing fancy. Just a room with a balcony overlooking the city. I left just before I took a job near Makati. But don’t worry, Pops! I still go home to mom and kuya on most weekends. I’ll make sure to check your DVD collection and watch those flicks for old times’ sake this coming Father’s Day.

Come to think of it, you would have loved watching movies at home now. It’s so much easier. We’ve got Netflix, Hulu, iFlix — you could binge-watch all the films you want! Like me, you’ll lose more sleep, but at least your mind is alive with wonder before you go back to the drone of tiresome work. Lack of sleep is a small price to pay, really.

Speaking of losing sleep, one of my earliest memories of you involved late nights and reheated food. Remember how you’d find me awake, and let me go with you to the kitchen for a midnight snack? You were careful not to wake mom, making sure she didn’t know I wasn’t in bed.

At first, I didn’t feel like eating, given it was so late. But over the years, I came to love snacking at night — ginisang monggo, sinigang na baboy, tortang talong — whatever leftovers we had that night. You always made sure to pair our meal with fresh salted red eggs (I didn’t really like that stuff, but I happen to like it now, thanks to you). Even without leftovers, you were content with spicy sardines and cold rice from the fridge. As a kid, I really looked forward to those times.

I miss you, Pops. It’s no wonder I sleep late and crave hearty meals in the wee hours. It’s a hard habit to break.

It’s been eight years since you passed away. Strange how I only recover more memories as more time passes. Good ones, and not so good ones. I’m grateful for them all. Though it’s still hard to believe you’re gone, I’m happy you’ve found eternal peace. Wherever you are, memories of you will always stay with me.

Lately, when I find myself alone at night, I make a large bowl of instant noodles and hard-boiled egg. I turn on the TV for a film, or watch a freshly downloaded one. It hardly feels anything like the midnight meals we used to have. But it’s cool. Now and then, I do this ritual to remember you.

Corin B. Arenas writes poems and essays. Having earned her master’s degree in creative writing from the University of the Philippines, her poems have been published in anthologies locally; and abroad via “Tremble: The University of Canberra Vice-Chancellor’s International Poetry Prize 2016 Anthology” and “Carcinogenic Poetry Anthology Vol. 2” of Virgogray Press, Texas. Her first poetry collection, the chapbook “Life in Loop”, was independently released in 2016. She also earned fellowships for poetry in the Silliman and Iyas national writing workshops. Arenas works as a managing editor for a health and lifestyle website.