Fan mail for the Black Mamba 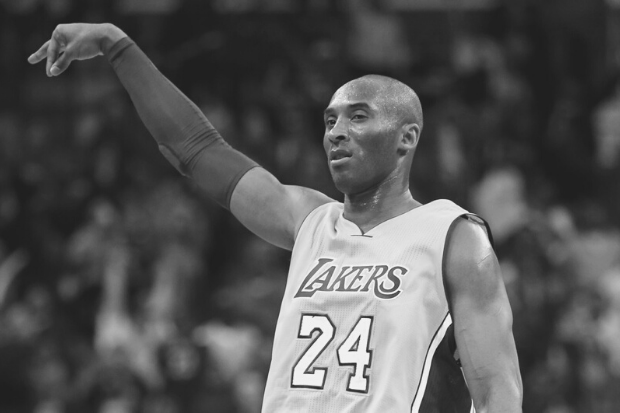 It’s been days, and I still can’t believe what happened. I followed your career as I was growing up, and one of the things that stood out the most to me about you was how you always just seemed to will your way through pain. I thought you’d just emerge from the crash, Mamba scowl and all, and still make it to the basketball game along with the other passengers. Something about you always just seemed so superhuman, and you always said it was your love for the game that kept you going. And you proved that time and time and time again.

I could start at any point in your Lakers tenure and find a story of you overcoming the pain. There was the broken right wrist in 1999 that didn’t stop you from practicing with your left; the ankle sprain in the 2000 NBA Finals that you won game 4 on; and the broken index finger during the 2009 to 2010 season that still culminated in you winning a title in an epic game 7 against your team’s archrival Boston Celtics. There are so many more, but my personal favorite is the free throws on the ruptured Achilles tendon in 2013.

You’d been playing a ton of minutes on a Lakers team that was performing way below expectations and was in danger of missing the playoffs. Not if you had anything to say about it, of course. So you played as much as the team needed, scrapped and clawed for wins, and then — the ruptured Achilles happened. The context made the moment even more legendary: it was a close game, and your team needed everything you could give them, so you just tried to pull the tendon up, realized it wasn’t there, walked to the free throw line with tears in your eyes, and made two free throws which eventually led to the victory. You walked off the court not knowing whether or not you just played your last game, but you wouldn’t have done it any other way. That’s when I knew that you were a legend.

People might know and remember you for the amazing things you did on the basketball court. What people might not know, though, is how much you loved the game; how you let that love and passion consume you and drive you to challenge yourself every day. To put in extra hours when everyone couldn’t. To feel exhausted, to be in pain, but still be able to pick yourself up to get to work. I consider my self lucky to have witnessed most of your career and the great things you accomplished, which I realize now was your love letter to the game — read aloud whenever you were in the spotlight hitting buzzer-beaters, but written when the lights went off and you were pushing yourself even when nobody was watching.

When you retired from basketball, I was in tears. I couldn’t believe that my hero’s story was coming to an end and that the player who showed me how to fall in love with the game, and he who toiled to be great, was finally lacing up his sneakers for the last time. Little did I know that you were just getting started.

In the years after you left the game, you showed a side to yourself that I hadn’t really seen before. I grew up loving Kobe the player: ruthless, intense, and sometimes misunderstood. Your life after basketball revolved around your family and your desire to be present as your daughters grew up. It was also manifest in your passion for storytelling and teaching the next generation. That revealed a thoughtful, caring and well-loved dad and mentor Kobe, which, now that I think about it, isn’t really much different from Kobe the player. You still had the insane work ethic, you were still a self-proclaimed sponge trying to soak up new knowledge every day, and you were still as competitive as ever; it’s just that you had new things to fill your heart with. As somebody who values his family and hopes to teach young minds in the future, I was even more inspired by you. To live a life as fulfilling as yours, after walking away from something you had done for most of your life, was truly a joy to see.

I always thought that I’d have news of your exploits to look forward to as I grew older. You’d do something cool like win an Oscar, celebrate your wedding anniversary at Disneyland, make peace with an old teammate, or write a bestseller, and that would be my daily dose of inspiration; but it looks like God had bigger plans. You’ve probably already given me more than enough to last a lifetime, anyway, and I’m forever grateful. I just want to say that even if I never met you, you’re a big part of who I am today; and I’m sure a lot of people feel the same way.

This is a longtime fan’s love letter to you, Kobe Bean. Thank you for everything, and I love you. Rest in peace.

Mamba forever, and yours,

Robert Daniel B. Arcadio is a law student from the University of the Philippines. He is into basketball and weightlifting, plays video games, and is also interested in economics and good governance. He believes that we should never forget to pay it forward whenever we can.

Because it should always be a season of giving and forgiving

Bongbong Marcos not a graduate of Oxford, Filipino students, alum of university say