Because it should always be a season of giving and forgiving 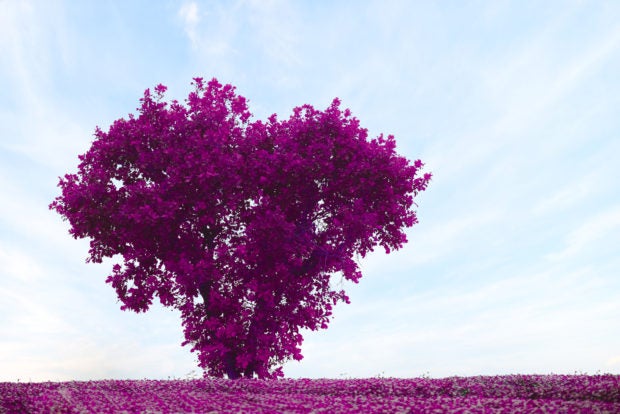 Have you ever had a crush on someone despite feeling you’ll never end up together?

That was a question my crush asked me in one of our past conversations. Since then, we started sharing our thoughts about people we’re attracted to, gave each other advice, and poked fun at all these. But seriously, when he asked me that particular question, I thought that maybe he was just fishing about my feelings, or that maybe he already knew about how I felt, and he just wanted to hear it from me.

On July 5, 2019 (the 4th of July in the United States), I decided to confess to him my feelings through an essay I also wrote for this column. I sent him the link to that essay after it was published, and on that same day, he responded.

“Hmmm… You’re bad at hiding it, really bad,” he said. He told me he already knew how I felt, and that it sort of annoyed him that I was too obvious with how I felt, while never having the courage to say it sooner.

“But I understand na hindi ka sure and natatakot ka,” he added.

Maybe yes, I was afraid to tell him, but I was sure of my feelings. And I was not surprised when he told me that I’m bad at hiding it, nor was I surprised when he said that he does not feel the same way for me.

He told me not to get the wrong idea when he said he has to “turn me down.” He said he likes me as a person, and he likes my personality, but his life as it is now is complicated. He said he was actually trying to make me confess sooner because he knew any effort from my end would be for nothing. He said he appreciated what I wrote, that it’s beautiful.

Of course, I felt sad, but at least I was able to set myself free from all the “what ifs” and from all the crazy thoughts stuck in my head. I understood everything he later told me – that we may not work out as a couple because “we stand too far from each other,” and that we are too much of opposites. But opposites attract, right? He was even the one who pointed that out to me. Shrugs on that, of course. I told him that nevertheless, I appreciate him for encouraging me to express how I feel.

After that crazy confession, I thought we’ll never talk again, but surprisingly, we still did. But it became seldom, unlike before when we used to chat every day, despite the time difference. We still update each other about how we’re doing in our jobs, we rant about random things, etc. He remained the long-distance friend to whom I can turn to when I was having a bad day, and even extremely good ones.

Until one day, we had an argument, because of some silly things I’ve done, which I never thought would be such a big deal for him.

There were times when I used to take screenshots of a few of his cheesy messages and photos, as well as his love advice which I thought would be worth sharing – and these I posted on my Twitter account which I consider as my social media diary. Before posting, I made sure to crop out his profile icon, including his name, to hide his identity. Since we do not follow each other on Twitter, I never thought these would matter.

But I was wrong. He suddenly messaged me one day and asked me to stop sharing snippets of our convos, because his ex was apparently bothering him about it. Yes, he found out, I don’t know how. And yes, to my surprise, his ex went on to check my social media profiles. Shrugs on that again.

I never knew then that he’s been trying to work things out with her, because yeah, who am I to have to know about it nga naman. But I tried to understand him still, to preserve our friendship. Maybe I was hoping that he did not have to message me the way he did, or maybe a simple heads up about his situation would have sufficed, since he already knew how I felt for him, just so we could both be sure the agony won’t be prolonged.

Of course, I defended myself, though I also apologized. I took it as another lesson learned. I told myself not to worry so much because I know I’ve been honest with him as best I could. I said sorry and I meant it. I told him I just don’t know if he ever really believed everything I poured out on him.

I felt bad after what happened. I felt the need to cut him off, so I did. I muted our chat notifications. I muted him on my Facebook MyDay stories. I never checked on him again. There were times I missed his company, but I just shook it off.

A few months passed and I never heard of him, not until Christmas came. If only in the spirit of Christmas, I sent him a greeting card which said, “Hey there! You’re on my ‘naughty’ list! Merry Christmas!,” as well as a message of regards to his family.

Considering what happened before, I reminded myself not to expect any greeting in return. After a few hours, my mom told me that he greeted her already, felt a bit jealous, and told myself, “Ok, fine.”

Until I realized: how would I know if he greeted me back when I muted our chat notification? Jeez. So I checked my Messenger, and there I found an unread message I got from him, but feeling apprehensive, I decided to read it the next day.

Yes, he greeted me back and told me to take care. I responded with “thanks” and told him to take care as well. I thought that was it, but he messaged me again to apologize for what happened. He said he did not mean to vent out his anger on me, that he was just stressed out at that time and he is making no excuses. I apologized back and told him that it’s all right, and to just forget about it.

Honestly, his simple message made my heart skip a beat, wala, #marupok e. Kidding aside, I felt better when we got to apologize to each other. It was a good time to unload all our baggage before we face a new year ahead, which may be more challenging not just for the two of us, but for everyone.

Things may not have turned out well, but I’m happy that we got to reconcile, to somehow save our friendship. And I hope every one of us was able to do the same thing as the old decade has come to an end, and even the Lunar New Year has just been celebrated. Holidays indeed reset our hearts for renewals.

Just recently, he updated his profile picture on Facebook with a photo of him together with who seems to be his new girlfriend. I didn’t know what to feel when I saw it – should I be happy for him? Or should I feel sad for myself? I don’t even know if I should react to his post or make a simple congratulatory comment. I just smiled while looking at my laptop screen, and sighed as I uttered to myself, “Okay lang ‘yan, girl. Self-love muna.”

I don’t know what will happen to me in the coming days. I just realized that in everything that I do, I discover more of what I am capable of, and I am able to get to know myself even more. That sometimes, I really have to take risks to see what awaits ahead of me, and for me to save myself from more severe hurts, pining for someone not meant for me – because something else is.

January is almost over, but we are still very much at the beginning of the new decade, and so much has already happened. My hope is that we all be freed from the things that have been holding us back. May we all continue to love and to hope that the best of our hearts’ desires will always be given to us.

Ves Garcia thinks she’s “been through the ‘feels’ of most of the songs of Ben&Ben. From ‘Pagtingin’ > ‘Araw-Araw’ > ‘Maybe the Night’ > ‘Ride Home’ > ‘Masyado Pang Maaga’ > at nagtapos pa rin sa ‘Kathang Isip’.”

‘No room for neutrality’: Bishop urges Catholics to protest vs misuse of public funds