Helping the one who broke my heart 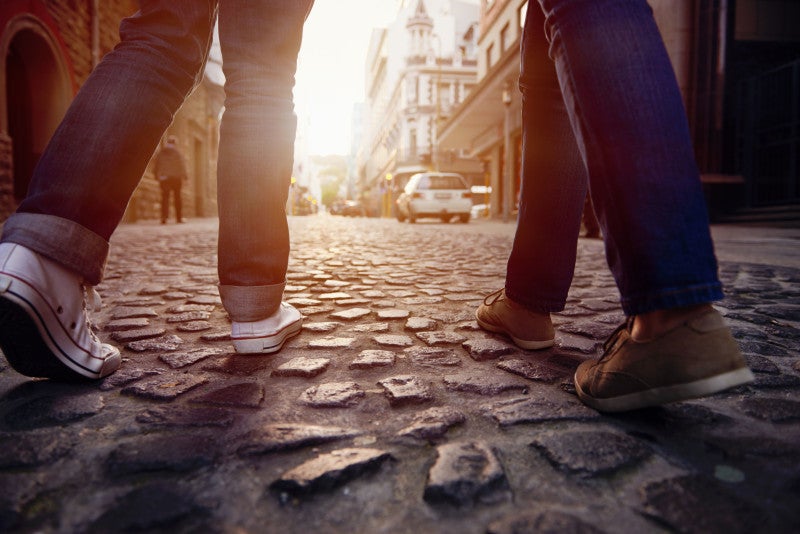 “We will always go back to being the best of friends.”

My life has always been steady. I work hard, travel when I want to and pursue further studies if I feel like it, having no commitments with anyone.

Five years ago, I got in touch with an old classmate. It was an instant connection considering we never really talked when we were kids. We became really good friends. Then, slowly, before we could realize it, our friendship had crossed a line and become complicated.

I was naïve, he was the opposite. My heart was crushed. I stumbled and fell.

To make things worse, I was having major problems at work, which was new to me because I had always been the effective, smart employee. I did not know why they were happening at the same time. Maybe one of them was an effect of the other. All I knew was I was shattered, mentally and emotionally. I needed peace of mind. I wanted out.

He apologized and though I was still hurt, I felt his sincerity. I opted not to ask questions, preferring to leave some things unsaid and questions unanswered. All I wanted was to move on. To be able to do so meant I needed to accept and repent. I did not blame anyone except myself. I asked for God’s forgiveness as I forgave myself.

The process of healing took a while, but I knew I had to go through it.

Later on, I learned that he and my best friend, who knew about what I was going through, were dating. And then there’s that pain again. The first time was because he broke my heart; the second was because I felt betrayed by a good friend.

That was probably the wake-up call that I needed to completely let go. Surprisingly, I easily moved on from there.

I finally got the peace of mind that I had been praying for. More blessings also poured in in the form of more career opportunities. I think I have also become more emotionally mature as my self-awareness and confidence continued to rise.

I was turning out to be a better person—I was back on track and couldn’t be more grateful.

My former best friend sought my forgiveness; they did not last long. I accepted the apology—it was easier for me to forgive because I was at peace and had no more hangups. But I knew we couldn’t go back to the friendship we once had.

All along, he was reaching out. I refused to talk to him at first. It was only after a few years that I recognized his efforts and spoke to him again.

It was awkward at first, but the connection was still there. Eventually we both loosened up and felt as if nothing had changed—except this time, I wanted to be very, very careful. We had mistakes in the past and we should know better. I knew I needed to guard myself, and even our friends were wary. It was something I had to stand by and he needed to understand.

We should not lose the friendship again, we concurred.

So here we are—normal, steady. We have our own lives. We are better off as friends who have learned our lessons well.

When this heartbreaker got his heart broken by another person, he didn’t know what to do. He opened up to me, saying it must be karma. I told him he needed to go through it so he would know how it was like to be broken.

He needed to be alone to find himself, to go through a process; he needed forgiveness. Eventually, I told him, he would be healed, be whole again and be a better version of himself.

I should know because I’ve been there and done that, thanks to him.

As what Paulo Coehlo said, “some things occur in our lives in order to lead us back to our true path. Others appear so that we can apply what we have learned. And still others arrive in order to teach us.”

Maybe this is the reason why the universe has continuously conspired to reconnect us. Maybe we are tasked to bring out the best in each other. Despite all the dramas and heartaches in the past, we will always go back to being the best of friends.

Maria is a frustrated writer. She used to be a control freak but she has since learned to slow down and choose her battles.