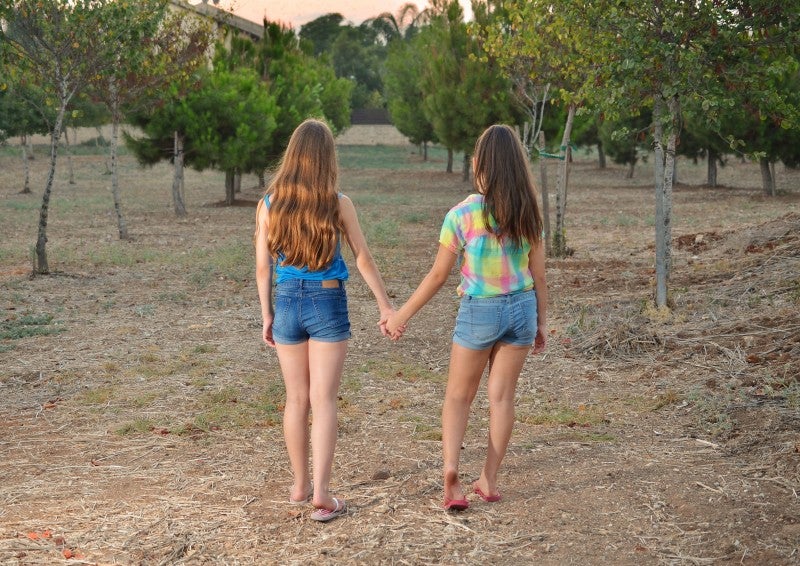 “Are we going to stay friends forever? Maybe.”

I ran down the stairs of our apartment building, the keys jingling in my hand and my steps echoing throughout the halls. The mailman smiled at me as he slung his bag over his shoulder. My hands shook as I fumbled for the mailbox key. Inside the mailbox sat a small pile of letters. I quickly sifted through the envelopes until I found Amy’s response to the letter that I sent her weeks ago.

Amy wrote that nothing was the same without me, that I was like the glue that held the group together. She says she’s no longer obsessed with “Gravity Falls” because they rarely air any episodes. She even included a “really sappy paragraph” about her new crush whom she met while playing Minecraft online. He’s two years older than her, a total nerd, he lives in Europe, and they talk through Skype every day. She wanted to avoid making the letter too long so she ended it with a short paragraph about how she hoped that she didn’t write the wrong address on the envelope.

I huffed. I pulled out some lined papers and a pencil from my desk drawer and began writing her back, telling her that I missed her, too. I told her about our new place and how hard it was to adjust. I lived in Reno almost my entire life, and moving to a new school, a new city, a new country is such a huge change. I don’t know how to deal with it.

I told her about my favorite YouTubers. I’ve had a lot of free time lately, so I spend most of it online, usually watching YouTube videos or reading fanfictions. I asked her if she had a crush on the main character of “Sword Art Online” and that I thought that he was cute. I even gave her a few anime recommendations.

I mailed the letter as soon as it was done. That was 10 months ago.

I was eating Cheerios in my room when I got the news. My mom walked in with freshly laundered clothes and told me that we were going to Reno on a vacation in a couple weeks. I stared at her in disbelief. When I realized what she said, I could feel my pulse quicken. After nearly two years, I’m finally going to see my best friend! Immediately, my head started spinning with ideas on what we could do: We can spend the our day swimming at Lake Tahoe, or playing arcade games at Circus Circus, or watching wacky YouTube videos just like we used to do!

When I asked my mom if I can stay at Amy’s house, she told me that we’re going to Reno to attend Tita Jessa and Tito Eric’s wedding reception, not to see Amy. She said that I could visit her though. I slumped down into my chair and let out a breath. I was so looking forward to spending a whole week with my best friend.

Still, I packed my clothes into my luggage. All I have to do now is wait for two weeks. Fourteen days.

I was in the backseat of my aunt’s car, on the verge of falling asleep. My sister beside me was playing on her Nintendo DS, oblivious to what’s going on. Tita was already in her dental hygienist’s scrub, ready for work. I stretched and looked out the window. The construction cones on the left side of the road gave off a soft orange glow. Kind of like the neon signs at night in downtown Reno.

We squeezed our way through the crowd just to get to the check-in station only to find out that we were too late. We missed our flight. The next plane won’t take off for at least three hours. The day has just began and it’s already off to a terrible start.

On the flight from Toronto Pearson to San Francisco International, I sat a few rows in front of my mom and sister. The lady at the check-in counter wasn’t able to get all three of us in one row. It was a full flight.

San Francisco wasn’t any better. We landed at SFO five hours late and spent most of the day there, my mom frantically trying to get us a flight to Reno. When it was clear that we won’t get a flight until the next day, we decided to spend the night at my cousin’s place.

The next morning, we bought Megabus tickets. The trip to Reno would take eight hours which meant that we should arrive there at around 2:30.

I called Amy as soon as I finished unpacking my luggage. When I heard her voice I swear I could hear her crying. That night, Amy and I spent the whole night playing catch-up, only going to bed when sunlight began to leak through her window blinds.

Are we going to stay friends forever? I have known Amy since grade one. We’ve been through Girl Scout camps and sleepovers and girl dramas, much too many to count. So, are friends forever? Maybe. Even though Amy and I have been friends for the longest time, we still have a long way to go. I love my best friend and I care about her. I sure would like her to be my BFF. One thing’s for sure, I left Reno knowing that I would see her again.

Samantha Mae Yson, 13 years old, lives in the Greater Toronto Area. She enjoys drawing and listening to music in her spare time.

From the grey area

Philhealth chief Morales told to go on leave due to lymphoma, chemotherapy