The last time I will write about us | Inquirer Opinion

The last time I will write about us 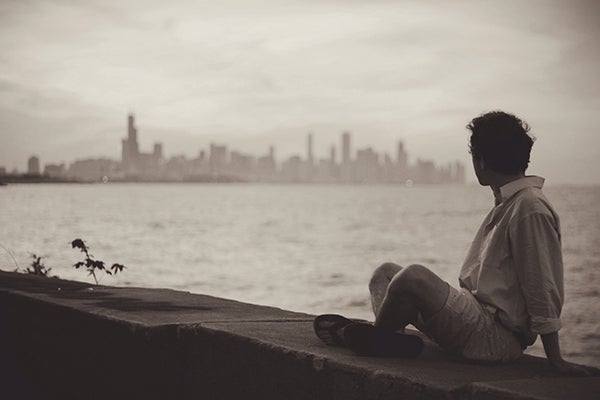 This will be the last time that I will write about you. About us.

Happiness, as they say, is a choice.

Happiness was when I chose to sleep over at your place one stormy night, when a typhoon named “Milenyo” was threatening to ravage the city. We were covered in pitch-black darkness as the power had gone out, with only a single candle illuminating our faces yellow with its flickering light. It was the start of something beautiful, something magical that would spark a million and one lights deep inside the two of us.

Happiness was also when I chose not to fight back when, one night as we decided to sleep side by side on your bed, you inched your face closer to mine and planted a kiss on my lips. I winced, but I didn’t react violently. You pulled back, and you looked confused as you stared longingly at the ceiling. I waited for you to do something, because God knows I didn’t have a clue what was going on. And then you went back and kissed me again.

Happiness was when I chose to be the last person to leave when you entered the seminary. You took me to your room and we hugged, knowing it could be the last time we would be feeling each other’s skin pressed against each other. There was no way we could continue seeing each other and be together, our raging adolescent hormones be damned. God was in the way, and we both knew the stacks would always, always be against us when it came to that.

But then, it was also happiness when you chose to leave the seminary shortly after you entered. It must have been vindication on my part, knowing that I eventually won over God (imagine that), so it may not just be happiness back then, it must have been just pure euphoria knowing what we had, what we wanted to have, was simply within arm’s reach.

Happiness was when you did everything in your powers to fight for what we had. We didn’t know if it was love just yet, but the moment you smashed a glass of water on your forehead to escape a difficult confrontation with your parents felt a lot like it at the time, when my idea of love was enduring all the pain till it hurt, and to give until it hurt no more. I was worried about you, I was worried about what was happening around us, but I was happy that in the thick of it all, we still chose to be together. You and me against the world.

Happiness was when you told me you wanted to be a lawyer instead. We were still a few weeks away from the entrance exams at your dream law school, and so we pored over legal books and jurisprudence and codals just to get you up to speed with everything. Law school meant spending more time with each other, because we were practically just a few buildings apart. We knew what it was at this time, and we knew where this was going, and so it was nothing but pure happiness when we both promised we’d both be in this together … forever.

Happiness was when you passed the law school exams, and when we decided we would be living together at a house near our school. It was the perfect setup—we would be leaving the house together, you would be taking me to my classes, and we would be going home to a hearty meal and a warm bed that we shared together every night. Never mind the fights we always had at the end of the day, over who did most of the chores, or over who was bringing in more money to maintain the upkeep of the house. We chose to live together, and so we chose to be happy despite all the misunderstandings. After all, it was but natural for couples to argue, right?

Happiness was when I chose to stay by your side as you forged on to meet the grueling demands of law school. Every night you would be hunched over your desk, highlighters of varying colors in both hands, and I would either bring you a cup of coffee or hug you from behind before planting a kiss on your cheeks. You would be grumpy at times, sometimes when you were called for a recitation and you weren’t able to give a satisfactory answer, or sometimes when I would just as simply forget to fold our newly washed clothes like I promised I would, but I charged it all on the fact that you were facing a bigger battle than I was, so I kept it all in stride and, still, chose to be happy for the two of us.

Happiness was when you found your footing in law school, and even found a barkada among your block mates. I was glad that there were now more people who were able to understand the things that you were going through every day, that I no longer had the sole burden of carrying all your hurts and frustrations in life. You were spending a lot of your free time with them than with me, and this was the point when the fights would get nasty to the point of turning violent, physically violent. Still, I chose to be happy despite all the literal wounds I had to endure—because I never before had the chance of being in such a committed relationship, and I just knew I had to give this everything. After all, you gave up everything just to be with me. It was only fair, right?

Happiness was when we chose to spend the Christmas vacation apart, never mind that we spent the entire semester daydreaming about all the road trips, movies, and shopping that we would be doing together over the break. We have had it up to here with each other, familiar and uncomfortable with the fact that we have spent every freaking day of the past two years inseparably, housed under one roof and ducked within the charged covers of a single bed. It was happiness for me, because I clearly needed a break to think everything through, and it was happiness also for you, because you’ve met a new friend over the holidays—a friend that you would eventually trade me for once the New Year rolled by.

And so it was also happiness when I chose to end it all that fateful day in January, when tears rolled down my face from a bottomless pit of fear, hurt, anger and frustration that have welled up over the years. I never knew it then, but I definitely know now that when I chose to end it all, I was not only leaving behind the years of treachery, lies, deceit and betrayal … I was also choosing to be happy, mostly for myself, after everything that I have been through with you.

It definitely hurt a lot, but it was also happiness when, after months of wallowing in self-pity and raising my fist against the Universe for the misfortunes that had befallen me, I finally mustered enough courage to stand up, dust myself, and move on with my life. I graduated from college, I got a job, I got new clothes, I even got myself my very own puppy. I was choosing to smile again. I was in the company of good friends. And life couldn’t have been any better after so long.

So it was really nothing but happiness when, a full nine months after everything ended, I chose to love once more, when I never thought I would still be given the chance to do so ever again. I was in shambles, my heart still in a million, tiny pieces, but one look at his smile and I knew … he would be the one to make everything right again. And he did. Every single day. For the past five and a half years.

Because it is only now that I realize, over the years when I thought I was always choosing to be happy, it has never occurred to me that all the while, happiness, actually, chose me. And I couldn’t be happier since.

JM Tuazon (@jm_mayhem) is a Makati wordsmith by day and a hugot crusader by night. He blogs at jmtuazon.net, and sometimes longs for a world where travel is free or can be paid for by long, warm, unadulterated hugs.

A love greater than the distance of our birth years

Read Next
Santo Niño in the Louvre
EDITORS' PICK
The Best Tech Gifts For The 2022 Holidays
The vivo Y16 makes the season of giving more thoughtful for the whole family
House energy committee chair Arroyo bats for cheap electricity
Marcos urges Filipinos to be like Bonifacio: honest, patriotic
Egg prices rise due to bird flu, increased holiday demand | #INQToday
18,529 out of 24,903 pass nursing board exam
MOST READ
Mel Tiangco on co-anchor Mike Enriquez’s condition, ‘rivalry’ with Korina Sanchez
LOOK: Vina Morales goes to Boracay with mystery man
Marcos urges Filipinos to be like Bonifacio: honest, patriotic
Ref admits to cheating: How Manny Pacquiao snagged the win
Don't miss out on the latest news and information.