A love greater than the distance of our birth years 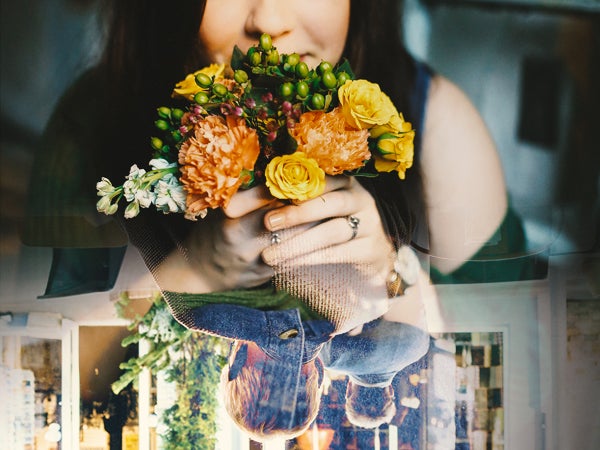 Smartie’s words left a mark in my mind, injecting a dose of reality that this blossoming relationship is different from what other couples have—we were born almost three decades apart. Odd as it is, I never entertained the idea of us being together before. Not even hypothetically. Not in my wildest dreams.

We met in the office where we both work. I belong to the rank and file employees while he’s one of the higher-ups, my boss actually, the one who signs my performance cards and approves my leave applications. But unlike other supervisors and despite his multiple-paged curriculum vitae, his feet are planted on the ground. He’s very approachable, easy to deal with and kind-hearted. He delegates tasks and I follow orders within my terms of reference.

Tracing how it all started, I surmise that the after-office dinners with our colleagues drew us closer. We got to talk about work and things outside of our 8-5 lives—from how he prefers less talk and shorter meetings to interesting things about law school to him being a fan of sci-fi movies and to my unreasonable fear of snakes.

Always ready with pieces of pragmatic and realistic advice, he taught me to simplify things and care only for those that really matter, avoid regrets and take only calculated risks. For some reason, it became comfortable for me to share with him my ideas, dreams, and opinions. We talked about anything for discussion’s sake, no judgments made. Our conversations revealed how his eyes see the world in a different light not most people do. I knew then I found a mentor and a good friend in him, until the wind steered us to a different direction last year.

One night, while reading cases for the next day’s class, his name popped on my mobile phone’s screen. It was about him being usually shy whenever with a woman he likes. It was him … asking if we could go out together and talk over dinner. I was so flabbergasted it took me a little longer to respond.

Those were the only words the feisty me was able to say. I didn’t know what to tell him exactly. He was good to me, and I didn’t want to avoid or push him away. Somehow, I was thrilled because a guy apparently showed interest in me. But still, a little apprehension persisted.

Then he began exerting more effort—random food on my desk, meals together and constant exchange of messages. Yet, his kind gestures were not enough for me to take “it” seriously. Cautious and surprised, I needed words coming from his mouth telling straight to my face. Even if my generation lives in a world mediated by technology, hearing those three words remains non-negotiable. Love is demonstrated through actions, I know, but one must profess it clearly in words that no other meaning can be deduced except that a person is in love with another. Sincerity dictates that love be made known, never to be left to the ambiguities of interpretation.

His invitation has awakened me: There’s a place for him in my heart. Or has there always been? He has lent ears to all my fears, aspirations, and, yes, even corny jokes, and I was too oblivious in recognizing the signs already screaming and glaring right under my nose.

We clicked well. We decided to shove doubt into the deepest corner and wait for what happens next. Life’s really short, so I started loosening my uptight self and chased for bliss. Much as I enjoyed the company, I remained to be the kind of lover Barthes described as the one who waits, a person who prefers to be still, like a hopeful waiting patiently, staring at the night sky, praying for a meteor shower.

The popular tip in answering law school exams finds application in real life: Never to go beyond what’s explicitly supplied in the facts. Not to assume, unless otherwise stated. Despite the palpable special bond between us, I guarded my heart. No words accompanied his actions so attaching meanings to them was like putting words into his mouth.

More so, one of the cardinal rules of science trained me not to easily jump into conclusions. Hence, even if my senses told me how the sight of his messages brighten my mornings and his scent calms all the worries, I kept my feelings suspended until I finally heard it from him, tasted the sweetness of his love, and was embraced by his warmth.

It wasn’t too long until he confessed. He explained he tried to hold back until it was so irresistible. He took a chance, and we had an understanding. It was sealed with a kiss under the stars, in a place where we both walked and frolicked during our younger years albeit not at the same time. We have resolved to keep our relationship a secret for now because of moral ascendancy issues.

It’s almost a year after that beautiful evening. The past months had been generally calm with some misunderstandings due to difference in preferences. I’m a globetrotter, he’s a homebody. Occasions are special for me, while he thinks every day can be a celebration. I like flowers, but he likes little surprises given out of the blue. One day, I know we’ll get the hang of handling our relationship. We can begin by acknowledging that we’re two different people with divergent likes and dislikes. What’s important is that we understand each other, at ease even if no words are spoken.

Loving him unraveled many realizations. One is regaining self-respect which was missing in my previous relationship. My personal happiness took the backseat for another person’s desires and insecurities. With Smartie, I’m reminded not to apologize for being myself. A person always comes in a package which his/her significant other must either accept or refuse. Disagreements are always there but the goal must be to compromise in the future and not to find faults or point fingers. Rough patches should not be a blame game after all.

Quite unbelievable, given the disparity of our ages, we can talk unceasingly without running out of topics and filtering statements. The depth of his thoughts finds a match in my critical mind. Our mental connection is way too strong that it transcends generation barriers; it’s greater and grander than the mile-long distance of our birth years.

He may be a chapter in my life while I’ll be his last, he told me once. Our time may not be long as what other relationships can have, but we’re going to cherish those moments. It’s not about the length, but more of the quality of experience we’ll have in each other’s arms.

Life has surprised me big time with his coming into my life. The best lesson I’ve learned is to keep an open mind when it comes to love. If not for my openness to possibilities, I would have confined the idea of a partner based on social norms and nearly missed the opportunity of being appreciated by a wonderful man who can read my mind and say the right words at the perfect time.

“Smartlet,” a struggling writer, read somewhere that if a writer loves you, you can never die. So, she writes about people, things, and experiences that capture her heart, immortalizing them one story at a time.