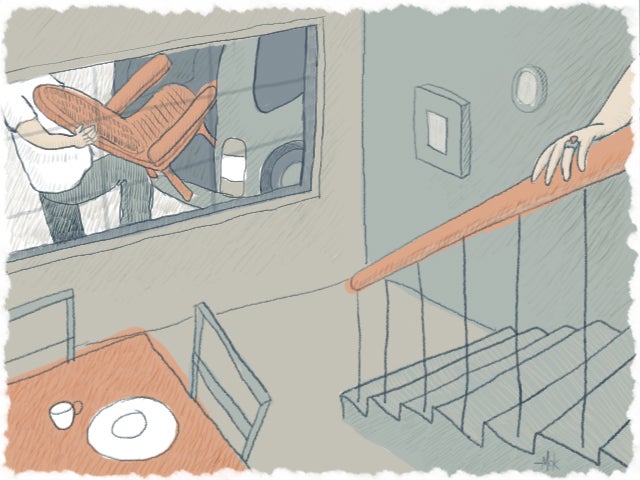 I didn’t grow up in an openly sweet household. I don’t recall my parents saying “I love you” to each other on a daily basis, nor do I remember seeing them hug and kiss in front of other people. There was no abundance of flowers during anniversaries, no attention-grabbing cards and teddy bears, no elaborate surprises engineered with friends.

This lack of romance might seem baffling and unacceptable to a generation whose idea of love involves flash mobs and viral videos and a deluge of couple selfies on Facebook. Nowadays it seems that if you don’t express your love loudly enough, it doesn’t count.

But if there’s one thing I learned from my parents, it’s the beauty of quiet love. One that focuses on depth, not volume, and is unmindful of the crowd. Love that is expressed not through grand gestures or eloquent pronouncements, but through quiet service.

I saw it whenever Papa woke up in the middle of the night to massage Mama’s lower back to try to ease the pain caused by colon cancer.

It was love that gave my bedridden mother the strength to leave their room and perilously make her way down the stairs every afternoon, just to make sure our helper was preparing a decent meal for our family.

It was love that drove Papa to spend what little spare time he had to design and build a vehicle that had enough space to accommodate Mama’s botaka chair.

Theirs was a love that didn’t trumpet itself and didn’t crave an audience.

The only time I saw my parents profess their feelings for each other was when they had their long overdue church wedding, more than a decade after their civil wedding.  It was a simple affair attended by a handful of relatives and friends. Papa was wearing slacks and a long-sleeved polo, while Mama was clad in a white blazer and skirt that were far too large for her.

She had gotten so frail that she had to be wheeled toward the altar. But when it was time for my parents to exchange vows, Mama grabbed hold of the prie-dieu and slowly, painfully pushed herself up. She was pledging her love for Papa in the presence of their Creator, the only witness that really mattered. She wasn’t going to do it sitting down.

Today, almost two decades since, I no longer remember the words my parents said and whether or not they cried at their wedding. I’m not even sure if Papa touched Mama’s face as they kissed. But I will never forget the way my mother stood up for my father that day.

At a time when people are screaming their I love yous and promising forever in big, bold letters, it’s comforting to know that the power of my parents’ quiet love remains. It reminds me to value the love that’s tucked in the corners, not clamoring to be heard but is nevertheless felt.

Cyril L. Bonabente (@cyrilbonabente) is a public relations professional at the country’s largest mobile services firm. She posts couple selfies on her social media accounts from time to time.

Send you stories to [email protected] Here are the rules.