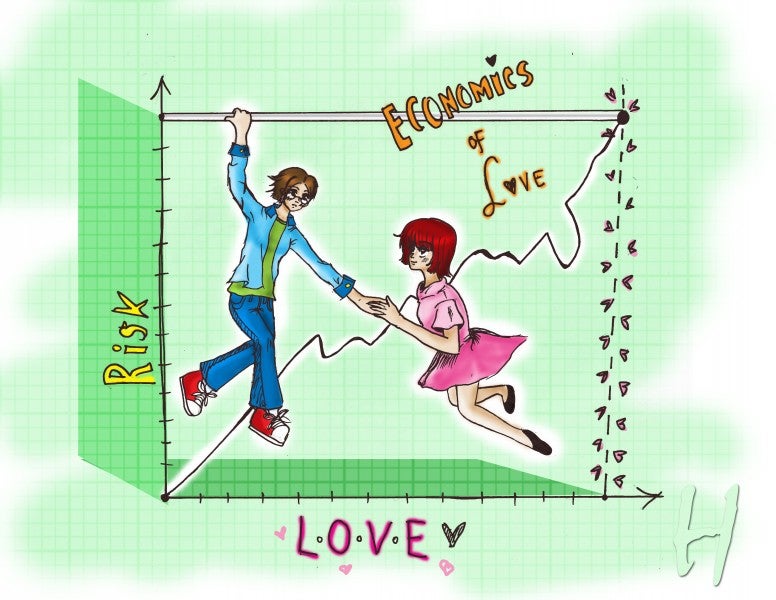 “What is risk?” my financial management professor asked our class one night. I came prepared with the textbook answer: “Risk is the chance that some unfavorable event will happen.” Such a cold and clinical definition for such a passionate concept. What was on the tip of my tongue was Jeanette Winterson’s quote about it: “What you risk reveals what you value.”

Our professor, a Harvard-trained bank executive, was a fan of linking economics to love. His way of translating concepts into “layman’s terms” often involved relationship examples. “What is sunk cost?” The textbook says these are “costs incurred in the past and cannot be recovered in the future.” This is related to a concept called incremental costs, which are costs relevant to a decision.

“Sunk costs are not relevant to decisions about the future,” he explained. “It’s like when you’re about to get married and don’t feel quite right about it. You don’t think about the past 10 years you spent with that person in making that decision. It’s a sunk cost.”

I wanted to say: “But I would.” I’ll probably make bad financial decisions someday, because I’m sentimental. But I do see the wisdom in that—it’s the sort of thing you tell your friends who are trying to break up with their partners of x-and-x years after realizing that the relationship had nowhere else to go.

“Sunk cost na lahat ’yon,” you could say. “Let’s move on to the next investment. Time is gold.” The hardest concept to fight is “sayang naman.”

“Easy to say when you’re not the one whose heart is being shred to pieces,” I’ve been told.

I’m not a risk-taker; we’re all naturally risk-averse, or so the default economic assumption goes. But when you’re a girl who likes girls, everything is a risk. It all depends on who you take it with—“risk all, no regrets,” I’ve been told.

It all sounded so romantic, to throw caution to the wind. It was how I found myself coming out to a girl I liked, one rainy July evening. We were good friends, and I fell in love with the possibility of “us.” I was 18 and careless and, looking back, it really was the worst thing we could have done to our friendship.

When was the last time you took a gamble? When I was 22, I began an intense friendship with a girl. She was a friend of a friend—you know how it goes. She was lovely, but at the time I was still going in circles with that other girl. I was holding on, and at some point I realized it was costing me all these other opportunities.

Confronted with too many choices, I did what seemed to be the easiest: I followed my heart. It’s the riskiest thing to do in any situation, because it often involves wearing it on your sleeve. I knew what was on the line: My four-year “thing” with someone familiar, who at the time was already in a relationship with someone else; and this budding friendship with someone who could be something.

“High risk, high gains,” I’ve been told. So, sitting there in the new girl’s room with my heart in my hand, I tossed a coin in my head.

I know that’s not how coin tosses work, but it’s now eight years later, and these days I find that I no longer have to toss a coin.

The gamble has finally paid off.

“What is risk?” My professor’s definition was: “Risk is the possibility of a loss. It exists because we live in an uncertain world.” I wrote that down with a smile on my face, thinking about how real this definition feels, how down-to-earth. Finance and economics have always struck me as something beyond my reach; as matters for the extremely moneyed (which I certainly am not). As a subject, we have always had this long-standing love-hate relationship—I try to love it; it hates me. That moment was one of those rare ones when everything seemed to make sense.

“Risk is uncertainty that matters,” he said. I wrote that one down, too.

Send you stories to [email protected]. Here are the rules.