Tree planting and beyond | Inquirer Opinion

Tree planting and beyond 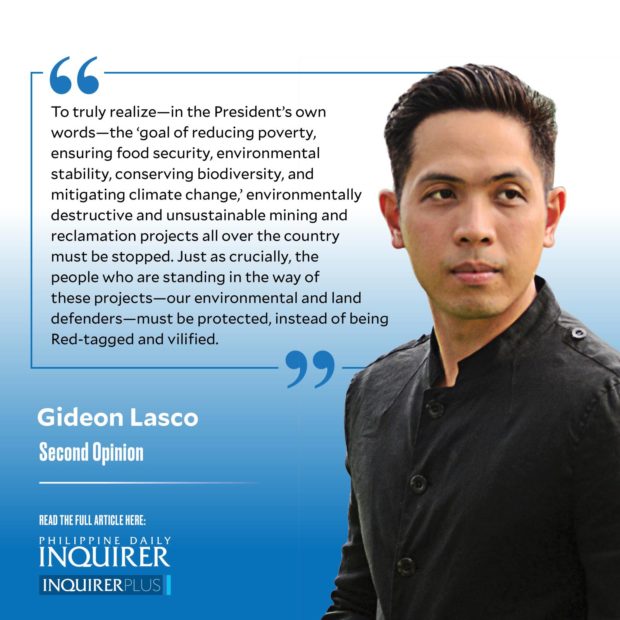 President Marcos Jr.’s recent declaration that we need to plant more trees—as well as his decision to celebrate his 65th birthday with a tree planting activity—reminds me of Republic Act No. 10176 or the Arbor Day Act of 2012, which has this curious passage: “All able-bodied citizens of the Philippines, who are at least twelve (12) years of age, shall be required to plant one (1) tree every year.”

I’m not sure if this law—which tasks local government units to organize Arbor Day celebrations and encourages the “use of endemic or indigenous species”—ever got implemented. Even if it is, I’m not sure how it can be operationalized. Instead of requiring individual citizens to do something, a much better approach is to enable and incentivize them to do so—and to support those who already conduct tree planting (and nurturing) as their jobs, such as our underpaid and underappreciated forest guards.

Regardless, it’s not a bad idea to promote tree planting. As RA 10176 rightfully noted, “there is a need for a collaborated effort between the State and its citizenry to combat the loss of our natural resources and rejuvenate our environment by undertaking nationwide tree planting activities and providing effective measures for their maintenance and sustainability.” When we feel that we contributed to nature, we’re more likely to protect it and be invested in its fate. Arbor Day and other collective tree planting activities are also opportunities for people to discover and celebrate the natural areas within their localities—and participate in community building.

I caught a glimpse of this in Pista Y Ang Kagueban, Puerto Princesa’s “Feast of the Forest,” which I participated in while I was living in Palawan as an ethnographer in 2014. Aside from having planted two million trees since its inception in 1991, I saw how the annual event has contributed to developing environmental consciousness among locals, many of whom fondly remember joining the Pista as students—and speak of their concern for their island’s environmental future.

For this reason, I urge the President to follow through with his commitment to support not just tree planting activities, but the Department of Environment and Natural Resources’ (DENR) Enhanced National Greening Program, making sure that the recommendations from environmentalists, scientists, indigenous groups, local communities, and other stakeholders are accounted for. Vice President Sara Duterte’s Department of Education has an important role to ensure that schools are meaningfully involved in such activities: Aside from providing our children badly needed exposure to nature, we need them to realize (and experience) not just how forests can heal humans (“The healing power of forests,” 10/14/2022), but how we humans can heal forests.

However, I must echo all the environmentalists who, in response to the President’s call for tree planting, have made it plain that it is not enough to counter the environmental damage over the past decades, including during martial law, where there was massive cronyism-driven deforestation and destruction of our mangroves. Neither is it enough to address the climate crisis, or mitigate particular vulnerabilities faced by the country’s poor and indigenous peoples who bear the brunt of our disasters.

To truly realize—in the President’s own words—the “goal of reducing poverty, ensuring food security, environmental stability, conserving biodiversity, and mitigating climate change,” environmentally destructive and unsustainable mining and reclamation projects all over the country must be stopped. Just as crucially, the people who are standing in the way of these projects—our environmental and land defenders—must be protected, instead of being Red-tagged and vilified. It is most welcome news that DENR has put Kaliwa Dam on hold, but all over the country, there are various projects—contemplated or implemented—that will accelerate our ecological death spiral.

Coal mining, for instance, is underway in South Cotabato, notwithstanding the threats it poses to food and water security, as well as to indigenous ways of life. Even Sibuyan Island in Romblon—home to Mt. Guiting-Guiting—is being eyed for a nickel mining project, notwithstanding its immense biodiversity and fragile ecosystem. And of course, we have already seen how the coastline of Coron has been devastated by an illegal reclamation project that somehow still happened despite being “unauthorized.”

Greed is the enemy of green, and the government must make clear whose side it is on.