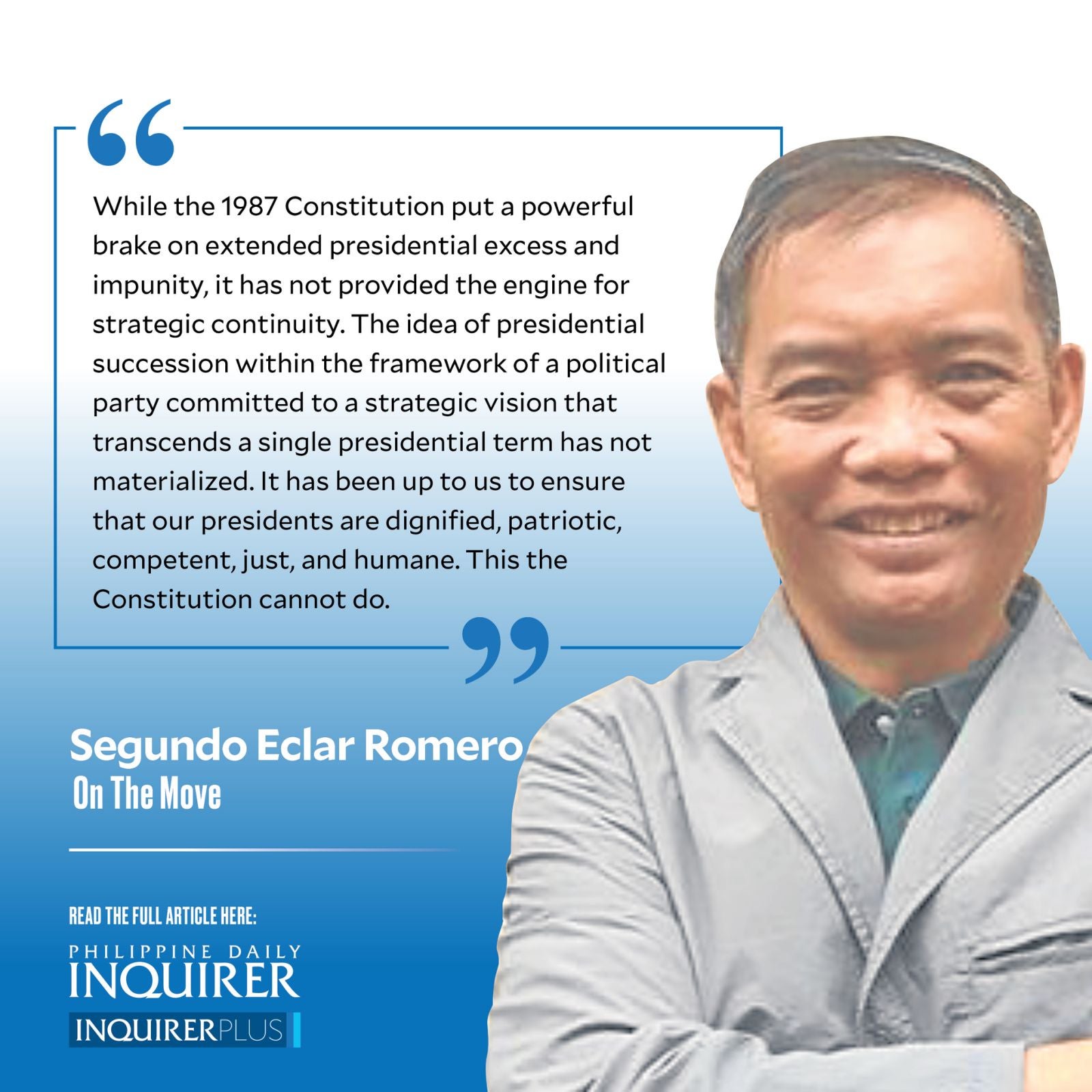 Philippine politics has been converted into a parlor game by the Duterte administration. Now Sen. Bong Go stumbled into this game when he filed a certificate of candidacy for President on behalf of his boss Rodrigo Duterte in November 2015, just in time to make the deadline.

This substitution tactic has given rise to the invention of the concept and practice of “placeholder candidacy” in the May 2022 elections. This political novelty takes place alongside the new concept of “generic senatorial guest candidacy.”

If we take into account the timing and dynamics of these “political fitting room” actions by Rodrigo Duterte, Bong Go, Bato dela Rosa, and Sara Duterte to file, withdraw, and substitute certificates of candidacy, it becomes a hilarious spectacle.

Sara broke his father’s heart when she instead decided to run as the running mate of Ferdinand Marcos Jr., a partnership Duterte thought should have been the other way around. When Sara endorsed her father’s bid for the Senate, she was apparently unaware that he would withdraw his candidacy for senator later that day.

Several days after announcing his withdrawal from the presidential contest, Go finally made it official, though still raising eyebrows when he did it “clandestinely”—traveling in a taxi so even his driver would not know, he said. But, once in the Comelec office, he did it in the full glare of the media and the public.

People excoriate this shameless carnival of substitutions and withdrawals, but from a big-picture point of view, it offers a rare vista of how the 1987 Constitution can make terminal presidencies squirm. All these comical acts spell panic: the moment when the lights for the President start to dim, the doors begin to close, power fades, and the music stops. This seems all too sudden for an incumbent still in thrall to his or her post.

The anxiety goes both ways for the President and the people. In the case of Gloria Arroyo, in 2009 people still wondered whether she would really go so quietly. Well, she did. In the case of Rodrigo Duterte, he inspired among his fanatical followers several unsuccessful bone-chilling strategies to remain in power, including revolutionary government and martial law options.

For all the criticisms of the 1987 Constitution, the presidential term limit has stood the test of time and has served the Filipino nation well. We could have gone the way of Thailand, now back in military rule, which similarly took the road to democratic restoration. Or the way of Cambodia, jumpstarted as a democracy by the UN and the international community after the Pol Pot regime, only to be hijacked by Hun Sen. Or Myanmar after Aung San Suu Kyi’s delicate and painstaking political dance with the military toward proto-democracy, now back to shameless military dictatorship. The democracy-inspired constitutions in these countries did not hold the way the 1987 Constitution has in the Philippines.

But while the 1987 Constitution put a powerful brake on extended presidential excess and impunity, it has not provided the engine for strategic continuity. The idea of presidential succession within the framework of a political party committed to a strategic vision that transcends a single presidential term has not materialized. It has been up to us to ensure that our presidents are dignified, patriotic, competent, just, and humane. This the Constitution cannot do.

Because the politicians and political parties have not done their job, in the May 2022 elections the experts in public sentiment cosmetics and optics will be taking over, stirring hope and illusions for presidential candidates.

At the moment, our collective folly is evident. The May 2022 campaign is being micro-tuned by the presidential candidates to connect with an electorate afflicted with a poor capacity to appreciate and understand political issues. Lamentably, early in the electoral game, the winning strategy has been to use social media to infect the electorate with a viral mirage of a sparkling, “golden age” period in our history.

There is time for the youth, who make up 52 percent of the electorate, to rise to the occasion, as they have done in wars and national crises in the past. Much strategic thinking and work are needed. For instance, woke youth in the urban areas need to break out of their silos and foray into the margins to engage their counterparts. Conversations, not only caravans, are the key.