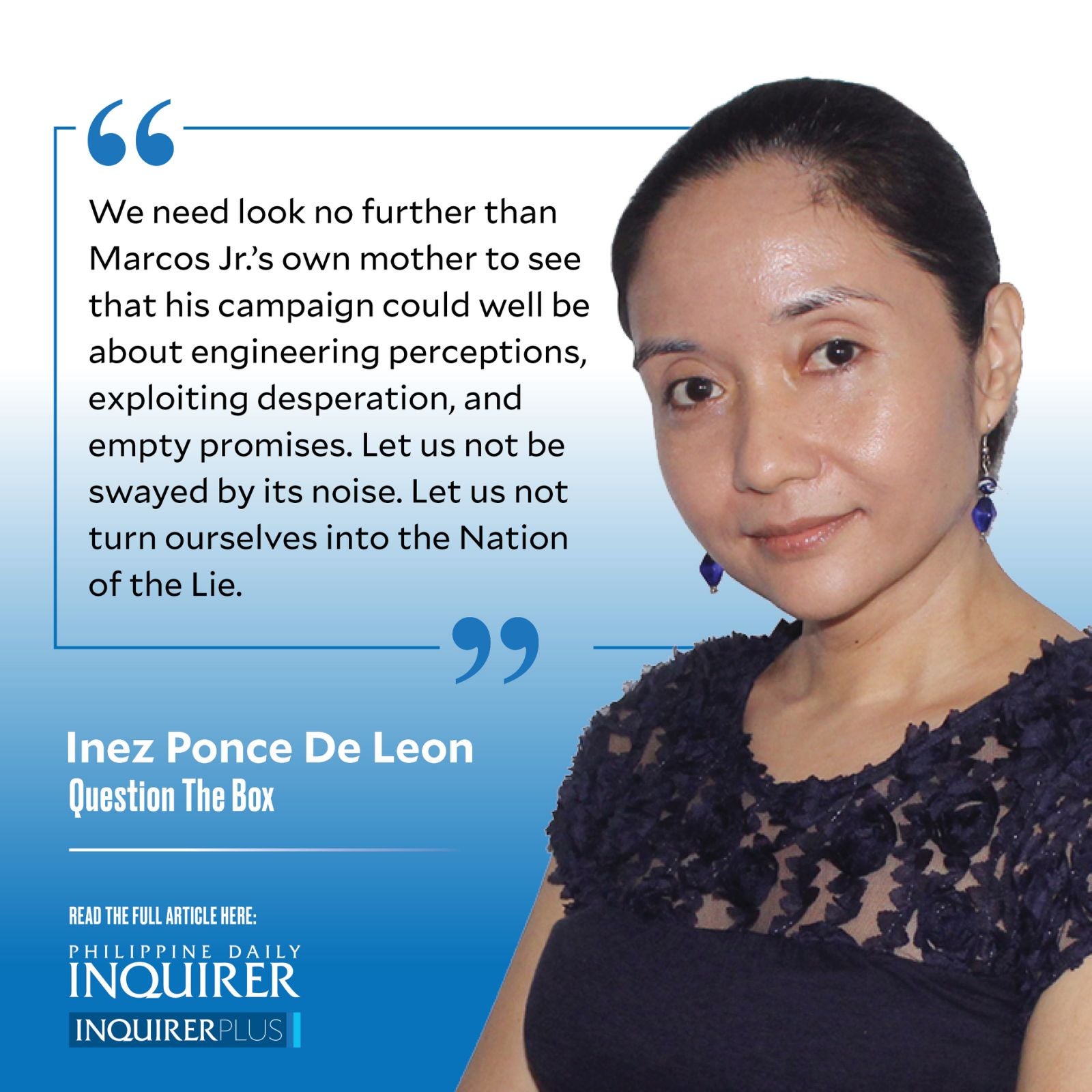 I have been writing an exorcism novel since 2016. It is not a pea-soup spitting, head-spinning, spider-walking book. It is a story of hope, of admitting one’s faults, of acknowledging the reality of evil and how it can be fought through human will and God’s grace.

The research that goes into the story is ever-growing and never-ending. One book that inspires the spirit of my work is M. Scott Peck’s “People of the Lie.” Peck examines the nature of evil by presenting case studies from his work as a psychiatrist. He asks provocative questions: How do we know that someone is evil? How do we even define what evil is?

The book’s publishers summarize the answer with: “People who are evil attack others instead of facing their own failures.” This, I believe, over-simplifies Peck’s multilayered work, and takes away his nuanced look into evil as a disease.

For example, Peck recounts his experience with the case of Hartley and Sarah: Hartley is suicidal and entirely dependent on his wife, Sarah, for all his needs, both physical and emotional. This dependence turns disturbing when Sarah accompanies Hartley to his session with Peck: She answers all questions directed to her husband while castrating him constantly for being weak and helpless. At one point, she lashes out at Peck when he confronts her about her behavior. She maintains that she is calm, composed, doing the Lord’s work, and is the true victim in the relationship because she had to care for her useless husband while nobody ever asked what she wanted.

Peck’s treatment of this case reveals a deeper, unspoken side of evil: Those who are evil want to maintain a perfect, even victimized exterior. They obsess about this outward show of goodness. They turn their victims into passive creatures that take rather than give, follow blindly rather than lead, receive instead of take charge. These victims become so dependent on the evildoer that they are rendered infantile and can no longer think independently.

The victims, however, are party to their own imprisonment. They willingly allow the evildoer to take control.

Evil, therefore, is not only about doing bad things. It can be about propagating lies, putting up illusions of goodness, and using one’s power to destroy the growth and potential of others—all in the name of defending one’s image.

This kind of evil is easy to write into my novel because its everyday manifestation has grown increasingly common. It is present when would-be leaders claim to help the poor by posing endlessly while they hand out donations, but provide no long-term plans to give the poor dignity, help them exercise their agency, help them get jobs.

This kind of evil is present when citizens choose to ignore pressing national issues, all on the pretext of “good vibes only” or “if you’re so smart, then why don’t you become president?”

This kind of evil is present when rabid supporters say that a candidate’s credentials are not important, or when corruption is acceptable as long as there is “infrastructure,” or that martial law was actually our “golden age” so let’s just “move on.”

And yet there, too, is goodness, when another candidate recognizes the multifaceted nature of the country’s problems. That same goodness is present when she meets with different marginalized groups to listen to their stories, facilitate discussions about their problems so that they can propose their own solutions, and provide them assistance so they can translate their plans to action. That same goodness keeps appearing in all the projects she has pushed to completion so far: People are inspired to achieve their potential, mature as citizens, and contribute to the growth of the country.

This is in stark contrast to a motorcade that snarls traffic to provide a perception of support. Or to the fanatical online armies that propagate videos and posts of history twisted and warped by lies. By their fruits you shall know them, indeed.

No surprise here, given the words of a certain former First Lady: “Perception is real—the truth is not.”

We need look no further than Marcos Jr.’s own mother to see that his campaign could well be about engineering perceptions, exploiting desperation, and empty promises. Let us not be swayed by its noise.

Let us not turn ourselves into the Nation of the Lie.

Read Next
Made for fake news and political shams
EDITORS' PICK
Acer starts the year off strong with the Aspire Vero National Geographic Edition
Gear up and get ready to play with Yamaha Mio Gear
Over 3 Million worth of prizes to be won at Smart Padala’s SENDali Manalo Promo!
DOH: 28,471 new COVID-19 cases in PH; active cases now 284,458
On Day 2 of implementation, gov’t says workers now exempt from ‘no vax, no ride’ policy
Duterte OKs expansion of limited in-person classes in areas under Alert Level 1, 2
MOST READ
Emma Stone calls Andrew Garfield a ‘jerk’ after he ‘lied’ about his ‘Spider-Man: No Way Home’ appearance
Omicron grips 15 NCR areas—DOH
LOOK: Edu Manzano, Cherry Pie Picache enjoy Palawan with her son Nio Tria
Retirements prompting major reshuffle in PH military
Don't miss out on the latest news and information.