Curiosity should not be deadly | Inquirer Opinion
Close
menu
search

Curiosity should not be deadly 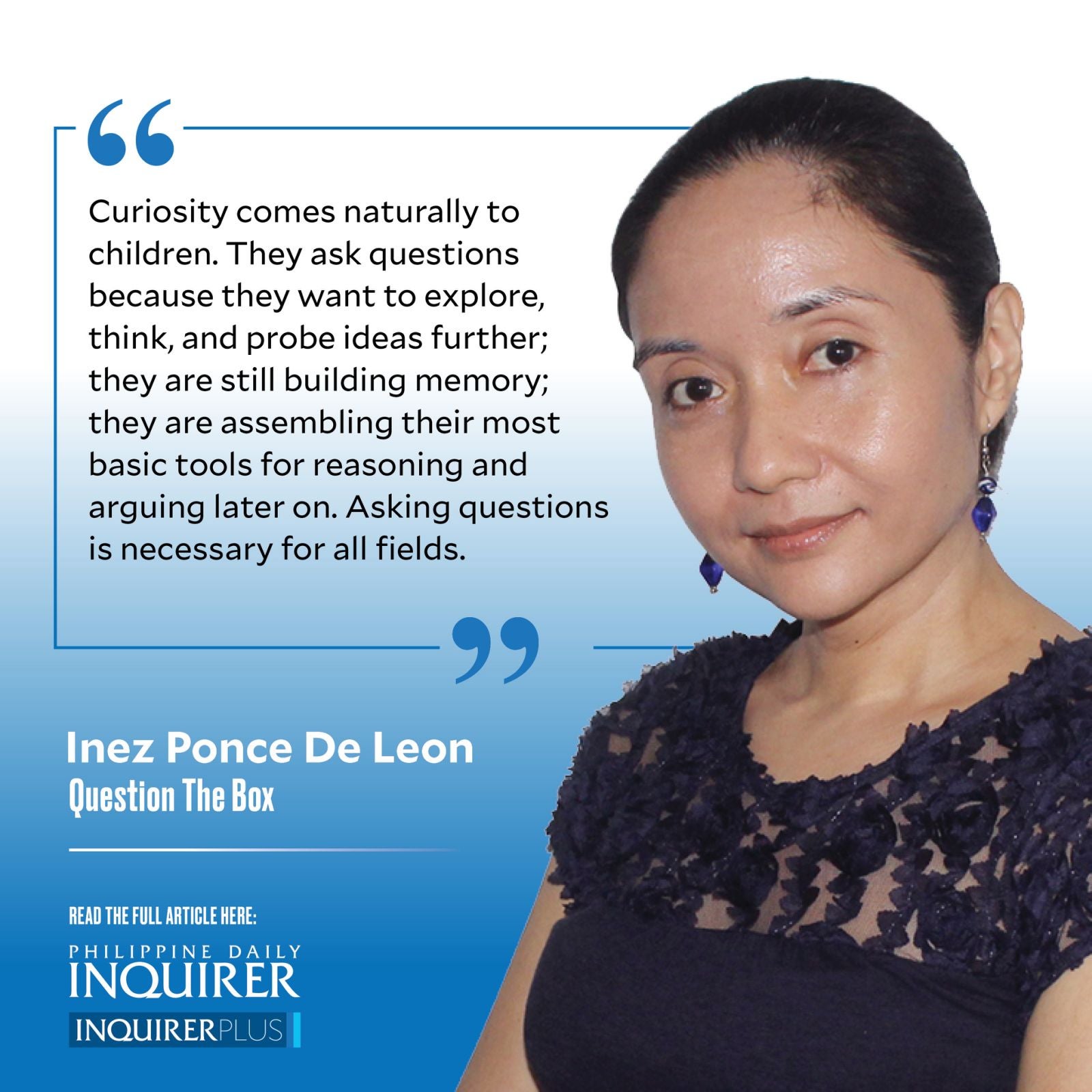 Last weekend, I spoke about science communication to student journalists of the University of Santo Tomas Junior High School. These talks usually focus on dispelling misguided notions about science communication by encouraging budding writers to see science not as a body of facts, but as a field guided by systematic research. I encourage writers not to focus on sharing knowledge alone, but on inviting specific audiences (not a single lay public) to be curious.

Journalists, too, have to espouse scientific habits, such as systematic thinking, understanding the concept of uncertainty, and always asking questions.

During the Q&A, I got the following question.

“How do we conquer our fear to dive deeper since there is a saying ‘curiosity killed the cat’?”

The question disturbed me, because it appeared that the students were afraid of being critical, all because of a phrase repeated so frequently that we have lost our capacity to question its meaning.

Curiosity comes naturally to children. They ask questions because they want to explore, think, and probe ideas further; they are still building memory; they are assembling their most basic tools for reasoning and arguing later on. Asking questions is necessary for all fields. Chefs ask how they can make their dishes better. Architects ask how they can make new structures that are responsive to climate change. Scientists welcome questions and critiques as long as they are founded on empirical data. There is no monopoly on curiosity.

I cannot fault the students, however, for asking the question, above and beyond the proverb. We live in a society where questioning is frowned upon, whether it’s the parent who scolds their child for asking too many questions, or the president who castigates senators for investigating potential corruption. The students have grown up in a society where journalists can be killed for searching for the truth; and even if one such journalist won a Nobel Prize for persisting in such an endeavor, there are hundreds more who disappeared because they dared to ask questions.

The students live in a social media atmosphere where the questions are often simple: Is there really anything truthful in Bongbong Marcos’ life? Who do these people in the Robredo-Pangilinan Senate lineup really represent, and why are some of them even there to begin with? Why do some candidates get away with bad behavior, while others are harassed for doing their job right?

The response to their questions? Threats, blackmail, insults.

If followers provide insight into a leader, then what picture do rabid fanatics paint? What kind of world would such unquestioning fans want?

No matter who we support, condemning the questions is dangerously close to blind worship. Labeling other parties as stupid, heartless, or dumb puts us in the same position as the politicians who believe themselves immune to investigation. Name-calling turns us into the very monsters we are attempting to slay.

So how did I answer the student’s question? I shared the two major takes on the saying, neither of which involves actual animal cruelty or condemnation of curiosity.

The first version: The complete proverb is “Curiosity killed the cat, but satisfaction brought it back.” We might dread asking questions, but the very act of getting answers will satisfy our natural human curiosity.

The second version: The original proverb comes from a 17th-century playwright who once wrote “Care killed the cat.” Care here is “worry,” or anxiety borne of things that are speculated rather than real. Shakespeare brought back the line in “Much Ado About Nothing”: “Though care killed the cat, thou hast mettle enough in thee to kill care.”

Translation: The cat is an animal with no knowledge or consciousness, and it can be killed by worry. But you, the human being with free will, are strong enough to kill worries before they kill you.

Somewhere in history, “to care” became “to care enough about something to ask about it.” An anxious cat became curious, and then died. Neither version of the proverb kills the idea of questioning, and neither version kills a cat because of its need to know. Curiosity doesn’t have to kill anyone or anything.

What can truly kill is a lack of curiosity, a lack of questioning. By then, we’ll simply live in a mess of our own making, all because we were too blind to question it.