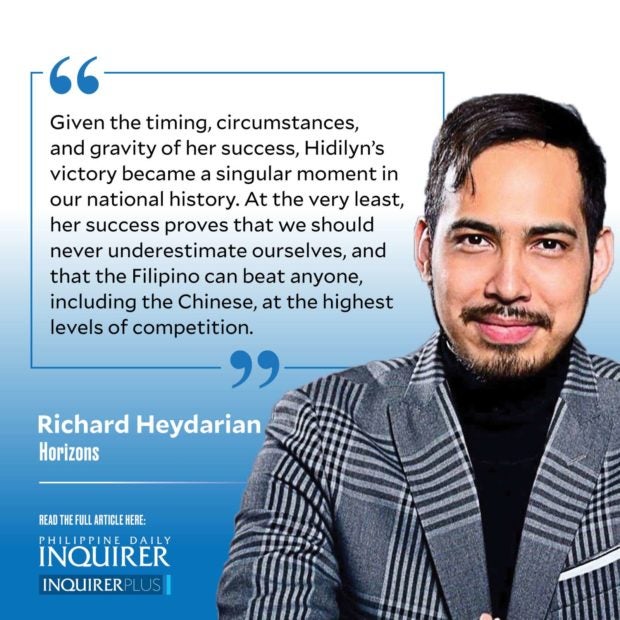 “Do you want war against China?… It would be a massacre if I go and fight a war now,” declared President Duterte in his final State of the Nation Address (Sona). “We are not yet a competent and able enemy of the other side,” he added with his characteristic defeatism.

It was a bizarre speech by an outgoing head of state, who had one final opportunity to set the record straight and pen the first draft of his legacy.

Five years into his “war on drugs,” Mr. Duterte provided no verifiable information on the actual effectiveness of his scorched-earth campaign.

Throughout his speech, he lambasted Canada, the United States, “tribes” in the Middle East, and, at one point, even India, although he was primarily referring to usurers of foreign descent residing in the country.

The same “strongman,” however, didn’t even dare mention the contribution of some Chinese nationals to the very crisis at the heart of his policy agenda. And after praising the country’s law enforcers and military, he ended up implying, once again, that the Philippines’ armed forces are not “competent” enough to stand up for our legitimate sovereign rights in the West Philippine Sea. So much for being a “commander in chief.”

For many, the only consolation of the usual stream-of-consciousness speech was that it would be the President’s last. Unless, of course, Mr. Duterte manages to return to Malacañang via the vice presidency next year. As he reminded everyone, “This is by no means my swan song.”

Just hours after Mr. Duterte’s final Sona came the silver lining, courtesy of a fellow Mindanaoan. Or, to be more accurate, it was a “golden lining” — Hidilyn Diaz’s spectacular, uplifting victory in the Summer Olympics.

Our star Olympian, the first to ever win gold for the Philippines, beat no less than reigning world champion Liao Qiuyun. For years, Chinese weightlifters have dominated the lower weight classes of the sport, the same way that folks from the Russian Caucasus and Iran dominated those in the highest weight classes.

But Hidilyn also set a new Olympic record following her winning lift of 127 kg, which is almost twice the weight of an average Filipino male. Having won the silver medal in the previous edition of the Olympics, she is one of only two Filipinos, along with Teófilo Yldefonso, to have bagged multiple Olympic medals.

Given the timing, circumstances, and gravity of her success, Hidilyn’s victory became a singular moment in our national history. At the very least, her success proves that we should never underestimate ourselves, and that the Filipino can beat anyone, including the Chinese, at the highest levels of competition. As she emphatically put it, “If I can do it, so can you.”

Lest we forget, our first Olympian gold medalist was a victim of unprecedented trolling and harassment not too long ago, having mysteriously ended up in the tragicomic “matrix” of “destabilizers” presented by Malacañang. As Hidilyn’s mother recently lamented, “[the] matrix hurt [us all], and still worries us.”

As if political harassment wasn’t enough, our Olympian also had to also struggle with lack of state support, despite her stellar track record. As Hidilyn admitted in the run-up to the Olympics, “Hirap na hirap na ako [I’m struggling]… I need financial support.”

Thankfully, a number of Filipino-Chinese businessmen chipped in and even managed to hire Chinese coach Gao Kaiwen, who was instrumental in honing Hidilyn toward her historic victory.

As expected, an avalanche of credit-grabbers have poured in, including a foreign envoy who not so subtly implied that Hidilyn’s success was ultimately a product of “cooperation” with and generosity by his country. Never mind that Hidilyn was already a silver medalist before private citizens hired a new world-class coach for her.

Even more surreal were the sloppy impresarios who tried to portray Hidilyn’s success as a reflection of the current President’s leadership. Say what? These were the same “bloggers” or hired trolls, of course, who couldn’t stop harassing our Olympian prior to the Olympics.

Arguably, what makes Hidilyn and her victory most special is her pure and uncompromising patriotism. Unafraid of alienating the powers that be, the Philippines’ golden girl wasted no time reminding the Filipino people, regardless of class or political leaning, that “the West Philippine Sea is ours.”