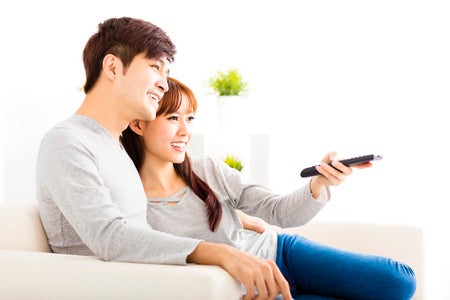 In the beginning, there was just I. And it was wonderful. I, with siblings and cousins, enjoying movie nights or foodie sessions; that is, if we were not busy bickering over which channel to tune into or figuring out who wore or used whose personal belongings without permission. I, with classmates and friends, experimenting on style, finding our individual voices, binging on Asianovelas, and salivating over the matinee idols of our generation. I with books and poetry — I enjoyed it all, even on my own.

I grew up a fangirl. Somehow this has insulated me from the complications of puberty and amorous exploits. When my peers stressed over handwritten declarations of affection toward or from their puppy loves, I labored on memorizing the lyrics of my favorite singers’ songs, many of which were written in a language I did not even understand.

While other teenagers cried over broken promises, I was heartbroken over my financial inability to secure a ticket to my beloved band’s concert. I had it all figured out: after graduating, I would fly over to my bias’ country, where we would see each other in person for the first time, fall crazily in love, and be together forever. In the meantime, I thought, I would remain devoted from afar. I would press on until that fateful first meeting.

See, that is the great thing about being a fan. You get to fantasize, and those alternate realities get you through everything, even the difficult times. Feeling down? Exhausted from exam week? Didn’t get the job? Simply head on over to celebrity crush’s online profile to get one’s daily dose of mood boosters. All the feels are there. There’s kilig, excitement, suspense, shock and awe.

Never mind that it is for the most part one-sided. Fans are easily pleased and find bliss in the littlest of effort from their heroes — a wave, a smile and a “mahal ko kayo.” Oh, and don’t even get me started on fan signs, meet-and-greets and concert spots secured through rigid lottery systems. It was like an entire world in itself. I was happy and perfectly content in it.

Then one sunny June afternoon, he came, wearing the brightest of smiles. There was an air of confidence in him that captivates, a certain lightness and openness. I thought he was interesting, but as it could naturally be expected out of such brief and random encounters, he would probably be out of sight and out of mind sooner than I could say “Hi, nice to meet you.”

Yet, he stayed. And here I am wondering how thousands of days after that first hello, he is still here. What happened in between the now and then? A-plenty, I say, and he would probably agree. As I piece together the various fragments of our togetherness, so far, I cannot help but be amazed by the marvel of it all.

I remember when he and I first got to know one another while stuck in traffic for an hour or so. When I arrived at my stop, I thought that would be the end of it. But the ball unexpectedly kept rolling. One ride thereafter turned into thousands of kilometres traveled, hundreds of thousands of footsteps, and millions of seconds spent together.

There he was in the happy moments and the sad; the good and the bad; the pretty, the ugly and the pretty ugly. And here he is still, flesh and bone, blood and sweat, real in every way. Hard to believe that there was once a time when he was not here.

I am no longer living in make believe. And it is all at once beautifully raw and terrifyingly wondrous. Things were not always rosy, but he and I manage. I am grateful for these shared experiences that shaped who he and I have now become. But more importantly, I thank him for being him and for accepting who I was, am, and am turning into.

So this is what it’s like when feelings are not only known and appreciated, but are truly welcome and reciprocated; when the object of one’s affection is a hundred percent present, tangible and can be touched, dotes and can be doted on. It was strange having all these emotions since I have never been in a relationship before. I thought those countless hours spent watching or reading about romance have already prepared me for this. Instead, I found myself pleasantly surprised.

He surpassed all my expectations, and constantly proves that real life — with all its twists and turns — is so much more colorful than the imagined. Suddenly, I understand why the ballads and poems talk of being swept off one’s feet, of helplessness and longing, and of being fully consumed by the world’s most powerful force.

The plots and cheesy movie lines finally made sense; the songs have now taken on a whole new meaning. The best part? It is only the beginning. And while this terrain still remains largely uncharted, I am filled with excitement as I get to explore it and learn something new from it every day, with him.

Diana Nica De Guzman took up AB Literature from De La Salle University. She is into 1990s and early 2000s East Asian pop and boyband music, and is particularly hooked on “Westlife and TVXQ forever.” Nowadays, she listens to more OPM and is a fan of Ben&Ben. Though happily taken, she still hopes to meet and have a selfie with Xiah (Kim Junsu) in the future.

Discerning for the one