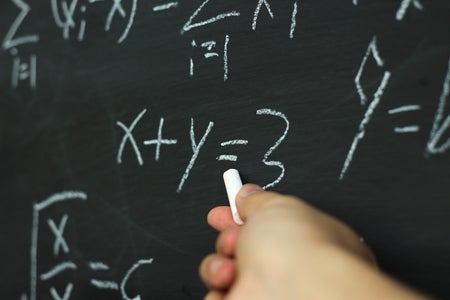 Five years ago, when I went home one night, I was surprised to see kids waiting for me in front of our house. I was reading stories to these kids every Sunday as part of my literacy advocacy for already a year at that time.

I stood there frozen, shocked for a moment. Then I accompanied them home and asked their parents if the kids were telling the truth. The parents confirmed. They said they were asked by the land owner to leave their houses in the informal settlement because these would be demolished. That was my first heartbreak.

But that didn’t stop me from reading stories to the kids. Good thing, the demolition was delayed until last year and the relocation site was still in the same barangay. From reading stories (some were my own), I began teaching the kids different topics in language, art, science and math. We had spelling and tongue twisters. We painted using watercolor. We did science experiments to understand acid and base that could be found at home, and made sense of potential and kinetic energy through dominoes. We played “The Boat is Sinking” to learn the concept of division and remainder.

All of these eventually encouraged me to pursue a master’s degree in creative writing to help me continue my advocacy, though I actually graduated with a bachelor’s degree in Applied Mathematics. I wanted to write poetry and short stories for children, but using mathematical themes.

I would always tell the kids that when I was their age, I hated math, but now I was teaching them basic math concepts. I point this out to them to show that people, even those who did not like math at first can learn to appreciate it, or even excel in it, if they would only focus, persevere and believe. I told the kids how I even ended up taking Applied Mathematics in college, and learned to love it. Now, it excites me to envision a collection of poetry and short stories for children which tackles math concepts — counting, shapes, arithmetic, remainder, discount, percent, probability — all because I want kids in general to enjoy math and appreciate its importance.

Perhaps the one unforgettable triumph that my love for math has brought into my life would be when a collection of poems for children that I wrote won a national prize a few years back. I fielded it three times before it won, and actually almost did not send it again anymore for another shot, after its second defeat. It was inspired by the paper folding techniques I taught the kids. One poem was about a kid who was flying a paper airplane. She wished that her airplane would reach her overseas Filipino worker mother, and that her prayer for her mother to come back home would be heard. Truth is, it was based on the story of Mica (aged 9) and Cheska (aged 8), two of the kids I was teaching in our subdivision. I was happy that they had finally reunited with their mother in the summer of 2017, even just for a few months, before the latter went back to work again abroad.

I always tell the kids to never give up on their passions and dreams. If they like to draw, then they should study Fine Arts or Animation. If they like to write, then enroll in Creative Writing or Journalism. I remind them to never quit. After all, it does not even take a numbers wizard to know that quitting obliterates all probability of success, because in life, anything is possible.

John Patrick F. Solano earned a B.S. in Applied Mathematics degree from the Polytechnic University of the Philippines, and is currently taking up graduate studies at the University of the Philippines for an M.A. in Malikhaing Pagsulat. He won second prize for his children’s poetry collection, “Tiniklop-tiklop na Bugtong”, at the 2016 Carlos Palanca Memorial Awards for Literature. His research papers on mathematics have also been internationally presented and published.