Discerning for the one 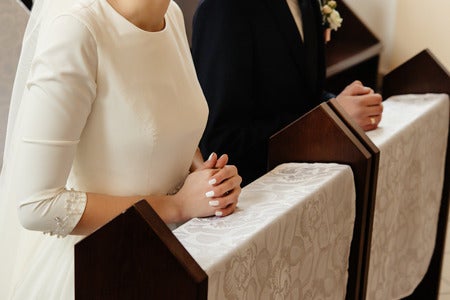 After being stuck in a one-sided love for many years, I actually found it difficult to move on. It was probably because there were a lot of questions left unanswered in me. Good thing, though, God allowed me and that man to meet for the last time, which served as closure for me.

Since then, I have crossed paths with several people. Yet, in the end, it is has always been that I either do not have feelings for the guy I meet, or I am left behind. Out of my desire to find love, I have placed my fate in my own hands. I tried using a dating application. Still, it did not work.

I used to pray hard for God’s will to be done in this area of my life. A lot of times in the past, it seemed as if I was not getting any response from him. People around me gave the same advice all the time, saying, “’Wag mong hanapin, kusang darating ‘yan,” but I do not seem to get the logic in that. In my mind, I would answer them back, wanting to point out how easy it is for them to be dismissive because they already have partners, and they are not in my shoes. But I only would just smile back at them instead. I felt so low and sorry for myself. Perhaps, it cannot be helped – you really crave for what appears to be missing. As time passed by, I grew tired and stopped including this in my prayers. I began to accept that maybe I am destined for single blessedness for the rest of my life.

All of a sudden, there was a twist of fate. My mother and her friend reunited, which paved the way for me to meet Dexter. At first, I was not interested to engage in a conversation with him thinking that just like others, he would just come and go. But I was encouraged to give it a try and be friends with him, so I did. As we went through the getting-to-know-you phase, I was filled with worry and doubt. At that point, I have already built a wall around myself, to avoid getting hurt.

Despite how cold I have been, he still showed eagerness to chat with me, asking how I was and how my day went. Every day, he would drop a message in the morning, in between his breaks, and as soon as his shift ends, after finishing his dinner. He patiently kept with my pace until he gained my trust and I felt at ease with him. He made me know him in a deeper level, exposing himself with all honesty, regardless that it might be a turn-off for me. Gradually, I enjoyed talking to him, until I looked forward to receiving messages from him. But even when that was already the case, I still would constantly pray and ask God for discernment, particularly when I noticed that I was already liking him. I feared the possibility that he might not actually be serious with me. However, he proved me wrong.

I remember, on our first meeting, he fetched me from work, drove me home and introduced himself to my family. Since then, he has made efforts to show that he has good intentions for me. He willingly worked things out to get the approval and trust of the people who are important to me. Having seen all of these, I took the risk and said “yes” to be in a relationship with him. Little did I know that giving him a chance will turn out to be the greatest risk I will be grateful for each day.

From then on, he consistently made me feel loved in his own special ways. We would both comply with the curfew set by my parents, to be home at 9 p.m., and he would drop me off at our house just to make sure I am safe. Whenever it seems as if there is something that bothers me, or when I am not in a good mood, he would make me smile and laugh with his silly actions and jokes. Without me saying a word, he would know how I feel.

He knows that I am an introvert by nature, so he would always ask if I am doing fine, particularly making things less awkward when I got to meet his family, relatives and friends for the first time. No matter how tired he is or when it is him who is not feeling well, he would still come to see me, especially if we have agreed to meet. When he spoke about his plans for the future, I would always be included in them. Most of all, during times when I bring up a concern to him, he would always choose to listen and understand. He would make sure not to let the day pass without resolving a problem, and he would make the necessary adjustments if there is a need to do so.

As he came into my life, I have found a confidant, a stress reliever, a happy pill and a spiritual partner, all rolled into one.

With everything that has happened, I realized that God has indeed made everything beautiful in his time. It was when I sought God first that He granted me what my heart desires. It all made sense now, why I had to wait for so very long: God wanted to prepare me for what He has in store for me. He developed in me the value of faith and patience, to have confidence in Him, that He will always make things work together for my good. True enough, when it is God who gives, it is surely worth the wait.

Michelle Aquino from Elizabeth Seton School loves reading inspirational books and journaling. She considers writing about her personal experiences a means of sharing her testimony of how God has been working in her life.