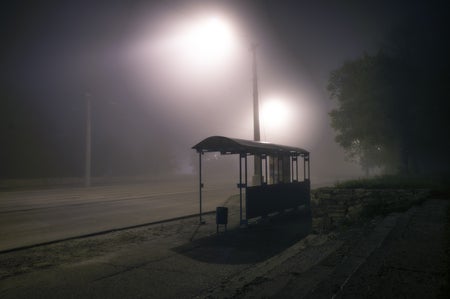 He asked me, “You’re leaving today?” and I said “No, I was just packing for tomorrow.” My answer, if he sensed it, said a lot about what we both settled for and what we were about to let go.

I stacked my books one after the other, packing my things inside balikbayan boxes that our friend gave me. Countless moments flashed, like movie scenes, of the past six months I was here. The first time I saw him. The first time I waltzed in the halls of the old school library, staring blankly at the spine of each book, and the first time I stirred upon feeling his touch. Going through the things I would take back home, I saw these little keychains of strawberries and words he got me from Baguio, and I knew I would never forget the place he grew up in. I was leaving, and I knew we had little or no time.

I did not like him at first, really. I told him I loved the beach, but he loved waves, waves crashing down like bricks of a home I have built and now, leaving. I knew I was never the one. Argument after argument, compromise after compromise, at least these made him stay; but I will never be the one, because there was someone I could not replace.

An afternoon spent with cold and hot tea; I used to think he could like what I like. We shared seconds, minutes and hours, we managed to build moment after moment, I thought. Then I felt a chill up my spine, realizing the complications, his complications, and mine, I who never bothered feeling unwanted.

I smoked a couple of sticks. I looked at his eyes with dismay. I knew he did not like what he saw, nor the sight of me being that way. Neither did I really like that there is that name imprinted on his chest all along, the name of that one who brings in the waves.

I watched him swim like a kid even when he did not know how to. Despite the things I did not like, I looked on further at what I would be missing — his quietness, his whims, his all too perfectly brushed hair, his eyes, his laughter and his smile.

That same afternoon I decided to write poetry, something for him to read and something I know he will grow tired of reading – as I know I could grow tired of writing about him, too. He managed to read between the lines and he realized I was saying goodbye. It is probably what’s best for two people who can never meet halfway.

The evening went by smoothly. We were too tired as we prepared for my departure. Walking past the crossing, I gave in to a sudden rush I felt and I ran a few steps ahead before he told me to stop and wait for him. He did not like the adrenaline of crossing, I thought, of chasing cars one after the other. But I liked that. So I held his hand and we ran swiftly towards the bus stop, across our office, and stood for around an hour trying to bid time to stop as I try to hold off words.

“What’s your plan?” he asked. I responded, “Probably still teach, at the uni.”

Then I asked, “How did you find the poem?” He responded, “Quite tragic, I’d say. I’m speechless.”

“Can you write still?” I asked again. He reacted quickly and said, “I can’t, it’s not for me.”

I tried convincing him to write for me, I knew I would read it until I grew tired of reading, I hoped he would write until he grows tired of writing for me. Then he nodded, “I will try.”

He noticed I was anxious; was all this hard for him too? He told me he would not be home until morning. I figured his next hours will be spent killing time at his favorite coffee shop right across town, staring at pictures, letters and notes. He told me he will work on papers through the night. As I was praying for him to finally ask me to go, hail a ride, disappear, he raised his hand and did the hailing, until a driver pulled over.

He tapped my shoulder and asked, “Won’t you be back anymore?”

I held his hand, caressed his shoulder, softly I uttered my goodbye and whispered, “Will you miss me?”

No words came from him as our eyes met. I had no clue of how he felt. He then said he needed time. He had no clue our time has ended.

Brian Bobadilla currently works as a research practitioner and full-time lecturer in a private college in the city of Bacoor. He took up Education, majoring in English at Adamson University, and is now finishing his master’s degree in Language and Literature at De La Salle University. He is an aspiring writer who explores various genres and styles, such as tragedy and erotica.

That time with him