That time with him | Inquirer Opinion

That time with him 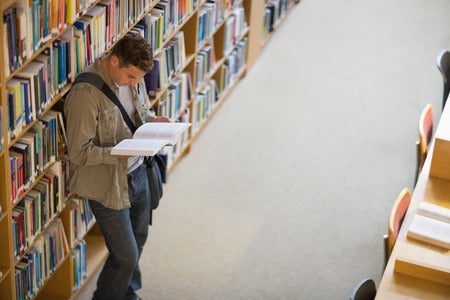 “We have time,” he said. This, against the rush of every spontaneous midnight rendezvous we had shared for the past five years. The threat of dawn always falls over our heads.

It was mid-afternoon. I stacked books upon books from the library into my arm. My hand glided on every spine left on the shelf, an act meant to hide the fact that the titles appeared like a blur to me. My body, as if wired to him, chose to bask in his presence. I stopped in between familiar covers of poetry books and chose ones which I believed he might like. I was used to our brief encounters in a parking lot on rainy days. I had yet to practice the art of slowing down.

I took him to the spot in the library where a huge window offers a light perfect for reading and an aerial view of the university’s amphitheater. It was my secret place. The books I acquired were placed on the floor. “You said we can sleep here,” his eyes trailed on the small corner devoid of any couch. “Definitely,” he continued to joke as we sat down. I laughed before spouting a couple of positions that would make sleeping on the ground a little less uncomfortable. He took out a copy of a novel about burning words on paper.

“Where did you get that?” I asked.

“Here in the library,” he answered.

I knew he wanted me to check the book from the way it was positioned on the floor.

“But this is your handwriting,” I pointed towards the page numbers he wrote on the title page.

“I was joking. You believed that?” No, I figured. I can understand the unsaid better than what is voiced out by the way his silence speaks. I have long mastered our language.

We reveled in silence instead of talking endlessly like we used to. The moment’s stillness was broken by a sigh or a hum in agreement to the book each of us was reading. He allowed me to interrupt him when I found verses that were fitting. He told me to read the entire poem, not mere lines. He asked me to utter the words slowly. After all, we had time. I couldn’t remember the number of times I claimed, “This is the last” as I found the poems I dog-eared in my mind. The way he put down his book urged me to go on. His smile revealed he knew it wasn’t the last. It was a glimpse of what could be, if only my fear was not multiplied by his indecisiveness.

He laid his chin on his bag, and after a long time of calculating the rightness of the situation, I rested my head on his back. I reached for his hair. My hand started to caress it. He whispered that he might fall asleep. 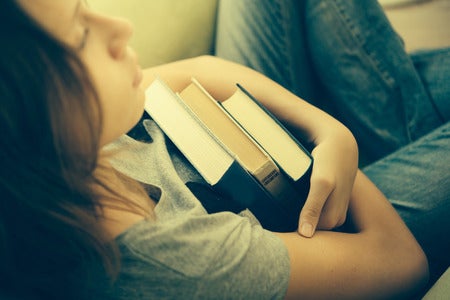 We turned a place into our own space. One which we called magical, a secret unshared, ours alone. It took me back to the evenings long ago when we were seated on his car’s trunk, stationary in an empty parking lot. The accumulation of our dreams and desires transformed the infrequency into a ritual, almost holy for its utmost necessity to deliver us from the mundanity of every day. Still, the threat of every meeting being the last remained. The space became what the night called for, what the day couldn’t give. The setting was a reflection of our relationship — a place for stopping by before we, once again, became mere strangers off to somewhere.

“This is our first sunset together,” I mentioned. My eyes are drawn away from my book. I sat up and leaned my back on the book shelf. The window served as a frame to the terracotta skies. He joked about taking a photo, but the sunset was hidden behind a building. I didn’t really need the entire picture to know what existed. Poetry has taught me subtlety.

“Why do you write?” A question asked numerous times in the past was asked again. In every instance, my answer became an echo of my progress as a writer and my disposition as an individual. It was the “how are you?” in our language.

We both venture into the realm of words, me with poetry and him with songs. What we had was rooted in our respect for each other’s craft. His questions brought me the answers I needed to hear from myself, my answers brought him the questions he needed to ask himself. It almost felt like dependence. A cycle that we couldn’t break even after our numerous attempts. Our need for each other was masked in the magic of cosmic happenstance. Perhaps, it was all romanticized, the way poems and songs romanticize the rainy city, flickering lights and unsent letters.

He rested his head on my lap. I made a joke on copying my professor’s poem about the boy who sleeps on his lap. “But make it faceward,” he joked. “He Who Sleeps On My Lap — Faceward,” we chimed in, together.

Years ago, I write to fight the inevitability of forgetting. His name is etched on each word in my poems. The tilt of his eyes, which I believed would never be extinguished from my memory, appeared new to me at that moment. His gaze, expectant, I still recognize even without looking. It took me several minutes to tie my words together and answer: to capture a lifetime in that single fleeting moment, and maybe, for people to eventually recognize a hint of humanity there.

“We are never going to be together,” he said “But there is always this hanging question: what if we do?”

“Perhaps not in this lifetime,” I replied. “But we came close enough.”

That night, we strolled along the street, side by side. The city remained in transit to the hours. Street lamps lit up. Vehicles flowed endlessly on the road. People walked inches closer to home. We weren’t housed inside a car where he was the one in control of the steering wheel. The question of where we were going was finally answered. In our own pace. I realized how walking, like poetry, required an internal rhyme — acquired by years of practicing the existing forms. The conclusion may not be the ending I expected when it began, but a conclusion is still an ending. Time, beyond poems and songs, does not wait for all lovers. The dawning of it finally falling over us.

Ara Jenika Vinzon is a literary writer who delves into various genres such as playwriting and poetry, taking up MFA in Creative Writing at De La Salle University.