Possessed: A case of ghosting 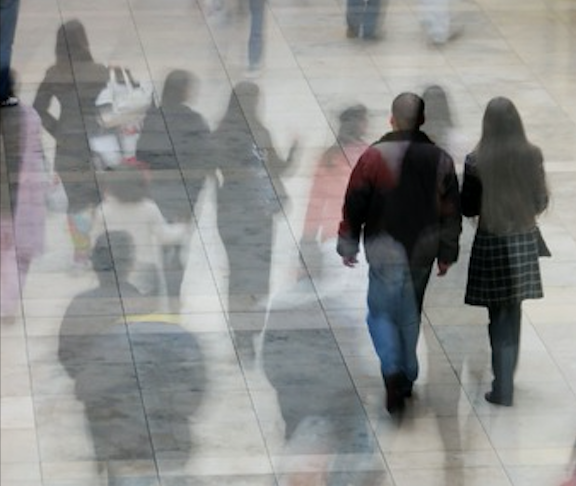 “21st floor, look for the yellow door.” I remember giving away the words anxiously yet almost as easily as if merely giving instructions for a delivery. Well, in a sense, there would be a package coming, and perhaps one that would also just deliver and go, as such packages normally do. Coming, then going. But this appeared to be a different case.

You know which type of ghost is the scariest? It’s the one that doesn’t go away easily. The ones who like to pretend they have not yet passed away and are still very much with us. The ones that make up plans so they can reappear repeatedly despite your suspicion that nothing won’t ever materialize. But no matter how certain you thought you were about those you expect to be never seen and never heard of after a first encounter, some just keep showing up over and over again, which makes it all the more frightening. What do they want? Our bodies? (Again?!)

Cooped up in my unit above the most stimulating, drunken, and haunted-with-the-living-dead barangay in Makati — where every night is a story waiting to be bent, contorted and told, sprawling with characters like some sort of fiction convention — I was spread-eagled across the big black rug, alone in the darkness of my living room, squeezing my brains out for a 90-paged script due for a class in a little less than 48 hours, or probably lesser. Strained by days of counting white cars that pass by the street below while midget-and-whore-watching for material, I stole a quick sanity break.

I took my phone out with me to the balcony and lit a cigarette, but staring out into the city wouldn’t let my mind rest from all the serial killers, psychopaths and other evil characters in my head, fighting for a spot in my script. I unlocked my phone hoping for some mindless banter seconds after I heard a lady screaming downstairs, probably from a nearby bar – ah, a character. But that would have to wait. I decided to try the dating app everyone was too hot about at the time, and after just minutes of lurking around, I came across countless lefts before one interesting right. Without even getting the chance to finish judging the next guy on the site, a message pops up. “Ask me a question,” it demanded. And with no plans at all of meeting up with anyone in my jammies, I bantered “Would you like to go out with me?”

Immediately it dinged with a “Would love to! Where shall I go to you?” Sounds exciting and alarming at the same time, so with all the panic and anxiety in my body, I responded with a “Now??” A quick “Yeah! Where are you?” popped up in response, and I began pacing the room juggling between thoughts of chances that this person could be a burglar or a psychopath, or should I take a bath? Notifications kept ringing with “Hey, I’m brushing my teeth!” “Getting dressed! I look so cute in my polo!” and “Heeeeeey! Please say yes, let’s chill!” And with a newly acquired what-the-hell attitude, I obliged. Ten minutes after, a knock on the yellow door.

Ghosts always make sure you know they’re ghosts. They’ll make some late night appearances, do some unreal things that make you question their existence — some things you only hear in superstitious remote towns, or works of fiction.

The thing about firsts is that, like it or not, we tend to romanticize them. No matter how transactional we know it is, we always find the loophole of mornings.

He stayed the night until I had to get ready for work. I honestly still couldn’t believe everything that happened just a few hours ago. He offered me a ride to work but I refused, he could just be being polite, I presumed. So he went out and left, not making any contact with his host, when just a few hours ago not even air could seep through us, conjoined, before the sun rose. I made a quick check if any of my stuff were gone, then made my way to the shower as if nothing had happened, until there came another unexpected knock. Did I have anything delivered? The idea of him already forgotten. He was back to borrow a thousand bucks because his whoopty got toed. Only one fear came to mind: I am never seeing Abad Santos, Lim and Escoda ever again, am I? I guess it was my payment for wanting a break, and a warm pillow for the night. But I felt it was my duty as a human being to help, despite the fear of possibly eating canned tuna for the entire week before payday. Again, I obliged. Buh-bye, my little blue friends.

That night, I couldn’t get my mind off having let go of what was then half a day’s pay – I wasn’t sure if it was because I wanted an excuse, a way, for me and the guy to see each other again, or was I just being rational and frugal? It was a fun night, if I had to admit.

Then very soon, just like the first time, I got another knock on the door. And another. And another until it reached more than a habit’s count (and the return of my homies). He’d come over with a stolen bottle of fine wine, a skateboard, some movies and good music. We’d go out to skate on empty streets and eat take out in the car while freestyling to some empty beats. There would always be a knock on the door in the wee hours, until it became sparse. Until I found myself no longer waiting for the knocking but asking for it.

The truth is, ghosts only become ghosts when one has completely acknowledged their existence, for they demand the presence of their absence to be felt. So they linger, making sure you acknowledge that they’re real and everything you’ve experienced happened. It wasn’t until after three months that the ghost finally decided to leave, after it had exhausted the spirit out of the host, when the host had already pronounced itself haunted.

Abien Nina Coronel is a freelance filmmaker taking up Master of Fine Arts in Creative Writing at De La Salle University. Aside from films and literature, she also loves comics and talking about them.