Loved into being | Inquirer Opinion 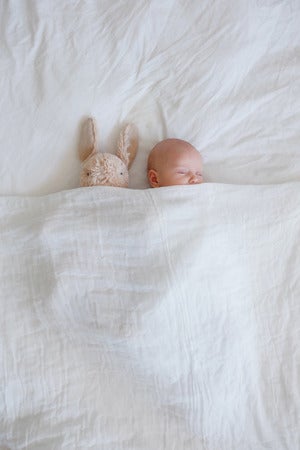 Before you read this, you must know the story of “The Velveteen Rabbit“, written by Margery Williams. There was once a stuffed rabbit owned by a little boy. The rabbit, like all toys, became shabby and worn as time went on. His pink lining turned gray and his whiskers fell off but the boy loved the stuffed rabbit still. To the boy, the rabbit was real. One day, the rabbit went the way all old toys go and found himself threadbare and thrown out. But all love, even the brief love of a child for a simple toy, has some magic. The boy’s love transformed the velveteen rabbit into a real rabbit and in the end, the rabbit joyfully leapt away to be with the real rabbits.

I have witnessed the commotion and shouting when unknown men dragged my family members away, on occasion. My father. My aunt. My uncle. My cousins.

“You’re not real! None of you are real!”

One by one, they are dragged to rehabs or mental institutions. They return and are sent back. This is a regular occurrence in my grandmother’s household. I do not know how old I was when I first witnessed one of these scenes. I do not remember who was shouting what and when, but in my mind’s poor memory I see my father and he is screaming at everyone, at me. You are not real, he yells, before he is taken away one day. I saw him again in after a few months and his memory is even poorer than mine. His eyes are glazed and distant. I am just a child and he is an adult. I think perhaps he knows truths that I do not. I am afraid.

“The Rabbit could not claim to be a model of anything, for he didn’t know that real rabbits existed; he thought they were all stuffed with sawdust like himself.”

As I grew older, things grew worse. One day, my mother and brother were there and the next they were gone. My grandmother tried her best to raise me. I tried my best to be real but I did not know how. I was too quiet. Too slow. Too little. So I faded into the background, becoming less and less — less of what, I hardly know. I was never what I was meant to be. I was an afterthought. I was my mother’s mistake and my father’s failure. When there was screaming and things thrown around, I would hide under a table or find a small space to crawl into. I was good at hiding and keeping quiet. I learned how to read to pass the time in those tiny spaces.

I read many books growing up. I once read about a stuffed toy rabbit who became a real rabbit. I cried and cried and cried. As the weeks and months and years passed I continued to cry. I cried myself to sleep and woke up in the morning, my pillow moist. Oh, I was a sad little thing. I wept until the sawdust within me was soaked with tears and I felt myself absorbing all the dust and grime surrounding me. Years later, in some church, a stranger prayed for me. He told me I cried all the time. I cried even in my dreams. He said one day I wouldn’t cry so much anymore. I was stunned. I had never spoken about those nights of weeping, not to anyone. Someone else had seen me crying. Perhaps I was not as alone in those small, dark corners as I thought.

“Real isn’t how you are made,” said the Skin Horse. “It’s a thing that happens to you. When a child loves you for a long, long time, not just to play with, but REALLY loves you, then you become Real.”

“Does it hurt?” asked the Rabbit.

“Sometimes,” said the Skin Horse, for he was always truthful. “When you are Real you don’t mind being hurt.”

I was not real. I sleepwalked through my days. I did not have a mother or a father. I did, once. My mother was gone and my father was half-mad. I think I had a little brother. I had some old photos. Perhaps these were pictures of another family I only thought was mine. Somewhere, someone was dreaming about a girl with messy hair and glasses who rarely spoke and was as quiet as a ghost. I was that dream and I was lost, displaced in time and place. I was not real and that was okay. If you were not real then you couldn’t get hurt, right?

One afternoon I went to the bathroom and saw blood on my panties. I knew why but I was not prepared for the sudden surge of panic and fear. No, no, no, I thought. This cannot be. Only real things bleed. I am not real. I reminded my body of that fact. I argued and pleaded. So my body responded. I would only bleed every other month. Then every two months. I did not bleed for four months. My body understood but my grandmother did not. She brought me to a gynecologist. I was not real, so they spoke as though I was not there. She is too thin, the gynecologist said. Could she be pregnant? Is she still a virgin? Can you check? My grandmother demanded. Why would she ask that? I thought. I wanted to explain that I was not real you see, so I did not bleed every month like other girls. And how could I be pregnant? I was only fourteen. Then I thought about the man in the family who was out of rehab but back on drugs and in our home. I thought of another man in the family who would mutter to himself as he sat by the dining room table. I thought of the times my grandmother was out and I was at home with one man or the other, or both. I thought and I understood. I was sad that I did.

My mother had reappeared the year before like the heroine in a TV drama. She was still young and beautiful. She had fine clothes, cars and jewelry. She had a new husband and her own house. I did have a little brother. He was seven turning eight. Hello, they said. They visited me once in a while. My mother brought gifts. Then they would say goodbye and leave. I was confused. Wasn’t she supposed to scoop me into her arms and carry me away to her bright new home? Ah, of course. Only real girls got happy endings.

I was not real. But I bled and I could break. Each day the fear within me increased until I thought, I may never be real but at least I can be free. After a night of fear and trembling, I made my way to my mother’s bright new home.

You have to take me in, I said. I was fifteen. I felt and looked older. I was not a pretty girl. I was barefoot, thin and had threadbare old pajamas on. She took me in. I wept. My mother hugged me.

“It doesn’t happen all at once,” said the Skin Horse. “You become. It takes a long time. That’s why it doesn’t often happen to people who break easily, or have sharp edges, or who have to be carefully kept. Generally, by the time you are Real, most of your hair has been loved off and your eyes drop out and you get loose in the joints and very shabby. But these things don’t matter at all, because once you are Real you can’t be ugly, except to people who don’t understand.”

One morning I woke up and took a shower as I always did. Stepped out of the house and blinked, adjusted my glasses, and shielded my eyes from the sun. Wrote the beginnings of a poem. Highlighted a verse on my Bible. Paid the water bill. Rode a bus. Got home tired and a bit hungry. Ate a cheap cupcake. Watched cartoons with my son one weekend. Kissed my husband on the lips. Said a prayer.

I turned thirty-six last month. My hair is thinner and I am flabby. I have stretch marks here and there. Most of my shoes are old and scuffed. But when I look into a mirror I can smile. I am real. I have been for some time. It did not happen all at once. Perhaps it started the day I ran away. It took a while, just as the Skin Horse said. It took a lot of distance and time. It took a few years, living in a country far away, and words that led me to the Word. It took my mother’s prayers and hesitant love. It took poetry and faith in a God of many sorrows. It took a silly man with a guitar who played all my favorite songs and said I do, I do, of course I do, would you like some cake too? It took carrying a life within me and watching him grow and sing and ask me if I loved him. Of course I do.

I still cry but there are other tears. Tears of delight. Tears of gratitude. Tears after a fit of laughter so hard my belly aches and I can’t speak.

Perhaps one day I will tell my son the story of the velveteen rabbit. And when he asks me what is real, I will tell him what the Skin Horse said.

And once you are real, it lasts for always.

Mich is a mother, wife, writer and editor. Her poetry collection “After the Sunstone” is available on Amazon, while her chapbook “Maps of Tenderness” can be availed through direct order. You can find her on Instagram, @toomichinfo.

I thought I knew