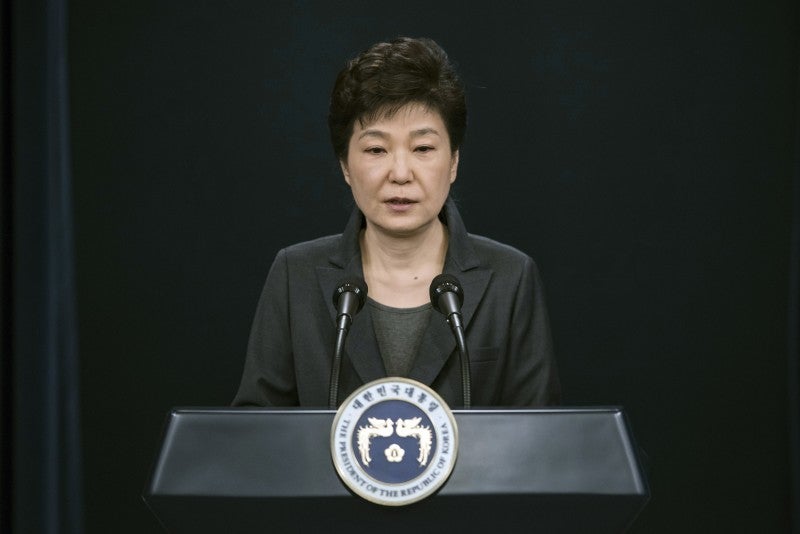 In this Nov. 4, 2016, file photo, South Korean President Park Geun-hye speaks during an address to the nation, at the presidential Blue House in Seoul, South Korea. In only a few days, South Korea’s biggest scandal in years has done what six decades of diplomacy and bloodshed couldn’t, uniting the rival Koreas, at least in one area: indignation against South Korea’s leader. AP

On October 29, 2016, thousands lit candles at the Gwanghwamun area in South Korea to ask sitting President Park Geun-hye to resign. The reason: the current scandal that’s plaguing her government.

But how does that affect us Filipinos? Here is the story in our native Filipino, specifically for the information of the Filipinos in Korea:

The future of the country’s power sources: How renewable and clean energy can sustain the next generations

Duterte participating in UN General Assembly for the first time