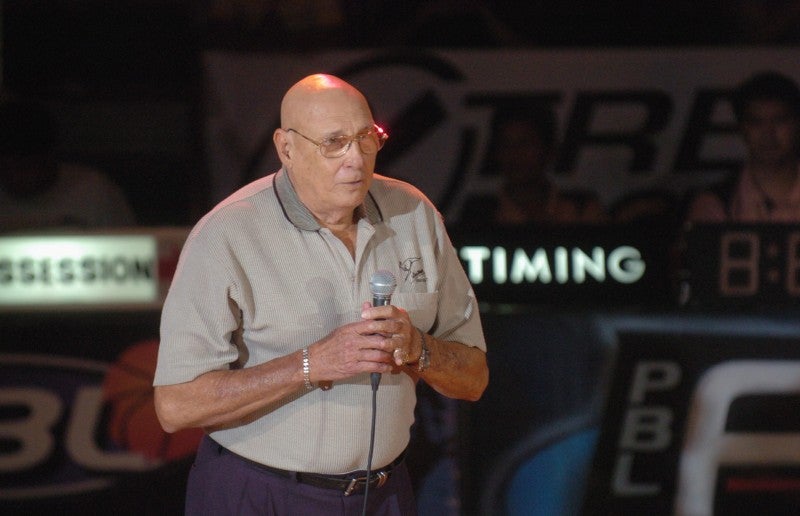 There would be very little to work with if we were to try and measure the greatness of Caloy Loyzaga, who is generally acknowledged as the finest basketball player the Philippines has produced.

The records of his feats are sparse—no one effectively kept statistics in the old days—and videos of his heroics even rarer. All there is to judge him by are clipped literature or yellowed pages in newspaper libraries that extol his contributions to a Philippine team’s triumph abroad, notably in the World Cup and the Olympics.

With Loyzaga formally passing into legend, how do we put context to the myth of the man? Every generation is protective of its sporting icons—hence the unending debates on Michael Jordan against his heirs apparent for the “Greatest Of All Time” label. How do we wedge Loyzaga’s name into every generation’s conversations on the Philippines’ finest basketball players?

How do Loyzaga’s skills and winning rate compare with that of the great Ramon Fernandez, who has collected championships in almost every tournament he has played? How does his basketball IQ measure against the guile of Alvin Patrimonio, and where does his work ethic rank when put alongside, say, Danny Ildefonso’s? In the pantheon of the Philippines’ basketball heroes, where to cull proof of what made him “The Big Difference”?

Easy. We start with the stories that never falter, the ones that tell of a young Loyzaga tearfully begging a national coach to let him suit up for the Philippine team despite a broken hand. “I can play through the pain,” the young man promised. It’s said he always wanted to wear the national colors, and no injury could dissuade him from representing his country. We listen to oldtimer accounts of how he tenaciously fought for his slot in every national squad and, when he got it, how he would hold his own beside the 11 other players who earned their spots, too.

Loyzaga’s legacy is neither the numbers and victories he produced in the international arena nor the accolades he received, like being named to the world “mythical five” selection. It is not the trophies he collected as part of several national teams.

He competed at a time when players got nothing more than a food allowance, not even money for shoes, when representing the country. And yet, he would fight tooth and nail for that precious slot in the Philippine team.

Loyzaga’s unyielding desire to make the team: That is his legacy. The chance to wear the national colors: That was the reward he sought.

At his death, the message behind every tribute paid by the basketball republic, mostly consisting of people who had never seen him play, was a reminder to everyone of what it meant to be chosen as a member of the Philippine team. It is a representation that he accepted with pride and passion—now so diluted in an era where hidden interests trigger snubs to national team call-ups.

In July, Manila will host one of the Olympic qualifying tournaments for the 2016 Summer Games in Rio de Janeiro. There, Gilas Pilipinas will try to snag a wild-card berth to the Olympics. It will not be an easy task; to get to Brazil via the backdoor, Gilas Pilipinas will need the support of its precious home crowd to spur it on against world-class opposition.

Lately, a wave of unity has allowed national coach Tab Baldwin to gather the pool of players he wants to form the team. It wasn’t available to him when the Philippines tried to book a ticket to Rio via last year’s Fiba Asia championship.

As it usually is when Gilas Pilipinas sees action against other countries, social media will be lit with a rallying cry that signifies the fans’ support of the national team: “We are Gilas Pilipinas.”

To honor the legend of “The Big Difference,” we need our national players to respond with a battle cry that encapsulates the man’s legacy. We need our national players to commit to the same pride and passion, grit and effort with which he wore the national colors. We need the nation’s chosen 12 to come together and promise their ardent supporters their best for flag and country.

We need them to declare: “We are Caloy Loyzaga.” And we will be assured that the Philippine team’s fight will be the best it can muster.