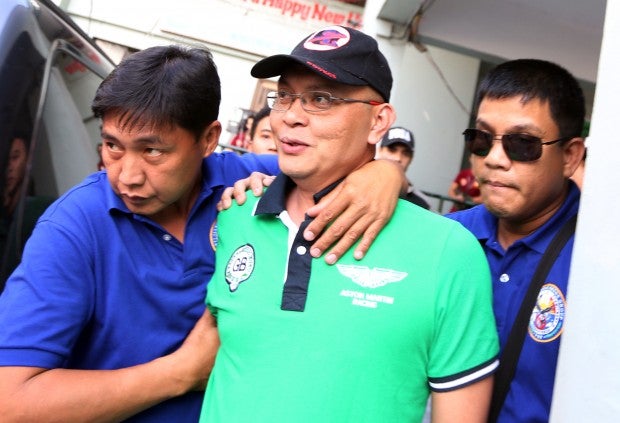 Frame-up, or legitimate arrest? It would take some time to sort out the plain truth behind the apprehension last week of Marine Lt. Col. Ferdinand Marcelino in a drug raid, and in the company yet of an alleged drug supplier. As more details emerge about the circumstances of the raid and the backgrounds of the men involved in it, the flurry of strenuous denials by Marcelino that he is involved in the drug trade, and the police’s assertion that he had turned rogue from his well-known record as a drugbuster in the mid-2000s, is playing out as a battle of credibility: Who has the better, more believable, story?

But it would be naive to think that the dueling information being doled by both camps to the media constitutes even a fraction of the truth behind this startling turn of events. In the netherworld of the drug business, secrets, and the ability to keep them, are as much a prized commodity as the contraband being sold.

There appears to be good reason to frame Marcelino, to turn the tables on him and make him out as no better than the bad guys he was supposedly pursuing. As director of the Special Enforcement Service of the Philippine Drug Enforcement Agency years ago, he was said to have stepped on powerful toes and banged against entrenched interests when he led a number of major operations against drug syndicates. Among these operations were the 2008 arrest of the “Alabang Boys”—three scions of prominent families who were said to be selling drugs—and the 2014 raid of a shabu laboratory in Camiling, Tarlac, that yielded a spectacular hoard worth about P3 billion.

The “Alabang Boys” case alone was enough to cement Marcelino’s image in the public eye as a committed law enforcer. When the Department of Justice dismissed the charges of possession and sale of upscale drugs (tablets of Ecstasy and packets of cocaine) against the three young men for lack of probable cause, Marcelino denounced the bribery and corruption of justice that allegedly took place when “P50 million changed hands.” He himself had been offered P3 million, he alleged; the offer was naturally spurned by the officer who, even now with his improbable arrest in a drug den, is invariably described by those close to him as an upright, incorruptible scourge of the drug menace—hence their basic suspicion of the current PDEA’s campaign to pin him down.

FEATURED STORIES
OPINION
PH’s Duterte vs SG’s Lee: A world of contrasts
OPINION
Duterte is the weakest link
OPINION
If you must go to the bank or grocery…

But then there is the simple question asked by the arresting police: What was Marcelino doing in a townhouse said to be a shabu lab in Sta. Cruz, Manila, with Chinese national Yan Yi Shou and a stash that the arresting police said amounted to P383 million? Despite having gone back to his mother unit in the Navy after his PDEA stint, Marcelino said he was at the scene on a covert mission for the Intelligence Service of the Armed Forces to check out the place as part of his continuing undercover operations against drug syndicates. But when asked to produce a valid mission order, what he showed authorities was one signed by Army chief Lt. Gen. Eduardo Año that lapsed two years ago.

Marcelino’s story about having to stake out the place all by himself, with no law-enforcement backup, strains credulity. But so does the new claim by the PDEA that the bag Marcelino was carrying that day yielded 13 bank deposit slips amounting to P2.25 million—the implication being that the top narc is now on the payroll of the crooks he had pursued with such vigor not so long ago. That latest detail is so neat and convenient—why would Marcelino carry such evidence around with him?—that it produces, not answers, but raised eyebrows.

Unfortunately, what the intramurals underline is the immense dysfunction at the heart of the country’s law-enforcement system, which has contributed to the continuing breakdown of law and order everywhere. Marcelino’s explosive bribery exposé in 2008, among others, should have triggered an impartial inquiry into, and wide-ranging reforms in, the police force and the government’s prosecutorial bodies. Nothing of the sort happened. The current corruption and disarray among the people tasked to secure the peace and welfare of ordinary citizens breed a greater sense of impunity among criminals. Whether Marcelino is guilty or not, the ruthless infighting exposed by his arrest amounts to giving aid and comfort to the enemy.