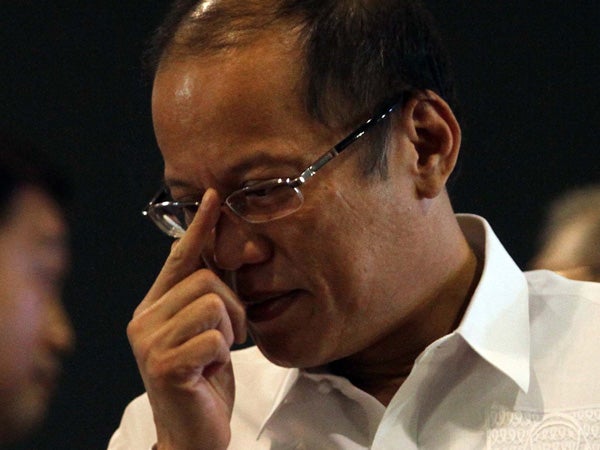 I attended the 2016 SWS Survey Review at the AIM last Wednesday, which covered nine surveys for this year plus comparisons with other administrations (Social Weather Stations is, after all, 30 years old). The presentation, by Mahar Mangahas, was an eye-opener.

Also, the Aquino administration’s survey ratings (net satisfaction) for the entire period (2010-2015) averaged +39, which is considered good. From eyeballing the graph, it is clear that P-Noy’s ratings are the highest among the five post-Marcos presidents.

Comparing the Aquino administration with those of the other presidents, P-Noy certainly comes out favorably. On such matters as the quality of children’s education, providing enough electricity, helping victims of disasters, helping the poor, promoting the welfare of overseas Filipino workers, protecting the environment, foreign relations, promoting human rights, transparency in government activities, preparing for climate change, giving justice, deciding quickly on important problems, the graphs show that he has done better as far as the people’s net satisfaction ratings are concerned. The only graph where his mother beats him is in telling the truth to the people. But he still beats all the others.

With respect to traffic management by area, the P-Noy administration doesn’t do very well—in fact it compares very badly against Joseph Estrada and Gloria Arroyo when it comes to traffic management in Balance Luzon, Visayas, and Mindanao. But Estrada got a -33, and Arroyo got a -44 net satisfaction rating for the National Capital Region, and P-Noy got a -5. For us Metro Manilans, it seems he still did better than the two others.

He has performed much better than his predecessors in areas like eradicating graft and corruption and fighting inflation. At least, the people’s net satisfaction rating on the average is higher with him.

And businessmen’s reports of corruption in government continue to drop. In comparing with the past (down to 2005) the SWS reports a new low of 32 percent in 2014 and 2015 with respect to personal knowledge of public-sector corruption in the last three months. In 2005, that was 41 percent. A statistically significant difference.

Additionally, 39 percent of businessmen in 2014-2015 reported that most companies in their line of business give bribes to win public-sector contracts. That is a “new low.” In 2000 that figure was 55 percent. In 2009 it was 48 percent.

In short, P-Noy has done relatively well, compared to his predecessors. And more, he seems to have done a good job.

But that’s just it. The administration’s achievements don’t seem to get reported in the media. Could that be the reason for the disconnect? And why should that be? I asked Vergel Santos, a panelist in the forum, who has 50 years of journalism under his belt (I take my hat off to him—he has integrity written all over him) to shed light on this.

His answer, as far as I recall, is that we have a growing problem: media ownership and control by business and political leaders who may have conflicts of interest (and guess who is going to win). We also have the problem of corruption in the media. We will all have to be watchful.

The second eye-opener in Mangahas’ Survey Review is what I learned about the Bangsamoro Basic Law (BBL) and the people’s reaction to it. For example: The survey shows that Catholics know the least about the proposed law—only 13 percent have either extensive or partial but sufficient knowledge of it. This, compared to 19 percent of other Christians, 27 percent of Iglesia ni Cristo, and, not surprisingly, 58 percent of Muslims.

Finally, Mangahas ended on what happened in the 2010 elections: In November 2009, Benigno Aquino III had about 47 percent of the vote, and Manuel Villar had 20 percent. By February, that 27 percent gap had closed to 2-3 percent. And by election time, it had increased to 28 percent.

For vice president: In November, the Mar Roxas-Jojo Binay gap was about 32 percent. In February, Roxas had peaked at almost 50 percent to Binay’s 15 percent (around a 35 percent gap).  But by May, the gap had not only closed, it had reversed:  Binay 43 percent, Roxas 39 percent.