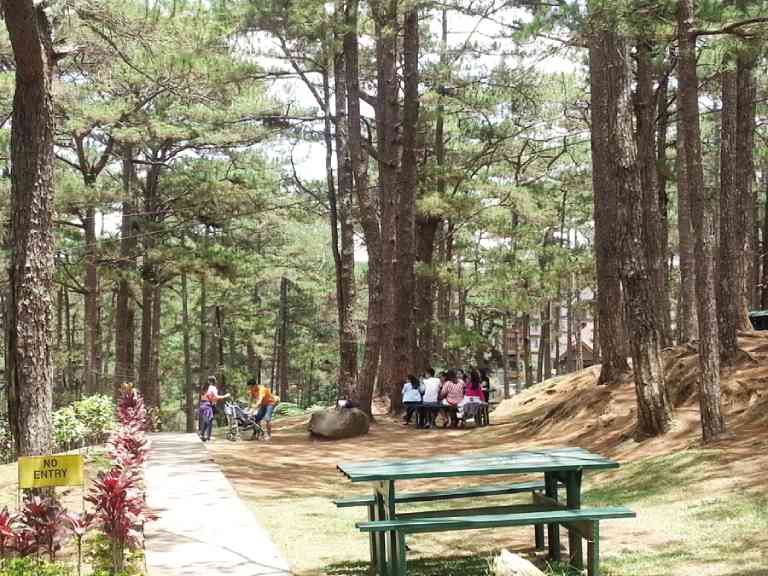 The Bases Conversion and Development Authority (BCDA) didn’t deliver on many of its commitments and consequently, Camp John Hay Development Corp. (CJHDC) couldn’t meet many of its critical obligations.

Hence both sides didn’t meet all the terms agreed to and couldn’t reconcile them amicably.

The Camp John Hay public-private partnership (PPP) project was bid out to the public in 1996. The original lease agreement was signed by the BCDA and CJHDC in October 1996.

After signing the contract, CJHDC found out that:

The BCDA did not disclose an existing case filed by the John Hay Alternative People’s Coalition against the BCDA, JHMC and the BCDA chair, Victor Lim, in 1994. The case, which sought to revoke the special economic zone (SEZ) status of Camp John Hay, was only made known to CJHDC in 2003 when the Supreme Court decision withdrawing the SEZ benefits was published in the newspapers. The ‘nondisclosure’ allegedly misled bidders into believing that the BCDA was bidding out a property without any potential setbacks, causing bidders to make a high offer in good faith.

A significant delay in the issuance of an environmental clearance certificate (ECC) by the Department of Environment and Natural Resources (DENR) prevented CJHDC from commencing development.

The BCDA could not turn over the entire leased premises. It was 32 hectares short of prime land for development since certain areas were occupied by a DENR compound and portions of the US ambassador’s residence, among others.

Delay in the demolition of American-era structures inside Camp John Hay prevented CJHDC from commencing development.

Delay in the issuance of implementing rules deprived CJHDC of its SEZ tax benefits.

The BCDA did not even have a technical description of the 247-hectare leased premises.

CJHDC had to pay P250 million in advance rentals. The BCDA also insisted on CJHDC paying P425 million in rent for 1997 to give the impression that the PPP project was working.

CJHDC dutifully paid the 1997 rental, but it did not agree to pay the 1998 rental until the BCDA delivered on its obligations.

The Asian financial crisis in July 1997 forced the BCDA to accept its shortcomings and work on rectifying its breaches. The two parties agreed to restructure the rents and development proceeded.

Four years after the Supreme Court declared in 2003 as unconstitutional the grant of the tax and financial incentives to CJHDC, the government enacted remedial legislation to restore incentives to CJHDC. This paved the way for a final restructuring agreement in 2008.

CJHDC agreed to acknowledge the back rental obligations during the five-year period despite defaults of the BCDA on the SEZ benefits subject to BCDA’s guarantee to establish a one-stop action center to process and issue all local and national licenses, permits and certifications within 30 days from applications.

The 30-day BCDA guarantee was the prime consideration for CJHDC to acknowledge the suspended rentals during the BCDA’s breach.

The John Hay Management Corp. (JHMC) is the BCDA subsidiary tasked with overseeing Camp John Hay for the BCDA. From 2007 to 2010, it was headed then by Christina Corona, the wife of then Chief Justice Renato Corona.

Unlike other BCDA subsidiaries for converted bases in Subic and Clark, which had hundreds or thousands of locators, JHMC was only overseeing one main locator in Camp John Hay, CJHDC.

Corona claimed the BCDA never consulted her about the 30-day permit commitment so she refused to issue any development permits to CJHDC and its affiliates. Nonetheless, CJHDC continued to pay the annual rentals as called for under the 2008 deal.

In 2011, CJHDC sent three proposal letters to the BCDA to restructure the contract and said it would pay the BCDA P500 million upon signing and continue paying the annual rentals of P150 million per year, as per the original lease agreement, if a new restructuring agreement was signed.

But CJHDC’s primary condition was that critical development and building permits must be issued within 30 days. The proposal was rejected by the BCDA for unknown reasons.

The three letters went unanswered and it was only through news reports that CJHDC found out its proposals had been rejected.

In 2011 the BCDA chair, Felicito Payumo, tried to negotiate with the CJHDC chair, Bob Sobrepeña.

But Casanova and the BCDA board denied Sobrepeña and his group from entering the BCDA boardroom and, more importantly, the opportunity to present the CJHDC compromise proposal.

The BCDA board rejected Sobrepeña’s proposal via press releases.

This left CJHDC with no choice but to go to arbitration.

As of June 2010, CJHDC had paid the BCDA P1.42 billion in rental payments, in spite of the failure of the BCDA/JHMC to establish the one-stop action center and process and issue permits within the 30-day guarantee period.

By then, CJHDC had only been able to develop approximately 20 percent—or fewer than four hectares—of the 18-hectare development area.

The arbitration did not go BCDA’s way. The two types of relief it had sought were both rejected: its demand for payment of ‘alleged’ rentals in arrears amounting to P3.3 billion and its request to have its extrajudicial rescission of the original lease agreement valid.

But since CJHDC had stopped payments, both parties were declared in mutual breach. The original lease agreement was declared as mutually rescinded and the panel ordered mutual restitution. The BCDA was found guilty of failing to abide by its 30-day guarantee under the 2008 agreement.

Most recently, the Court of Appeals issued a decision that followed a 60-day temporary restraining order against the BCDA and other public respondents in the case before the Baguio Regional Trial Court.

In effect, the CA ruled that Camp John Hay homeowners and all third-party investors are all buyers in good faith and cannot be evicted without due process.

Because of its actions, the BCDA has foregone about P5.2 billion worth of potential lease revenue, with 25 percent of that amount going to Baguio City.

What we do find worrying in these arguments is embroiling all those homeowners who had invested in good faith and built or bought houses there.

This is not a pedantic legal issue; this is one of decent common humanity, of fair play supposedly by a compassionate government.

PPP projects, like the one involving Camp John Hay, are not perfect. But disagreements can be worked out as long as both parties are willing to negotiate in good faith. This does not seem to be the case here.

‘This gov’t does not honor contracts’

Enjoy Camp John Hay while you can