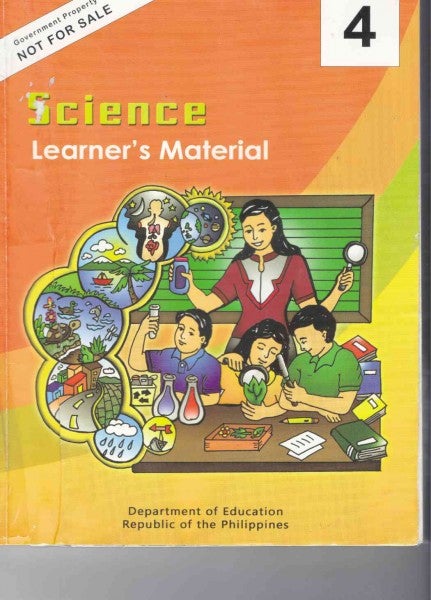 All you ever did was wreck me

Yeah, you, you wreck me

— from “Wrecking Ball,” a song by Miley Cyrus

SCIENCE Learner’s Material” for Grade 4, a new (first edition 2015) textbook published by the Department of Education (DepEd), is the first elementary science textbook I have seen and studied.

It was “collaboratively developed” by 14 writers, 2 consultants, 3 illustrators, 1 layout artist, 1 anchorperson and 2 “managers” from the Bureau of Elementary Education, and was printed by Lexicon Press Inc. at a cost of P82 million.

Currently used by Grade 4 pupils studying in public elementary schools nationwide, this 318-page textbook contains 775 errors ranging from conceptual, pedagogical, logical and grammatical errors to errors having to do with simple drawings and illustrations.

That a mere grade-school-level textbook could have so many errors—an average of 2.4 errors per page—speaks volumes about the real state of the Philippine public school system.

That this textbook was published by no less than the DepEd itself and was “collaboratively developed and reviewed by educators from public and private schools, colleges and universities” is a stinging indictment and rebuke of the way we are in Philippine education—stuck in reverse.

Despite the glowing promises of the K to 12 Basic Education Program of the Aquino administration, the dirt road upon which Filipino schoolchildren are supposed to travel to get to the promised land remains fraught with potholes, humps, roadblocks and spike strips.

Alas, the devil is in the details, in the small print which forms the bulk of what is to be found in the so-called learner’s materials.

The most pernicious of these many obstructions has got to be the very bad quality of our public school textbooks. Like a wrecking ball, defective textbooks damage and destroy us where it matters the most—the education of Filipino schoolchildren. 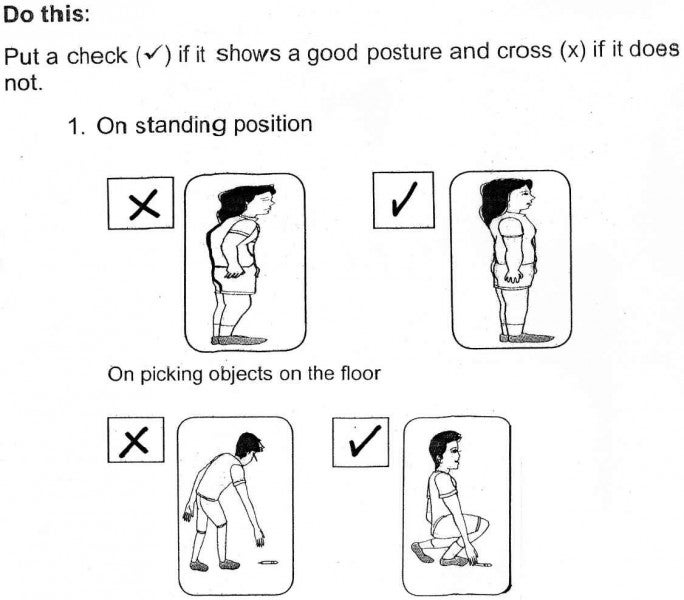 SOME of the illustrations in the “Science Learner’s Material”

Beginning 2013, I took it upon myself to review all four learner’s materials used in the subject English in Grades 7, 8, 9 and 10. My article titled, “Grade 4 Book in Carabao English” (Philippine Daily Inquirer, Sept. 14), also exposed the many errors of two textbooks in English used in Grades 2 and 4.

The DepEd completely ignored all of my published articles pertaining to these six textbooks, lambasting me instead for not bringing my findings directly to it. Yet, the results of my reviews were never contested.

First of all, I am under no obligation to do that and it is the responsibility of the DepEd to respond to feedback, comments and suggestions, no matter how adverse they might be. I will not allow my intention to be corrupted and compromised by the act, as it were, of “sleeping with the enemy.”

Bringing the errors to the radar screen of public consciousness somehow forces the DepEd to stop, look and listen in the hope that it may be induced to rectify the error of its ways.

Over the past 20 years of my advocacy, I have witnessed the quality of our textbooks slide downhill at a steady pace, turning from bad to worse. The seven DepEd-published learner’s materials that I have so far reviewed—being all uniformly riddled with errors

Errors denied, justified and defended will never be corrected. What is shown to be broken and not fixed becomes an intentional and deliberate error. 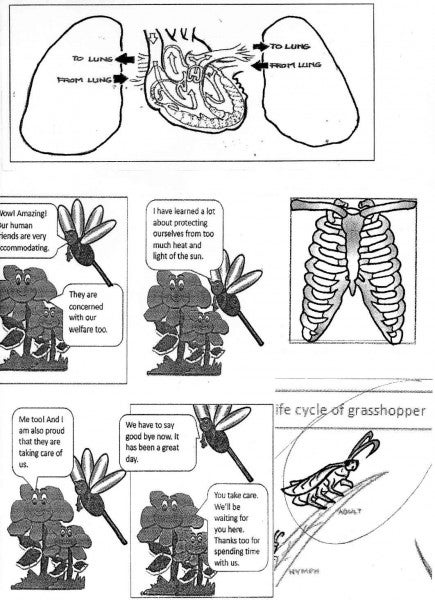 SOME of the illustrations in the “Science Learner’s Material”

Unless and until the textbooks that our children are using are made to conform with accepted norms and standards of accuracy and correctness, the K to 12 program is bound to founder.

It is not the addition of two more years that spells the difference between success and failure but the quality of the instruction that we give to students during their years of stay in school, regardless of how long or short that may be. If we persist in using textbooks that are deficient and defective, are we not idiotizing those who are entrusted to us precisely to make them learn?

I do this not because I hate the DepEd but because I do care, very deeply and very passionately, about what happens to it and what it eventually becomes.

Three of my siblings, in fact, went through the public school system. I did not have what you’d call a “complete” education and so I cannot be proud and haughty.

I just don’t want the children of the poor to experience what I went through, believing that those who have less in life ought to be given a chance to improve their lot by improving their minds.

Love assumes different forms and characters at different times. My 20-year advocacy, in the eyes of some, has taken on the role of a destroyer and a wrecking ball. Consequently, I am despised and persecuted for that.

Yet, I do not mind at all, knowing that love, a double-edged knife that cuts both ways, often pleases no one, least of all the one wielding it. I believe that to create, we sometimes have to destroy, even if in the act of breaking crystal we shatter along with it. What I did, I did for love.

I have said all that needs to be said about this issue. I have asked the questions that cry out for answers. The wise song tells us that we say it best when we say nothing at all. I will, therefore, say no more. Let the errors speak for themselves.

(Antonio Calipjo Go is the academic supervisor of Marian School of Quezon City.)

Read Next
Errors in ‘Science Learner’s Material’ for Grade 4
EDITORS' PICK
Trust Robredo’s political instincts – Kaya Natin! convener
Ahead of ONE: Full Blast II, Mongkolpetch warns Elias Mahmoudi: ‘Watch out for my fists’
1Sambayan to nominees: Stick to word of honor
Alex Eala wins Grand Slam on Independence Day: ‘I hope I made my contribution to the country’
EDITORIAL: Good news, bad news
Kai Sotto continues to inspire Filipinos by sharing his passions and stories with Smart Prepaid
MOST READ
China cautions G7: ‘small’ groups don’t rule the world
Duterte, Mayor Sara unlikely to run under same slate in 2022, says Lacson
1Sambayan to nominees: Stick to word of honor
PH to have cloudy, rainy Monday — Pagasa
Don't miss out on the latest news and information.