Spending Ramadan in Metro Manila for the first time 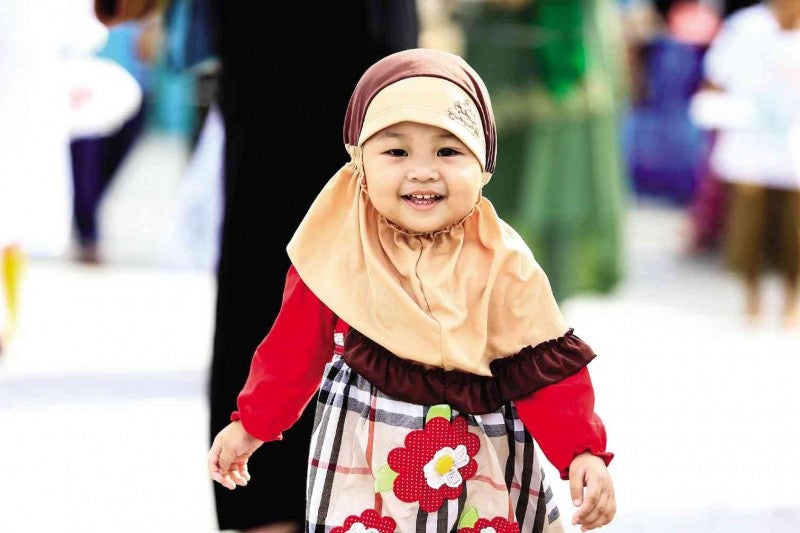 CHUCKLING CHERUBIM She may be too young to understand what Eid al-Fitr means, but this little girl, part of a group of Muslims, who converged at Peñaranda Park in Legazpi City, looks delighted (and delightful) to join the end-of-Ramadan festivities held all over the country on Friday. MARK ALVIC ESPLANA/INQUIRER SOUTHERN LUZON

So what was it like to spend the holy month of Ramadan for the first time away from one’s hometown and in highly urbanized Metro Manila, where almost 90 percent of the population are Catholic?

For a recent transplant to the city like myself, the changes in one’s daily life as I adjust to a different environment can both be minor and significant, especially in how I observed Ramadan away from my comfort zone.

I was the only Muslim out of 11 Communication graduates of batch 2015 in Ateneo de Zamboanga University. And I can say that, considering the Ateneo community is very open and diverse in terms of beliefs, I can readily adjust myself to a non-Muslim environment. Some of my batchmates asked me how I have been in the Inquirer and I said that I find my work very engaging, people here are friendly, and I am always updated with the news everyday.

The Muslim world yesterday celebrated Eid al-Fitr, the end of Ramadan, which is marked by a monthlong dawn-to-dusk fasting. Fasting in Ramadan, the ninth month of the Islamic calendar, is one of the five pillars of Islam. All Muslims who are able to fast from dawn to sunset are obliged to do so. One should abstain from eating, drinking, improper or unlawful actions and sexual activities.

In my hometown of Zamboanga City, fasting seems routine enough during Ramadan. But in Metro Manila, which has a hotter environment because it is more congested and urbanized, with the concrete jungle adding to the heat, going without water for extended periods can be a challenge. Dehydration can be a very real possibility.

I recall that in college in Zamboanga, the only moments when I’d feel really thirsty while fasting were the afternoons after our physical education class. I can imagine how much thirstier I’d feel now had my office in Metro Manila not been air-conditioned. In contrast, thirst during Ramadan had never been much of a concern back home.

Among my colleagues in the office, the whole experience of fasting can be as novel and a cause for concern—about my health, that is.

Questions like “OK ka lang ba?” (Do you feel OK?) were thrown my way while I was fasting, with colleagues wondering how it felt not to eat or drink for hours. In Metro Manila where, according to 2010 census figures from the National Statistics Office, almost 90 percent or at least 10 million are Catholics, life as a Muslim can indeed be mystifying.

But foregoing food and drink for almost 15 hours is no big deal. Fasting is not as hard as it seems. Muslims intending to fast on Ramadan should ideally be consuming heavy meals before dawn, a practice that effectively conditions the mind and body to be ready for the foodless day ahead.

Ramadan also seems to have a miraculous effect on Muslims who observe fasting. I’ve noticed that many Muslims do not get sick despite feeling hungry from their fast, unlike those particular times when we miss even a single meal on a non-Ramadan day. On those times, our head, stomach and the rest of our body seem to scream out for food.

Outside of Ramadan, Muslims have to be conscious of their food intake as well, especially in places like Metro Manila which has a small Muslim population. There is always the risk of consuming pork, an ingredient common enough in most meals in the city but which is considered haram, or prohibited in Islam. It’s a particular concern that makes it important to double-check the food one partakes of before dawn and after dusk, when one breaks fasting around six in the evening.

So far, colleagues in my workplace have been sensitive enough to make sure that the food they offer me don’t have pork in it. Once, however, I was offered bread with pork asado filling. Fortunately, I had asked what the filling was and therefore had the chance to politely refuse the food.

It’s been a good experience so far being a Muslim in a place far—and different—from home. The whole experience has allowed me to learn a lot from those around me, in the same way that they’re learning about Islam from me.

(The author is on her second month working in the Inquirer as an editorial production assistant.)

One with Muslims on end of Ramadan

10 things to know about Ramadan