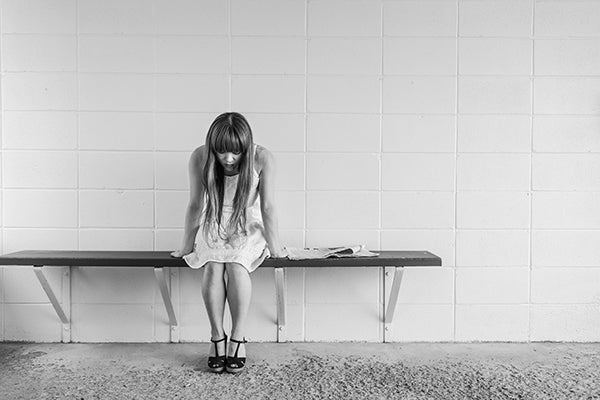 “It’s hard to not feel pain when he’s the first thing you think about when you wake up, the last one before you fall asleep, and all the long minutes in between.”

I am an absolute late bloomer. I had my first boyfriend at 16, and we broke up at 19. I was so young, and although I knew my feelings back then were valid, I didn’t consider it a real and mature relationship. For many years after that, I didn’t have a man in my life. I focused on school, and then after that, my career. It wasn’t until last year that I thought, “Okay, it’s about time I date.” I knew what I wanted. I wanted to have a serious relationship and get to know someone as an investment in possibly sharing the rest of our lives together.

It wasn’t all fun. In fact, there were a lot of disappointments. I went out with about a dozen guys before I met someone who I thought might just be the one. I went out with guys my age, guys in their 30s, Filipinos, expats. And I’ve had my heart mangled in more ways than one.

And then I met someone very different from the rest. For one, he was a lot older than me. He didn’t have the style and lifestyle of any of the guys I dated in the past. He was a free spirit who traveled the world and made friends everywhere he went. He wasn’t exactly what you’d call settled or stable. He moved from place to place and, most of the time, didn’t have plans.  He didn’t give a fuck about what he was wearing. He didn’t look like a total stud (think dad bod and thinning hair).

But looking past these not-so-ideal things, I decided to give it a shot. He was, after all, older and, I hoped, more mature. He was consistent, persistent, and attentive. He made me feel that he was really into me, as opposed to the guys who only remembered me whenever it was convenient for them.

Everything happened quite fast that we pretty much skipped some steps, like getting to know each other and becoming real friends first. I fell in love for the very first time. And he said he fell in love with me, too.

Like in most relationships (I mean, I guess because I haven’t been in a lot), everything was great at first. He had many strong points that made up for his shortcomings. He took me out a lot, listened to me, remembered the things I said, made me feel so wanted and loved. He cooked me breakfast, lunch, and dinner. He put on shows and movies for me to enjoy. Devoted a lot of his time to me. Held me. Kissed me. Told me he loved me. Most important, asked me about my dreams and offered full support.

But just as fast as things began, so did the turbulent times. There were red flags I chose to ignore—messages from other women, messaging other women, using online dating apps, refusing to add me on social media, the limited presence in his life both online and offline, and the selective introductions to his friends and family.

I tried to understand him, to some extent even made excuses for him. I thought to myself that he’s no normal guy, so maybe this can’t be a normal relationship. I aired my side, tried my best to make him understand. But we were both pretty much set in our ways and were only willing to bend to a certain point. I struggled between accepting things in pain and asserting my wants, needs, and beliefs—also in pain.

I also have my shortcomings. I’m obviously younger and inexperienced. I can’t be as mature as I would like to be. I had my personal issues and my insecurities that prevented us from having really good times together. I admit I’ve said and done things that hurt him and made him unhappy. I am just as responsible for this unfortunate heartbreak as he is.

But I guess time comes when you know that enough is enough. It can be a small event or a grand slip-up that causes you to realize this, but when you feel compelled to end a relationship, you’ll know it’s the wise thing to do.

And so I’m going through my first real heartbreak caused by my first real love. The one who brought me the indescribable joy of being in love, but also the one who showed me the unspeakable pain of losing someone.

The pain is too new to me that I don’t really know how to deal. It’s not like my previous heartbreaks and failures where I would just go for a drink or a dance and somehow feel that I’m a step to being better. Right now, I’m at a loss for what to do. It’s hard to not feel pain when he’s the first thing you think about when you wake up, the last one before you fall asleep, and all the long minutes in between.

If I were still my weaker self, I would have decided to just swallow everything and stay in the relationship. But this man has helped me realize how strong I am, and for that I am forever grateful. No matter how bad things have turned out, I am glad that I met him. He has made a mark in my life. I am positive that I will look back at this moment one day, maybe with a new love, and be grateful that it has made me a better person—because I have no plans other than being a much better person, not for anyone else but for myself.

But for now I deal with the pain of my first real heartbreak.

Jean Natividad is a 26-year-old writer and editor from Makati. She navigates the world of startups as a full-time editor by day, and juggles writing for websites, magazines, and other clients by night.

Don’t go to Baguio to move on or find yourself

Read Next
Elementary justice
EDITORS' PICK
Senate OKs on 3rd reading bill allowing school opening after August
Someone from the Philippines can become $356 Million richer this Tuesday
Chaos as thousands return to work in Metro Manila
New strategies urged to improve public transport
Leveling up your ‘lutong bahay’ with the kitchen companion you never knew you needed
Cherry Mobile teams up with Cloud Panda PH, launches online store
MOST READ
‘If I had not been SolGen, I will make you eat your words,’ Calida tells Coco Martin
Senate OKs bill authorizing president to postpone opening of classes beyond August
Chaos as thousands return to work in Metro Manila
51 percent of German firms holding back investments in PH, but not because of COVID-19
Don't miss out on the latest news and information.

ABS-CBN: PDRs do not result in foreign ownership