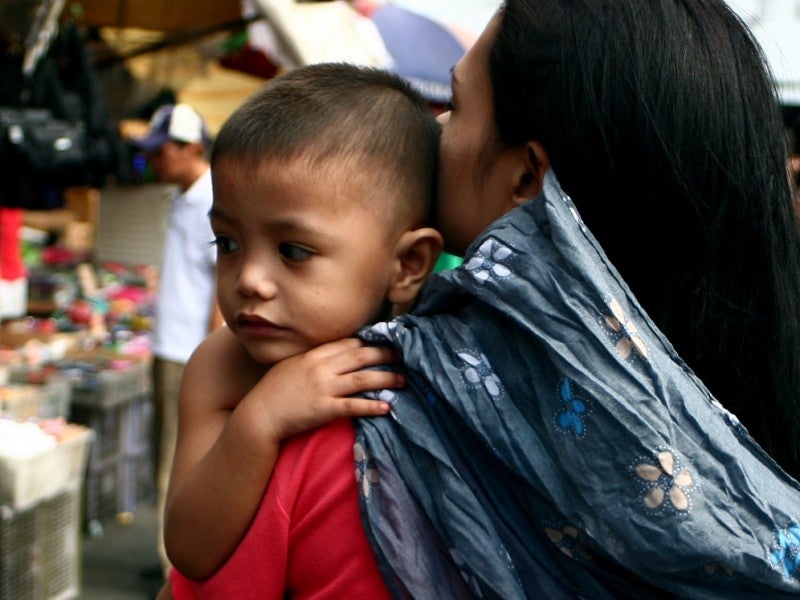 One of the many things that I miss the most about my mother is how she made us hopeful about Sundays. After attending Mass in the morning, we used to go to nearby fast-food restaurants just in time for brunch, much to me and my sisters’ delight. The priests may not be very happy to hear about this but, sometimes, that’s what motivated me to rise from bed.

But more than the food and the collectible toys that come with the kids-branded meals, it is just those Kodak-worthy moments of pure joy that will always make me feel the Sunday nostalgia—moments that I still recreate in my mind until today. These are also the very same moments that never made me feel (despite being totally aware of it) that we didn’t have much, financially speaking.

In fact, when I interviewed Mom online for a personality profile assignment in feature writing class, it was actually the first time that I heard of a childhood story that admittedly moved me to tears of painful empathy.

I did not cry for finding out that I and my sister had to share a drumstick. I cried because it hit me that my mother was not as happy as we were during that time—that she had to feel the exact opposite for us to be happy, and we were totally unaware of it. But the comforting side of our ignorance proved that what we shared back then, the chicken and the moment alike, were more than enough.

Now a single parent, my mother is on her eighth year as an overseas Filipino worker in the United States. She left when I was still in first-year high school, and that remains to be the single most heartbreaking memory that I have to date.

At home, we did not openly talk about her plans of leaving, so it did not really occur to me until she was already entering the airport premises. The picture is still so vivid. She hugged us and told us with no assurance that she might have a chance to go out again and bid us last goodbye after some internal procedures. We waited nevertheless, and she did not return. God knows I tried my best to hold the tears back, but to no avail. All it took for me to break down was that phone call saying she couldn’t come back anymore. I was crying in front of my two sisters, grandmother, aunt and three female cousins.

“Lost” was perhaps the most fitting word to describe what I have been through from then on. From being an overachiever in elementary and at the top of my batch in first-year high school, I graduated with no academic honors. Some of my teachers were even talking to me like counselors. For the record, I did not rebel, but with all the passions in me extinguished, I must admit I became lax and irresponsible. When it was already too late, I tried to bring the drive of my old self back, but the pressure devoured me—some coming from others, but mostly from myself.

The awakening came in the form of a letter from no less than my mother, and she made me realize what I had been doing wrong all along—I had the wrong intentions. For a long time, I was so consumed with the desire to prove myself to others, to regain former glory, to return favors and to make me feel good about myself. Going into college, I took Mom’s advice to do what I love, love what I do and be good at it without any external or internal pressure.

From that quite simple but strikingly powerful message, I was able to pick up the bigger sense of it all. If these years have taught me anything, it is this: Love is love, and it must be given and carried out without any motive other than for itself—not in any attempt to make up for it, to repay it, or to recreate it. You love not because you owe it to yourself or to someone else, but because you choose to give it.

When I treasured that in my mind and engraved it in my heart, things started going on the right track again. That’s when I also realized that there is no such thing as an “old” self and a “new” self. There is only “you” and the crossroads, and if you feel lost and hopeless, cling to love and it will lead you home.

Home. That is where Mom has always been. She may be physically away from it, but she is home because she is its light. She is a light that travels faster than any of its kind—illuminating minds, warming hearts, filling gaps, and mending wounds. A light powered by pure and selfless love that traverses time and distance.

My mother’s long thread of sacrifices is worthy of a drama anthology—being left behind by the men she loved, taking care of other people in a foreign land, not seeing her own children grow up and being unable to see for the last time her only sister, our second mother, who passed away in July. But it’s amazing how despite everything, she still managed to weave this thread of sacrifices into one colorful fabric. And it gives me hope that if she can do it, then I can do it, too.

In the end, love changes the way we see things in ways more beautiful than we can ever imagine, if we will only open ourselves to it.

Just last month, I was finally able to see my mother again after she went home for a very short break here in the Philippines. It was eight years (and a day) in the making, and one might wonder how we were able to make up for eight years in just a span of eight days. It just happened. We went out for a quick getaway, but we mostly spent our time at home, enjoying each other’s company and doing the things that we used to do back then. And when the time came for my mother to leave again, this time with my youngest sister to pursue her studies abroad, I still felt the pain reminiscent of that memory eight years ago—except that it had a different flavor to it. It was a pain with hope—a pain that makes you feel hopeful about everything else. A pain that makes you look forward to bigger and more beautiful things. A pain that makes you feel hopeful about love.

Life is a cycle of arrivals and departures. I have come to learn that the most beautiful things undergo the universal process of coming and going, in the same way that the sun kisses the horizon in the evening, only to find itself coming back in the morning.

I have learned to accept that we were separated for a reason, and now I have nothing but hope for the day that we will be together again for good. And when the time comes that I will finally be able to satisfy the craving that is my Sunday nostalgia, I won’t mind sharing a fried chicken (or two).

The last time I will write about us