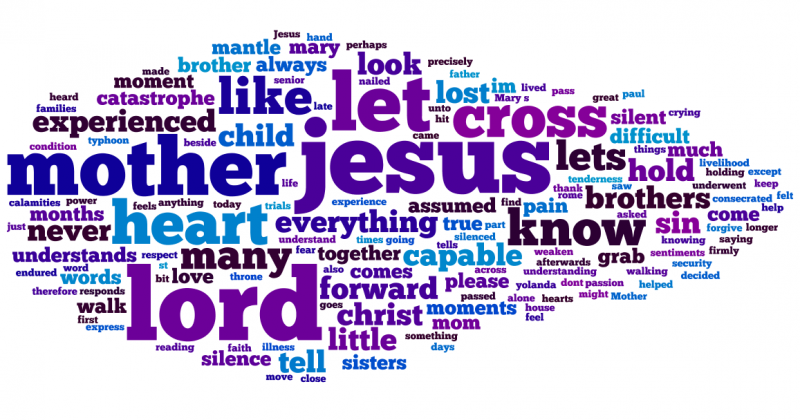 Pope Francis’ apostolic visit to the Philippines will be remembered for many highlights, especially the unexpected kind, but perhaps the true center of the visit was his powerful, deeply moving and, yes, unexpected homily in Tacloban City on Saturday.

The daylong trip to Tacloban and neighboring Palo, ground zero of the “Yolanda” catastrophe, was the main reason for the Philippine visit; the Mass held near the Tacloban airport marked the first time he would meet many of the supertyphoon’s survivors. That the Mass pushed through, with at least 200,000 devout Catholics in attendance, wearing thin raincoats under stormy skies, was itself almost a surprise.

It has been reported that the possibility of canceling the flight to Tacloban as Typhoon “Amang” continued to bear in on the eastern Philippines was raised with him, but Pope Francis insisted on proceeding. Schedules had to be revised not only once but twice—a difficult undertaking in the best of times, given security protocols and the logistics of rescheduling the flight arrangements of a large contingent of Vatican staff, accredited media personnel and government officials. Amang made the task even more complicated.

But the Pope did land in Tacloban, something he had long been praying for. When it was time for the homily, he set aside his prepared remarks (“If you allow me, I prefer today to speak in Spanish”) and spoke from the heart.

He shared confidences. “I’d like to tell you something close to my heart. When I saw, from Rome, that catastrophe, I felt that I had to be here. And on those very days, I decided to come here. I am here to be with you. A little bit late, I have to say, but I’m here.”

And then he addressed directly the perennial question of human suffering. “‘Father,’ you might say to me, ‘I was let down because I’ve lost so many things. I lost my house, my livelihood, my family. I’ve [an] illness.’ It’s true if you would say that. And I respect those sentiments. But [as he said this he turned to the wooden cross] Jesus [is] there nailed to the cross. And from there he does not let us down.”

And, shortly after, he extemporized the words that have since been shared widely among Filipinos, and which led many in the Tacloban audience to weep openly. “So many of you have lost everything. I don’t know what to say to you. But the Lord does know what to say to you. Some of you lost part of your families. All I can do is keep silence. And I walk with you all with my silent heart.”

These words are an emphatic reminder of the mystery of suffering—a daily, ordinary reality for all of us, and in the case of such calamities as Yolanda, which rendered a million Filipinos homeless and claimed the lives of over 6,000 people, an extraordinary one, too. In the face of that mystery, Pope Francis did not offer himself as an expert, but merely as a witness, even a mute one, with finger firmly pointed at Jesus on the cross, “a Lord who cries with us and walks with us in the most difficult moments of life.”

The “word cloud” above shows the frequency of the words Pope Francis used in his spontaneous remarks in Tacloban; the bigger the word, the more frequently used. The word cloud shows us the emphases Francis chose to make: Jesus, lord, mother, cross. And, tellingly, also “let.” In the Tacloban homily as in his other statements, Pope Francis uses that specific word as an invitation. “Let us respect a moment of silence together.” “Let us look to our Mother.” “Let us move forward and walk together.”

It is an invitation to let the crucified God do the talking.