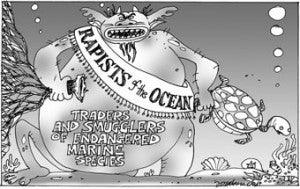 THE RESIGNATION of Jose “Ping” de Jesus as secretary of transportation and communications is unfortunate, not only because of the way it was handled, but also and especially because of what it tells us about the Aquino administration’s emerging pattern of governance. It will probably not have as negative an impact on public opinion as President Benigno Aquino III’s even more unfortunate, self-indulgent purchase of an expensive Porsche, but it may come close. Over time, the general public may come to read the resignation as the clearest proof yet that the President’s friends wield an inordinate influence over government affairs, greater than that of civil servants or political professionals.

The news caught many administration officials unprepared, which indicates that the resignation was most likely not planned, not among those transitions being readied as the one-year ban on the appointment of losing candidates loomed last month. While the official reason offered, that of health concerns, is plausible, the circumstances of the resignation suggest that De Jesus’ health may only be a part of the truth.

Indeed, the resignation of De Jesus and that of three undersecretaries under him do not make sense without reference to the issue that, again unfortunately, has come to define the first year of the Department of Transportation and Communications under the second Aquino administration: the appointment of the President’s friend and shooting range buddy Virginia Torres as assistant secretary and chief of the Land Transportation Office (despite the not insubstantial allegation that she facilitated the registration of stolen vehicles when she was still with LTO Tarlac) and the strong-arm tactics Torres used to force a change of guard at Stradcom, LTO’s long-time services provider.

Let us repeat that: in its first year, and despite the leadership role it should have played in the administration’s pursuit of private-public partnerships, the DoTC came to be defined by the LTO controversy. In particular, the first year was seen within the department itself as a test of wills, or a contest for influence, between the secretary and an assistant secretary.

Because of clear evidence that Torres had taken part in the unlawful takeover attempt of Stradcom last December (she was seen on closed-circuit TV monitoring the attempt), an investigation was begun, a recommendation to place her on preventive suspension was made and—nothing. To be sure, De Jesus has denied that Torres was the reason for his resignation, but the circumstances say otherwise. On a high-profile issue, one which has come to define an entire line department, the department chief faced a test of wills, and lost. Who wouldn’t resign?

There is, of course, nothing inherently wrong with relying on one’s friends; often, one’s closest friends share, not only common memories, but core values too. The problem comes when friendship becomes the only criterion of appointment, or the most important criterion of performance. Unfortunately for President Aquino, his choice of friends cannot be said to have the nation’s highest interests in mind. In fact, many of the friends he appointed cannot be said to have even the President’s own, best interests at heart.

Aside from Torres, there is Undersecretary Rico Puno, who bungled the hostage-taking crisis last August; there is Bureau of Corrections director Ernesto Diokno, who had to be publicly reminded of his duties after the scandal of Bilibid’s porous prison walls came to light before finally resigning; there is Jose Mejia, obviously underqualified to serve on the Judicial and Bar Council; not least, there is Executive Secretary Jojo Ochoa himself, still sunk in administrative inertia after a year in high but undeserved office. If they really have the President’s best interests at heart, what are they still doing in the government?

We have a word for this, pungent in the vernacular: “Pahamak.” With a few exceptions, the President’s friends have done him more harm than good. He may have banished the ghost of Kamag-anak Inc. from the banquet, but is that a new specter, of Kaibigan Inc., we see behind him?