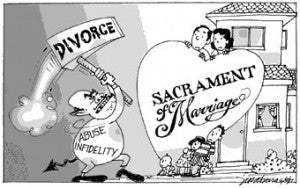 As the Monday sun rises high to mark the start of another school year, countless students march off to their respective universities. If you look closely, you will notice a remarkable diversity that has never been there before. Look even closer, and you will see the riot of race and creeds, of languages and nationalities, which now characterize our campuses.

All that is because more foreign students are flocking to the Philippines for college. These tropical isles, long known for tourism, are turning into an “academic mecca.” This should come as no surprise. Filipinos have long valued a degree from a good university, or the completed course at a popular college.

It is a prerequisite we learned first from the Spanish colonizers as they established schools. Then the Americans arrived and deployed teachers all over the country. Literacy levels rose, and in the age of independence, the Filipinos took it upon themselves to ensure their schools were held to the highest levels of competence.

Since then, for Filipinos, the framed college degree has often been the center of attention in their homes. This shows that here, education means something.

Now, the world is taking note as well.

While the Philippines has long been a destination for studying English, these new visitors are here for more than that. They are here to earn their bachelor’s degrees, hoping to add to their names the potent mark of an official degree from a pedigreed Philippine university. We can sing, we can box and, yes, we can teach.

In a GMA News report in February, the Bureau of Immigration noted that the number of foreigners studying at local schools had risen by 4 percent, numbering almost 20,000 students. The report quoted then Immigration officer in charge Ronaldo Ledesma explaining why this is so: “The fact that many foreigners are studying here means that the quality of our educational system is continuously improving. Our schools are competing with the best of their counterparts in Asia in attracting foreign enrollees.”

The report noted that South Koreans had the most students here at 6,000, while thousands of other foreign students came from all over the globe, from India and Kenya, from America and Iran, among many other countries. Most of the foreign students enrolled in Metro Manila universities. That number is stunning when one considers that it does not include the thousands of foreigners studying to improve their English skills at smaller schools.

A news report by Agence France Presse detailed that a four-year degree course at a Philippine school ran from $1,000 to $2,500 a year, an obvious bargain compared the $30,000 per year one would spend at an American university. This was a clear indication that in the Philippines, one could take quality courses without overwhelming his or her budget.

The AFP added that many foreigners are also drawn to the Philippines because of the prevalence of English. Virtually all Filipinos, regardless of socio-economic class, speak English competently and foreign students find that having English as the medium of instruction works very much to their advantage. The foreign students have even gotten used to the unusual schedule that is the Philippine school year, which starts along with the rainy season and ends before the dry summer.

Additionally, the government has been persistent in promoting the Philippines as a good academic destination, establishing exchange programs and enabling foreign students to apply for academic visas with relative ease.

Now, our local institutions stand to profit from decades of government assistance as well as private efforts to ensure a high level of education. It now means something to graduate from a Philippine university; our diplomas carry with them a new, substantial aspect. A degree from a Philippine university now means something even in other countries.

Yet the rising number of foreign students means more than additional funds in our educational coffers. The growing presence of students from around the world enriches our own lives. The steady increase in foreigners at our schools reflects a multi-cultural identity that is very much in keeping with the idea of the world made smaller, the human race grown closer, through the power of education.

So this is our newest gift to the world, a quality education for all, for anyone from anywhere – the brightest rainbow, visible from all angles, emerging from the melding of sun and showers.

Taiwan, US discuss UN participation ahead of key anniversary

Angeline Quinto admits she and Erik Santos tried being a couple

‘No room for neutrality’: Bishop urges Catholics to protest vs misuse of public funds