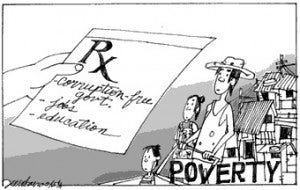 AS COMMON as it was compelling, the idea of Filipinos studying nursing to take up successful employment here and abroad was something that captured the aspirations of a country. In many ways, nursing was a good fit for us Filipinos. It harnessed the inherent hospitality and the boundless compassion our people possess, which combined with what was then a dearth of available nurses in countries such as the United States and Japan. It seemed like there was no limit to the demand for Filipino nurses.

But this is no longer the case today. Just like computer programming, which came after it, nursing is no longer the surefire route to employment that it was before. The requirements put forth by the foreign countries seeking nurses have grown draconian, making it more difficult for even the best Filipino nurses to find jobs in those faraway lands. And the global demand for nurses has diminished considerably; as a result, the number of Filipino nursing graduates finding choice jobs abroad has shrunk at almost alarming rates.

Things have gotten so bad that aspiring Filipino nurses find themselves, in their own country, exploited by fellow Filipinos. Some of the numerous nursing schools have turned out to be little else but diploma mills. Because of the requirement of having worked in hospitals prior to becoming full-fledged nurses, nursing students, and even board passers, have to work for little or no pay at all to earn those precious hours of experience at both private and public hospitals. Worse still, some hospitals actually demand payment from the students of so-called training programs to “prepare” them for employment. There were moves in Congress calling for probes into these alleged cases of exploitation and mandating heavy sanctions against hospitals found guilty.

Beyond that, the time may have finally come to change directions.

The word came from none other than Health Secretary Enrique Ona. During a visit to Baguio City last week, he said something you’d never imagine a high-ranking health official or professional would say: “If I have a daughter today, I would not let her take up nursing.” He cited the closure of many nursing schools because they could not meet government standards and because there was a glut of nurses looking for jobs in both the local and international markets. “We have to be strict in the licensing of nursing schools. Second, we have to give our students better opportunities and inform them of courses with better employment chances.”

As always, there is more to this statement than it presents at first blush. Ona clarified that we should not give up on nursing. Becoming nurses was still a viable profession; Filipinos just needed to be more realistic about one’s chances in that field.

However, Ona advised that incoming college freshmen look into different directions, such as work in fields related to the environment and the sciences. Should any Filipino student really want to work in the medical profession, they may be better off going instead into medical technology and medical research. “Medical technology specializing in stem cell research, for example, is in very high demand,” Ona said.

Ona would want to see the entire field of medicine opened up for young Filipinos entering college and beyond. No longer would Filipinos limit themselves to nursing. There is expansive room in the field for other functions. We can be scientists and researchers, pioneers and trailblazers.

And we can be truthful. The fact may be painful to accept and a wholesale paradigm shift may be required, but we need to understand that the landscape for the Filipino nurse has changed—perhaps for good. Still, we honor and remember the sacrifices and the examples of all the nurses who came before—and we validate this, by saving our children from the trap we’ve created and opening up to them a future that is both genuine and hopeful.

‘They are making up stories’: Cayetano camp denies insulting Velasco before Duterte