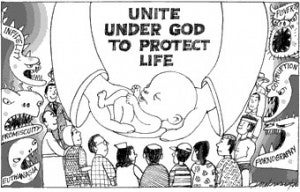 TILL THE end, there may be no escape—unless a miracle happens. Beyond the realm of prayer, three of our countrymen will face the cruelest needle in less than a week. This time, a reprieve and further delay of their executions seem more farfetched.

Their names and stories must be familiar by now: Sally Villanueva, Ramon Credo and Elizabeth Batain. Three Filipinos, everyday folk, who left country and family as overseas workers to seek a better life for their loved ones. They could be any one of us—save for one awful twist. Somehow they became involved with international drug syndicates and were transformed into drug mules.

And they were caught red-handed, their illicit cargoes discovered in China. In 2009, Villanueva, Credo and Batain were found guilty of drug trafficking and sentenced to death via lethal injection. Their executions were originally scheduled last February—Villanueva and Credo in Xiamen, and Batain in Shenzhen. However, word about their executions had gone out earlier, and Filipinos reacted in uproar: we wanted the three OFWs saved somehow. The Aquino administration was spurred to make an attempt to negotiate with the Chinese for their lives.

The Chinese at first refused to cede any ground. China, after all, is known widely to be hard on drug traffickers, and to them, Villanueva, Credo and Batain were just three more convicts to be dealt with like all the others; that they are Filipinos did not change anything.

But a desperate, last-minute mission to Beijing by Vice President Jejomar Binay managed to move the Chinese and the executions were stayed indefinitely. The result of Binay’s trip was remarkable—but, alas, also short-lived.

After a delay of more than a month, the specter of death for Villanueva, Credo and Batain has come stomping back with even heavier, more dreadful steps. On March 30, the three will be executed as decreed by a court, in accordance with Chinese law. It seems there is nothing left to do but pray to keep alive our hopes of saving them.

Though not everyone has given up just yet. Binay will send one more letter. “The Vice President believes that while [the executions have] not yet been carried out, there is still hope. He wants to exhaust all possible means,” Presidential Spokesperson Edwin Lacierda told reporters.

In a way, the Aquino administration knew it would come down to this. “Certainly, we would prefer a more positive outcome, but we’re realistic about the situation,” Lacierda added. “We are aware that the agreement last time was only for the postponement of the executions.” The death sentence may no longer be legal here in our country, but it still is in China, under whose laws Villanueva, Credo and Batain were found guilty and sentenced to death. The Philippine government cannot argue for them to be treated any differently. And it would be highly unreasonable to expect—more so, to demand—that government would take this course of action—plea for clemency—every time a Filipino accused of being a drug mule abroad is about to be executed. There are hundreds of other OFWs in jails and prisons in China, the Middle East and other parts of the world. In other words, government can’t keep playing this clemency card for each of them.

We do sympathize with the three OFWs and their families and we, too, like many other Filipinos and the Aquino administration, continue to hope for a miracle. But beyond this, the government must now turn its attention to the other Filipinos in prison abroad on charges of drug trafficking or facing death sentences. The Department of Foreign Affairs may not have been able to save these three, but perhaps, the others may yet be spared the same fate if it can provide them with lawyers and ensure that they get a fair trial. And for humanitarian considerations, earnest efforts should be made to link them with their families, if need be. These may be faceless Filipinos, they may be behind bars, but they too deserve to be given some glimmer of hope.

And if we must reiterate what we have suggested in this space before, government should exert more effort to prevent any more of our countrymen from falling in with the drug rings. They must tighten security at the airports, find a way to uncover drug mules about to leave the country, and totally smash the syndicates behind them.

We know now why Villanueva, Credo and Batain are in this desperate situation. It will be up to us to do all we can to make sure that they will be the last of us to pass this way.