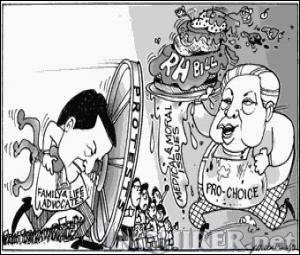 achieved its immediate objectives, which were to oust the dictator Ferdinand E. Marcos and restore democracy, it has not achieved its long-term aims, which were principally to bring about good governance and stamp out corruption.

The late President Corazon Aquino was not able to achieve the good governance goal because, as she herself admitted, she was “just a housewife’’ who had no previous experience in government. She had some good Cabinet members, but in the new government there was some wrangling, and at one point she had to dismiss some Cabinet members, some belonging to one faction and the others to another, just to relieve the dissension in her administration. She was also kept busy fending off several coup attempts.

Cory Aquino was herself free of any taint of corruption, but some of her relatives, “Kamaganak, Inc.,” reportedly took advantage of their closeness to her to enrich themselves. Some of the government bodies which she created, like the Presidential Commission on Good Government, were well-intentioned, but soon they were used by some commissioners as productive milking cows.

There was some good governance during the term of Ms Aquino’s successor, Fidel V. Ramos, and the country was able to achieve a respectable rate of economic growth. But this was interrupted by the economic meltdown in Asia in 1997. The Ramos administration was also marked by some anomalous deals like the Amari-PEA transaction and the Centennial Exposition project.

Ramos’ successor, a former actor, was elected by a big majority and enjoyed the support of the masses. But he soon let them down, holding midnight-to-dawn Cabinet meetings at which huge quantities of expensive alcohol were consumed, high-stakes gambling was played and escorts were paid (it is said) hundreds of thousands of pesos. The president would then sleep the hangover off until late in the morning. Was this any way to conduct a supposedly reformist government?

The massive corruption has been documented in investigative reports published in newspapers, and some concrete (pun intended) proofs of this were the mistresses’ mansions, one of which was called the Boracay Mansion because expensive white sand was imported from the Panay resort to recreate its ambiance. The other proofs—billion-peso bank accounts, the use of government power to cut lucrative deals in the stock market, etc.—were all documented with evidence in the impeachment case which ended after the majority in the impeachment court prevented the opening of the infamous “second envelope.’’ Estrada was ousted in the so-called Edsa II.

Estrada’s vice president, Gloria Macapagal-Arroyo, took over as the constitutional successor and in the beginning, with her workaholic ways, gave promise of some good governance. But soon, the ugly face of corruption began to show itself in various transactions—among them, the $14-million bribe in the Impsa deal, the P1-billion Macapagal Highway, the P768-million fertilizer scam and the aborted $329-million NBN-ZTE deal.

The corruption did not involve purely financial projects. There is the infamous “Hello, Garci’’ case where Ms Arroyo allegedly called Election Commissioner Virgilio Garcillano, purportedly to ask him to add one million votes so that she would have a comfortable lead over presidential rival Fernando Poe Jr. in the 2004 presidential election. This was a president who, in Edsa II, was given an implicit directive by the people to cleanse government of corruption. But did she, or was she even complicit in the big anomalous transactions?

Will the second Aquino presidency be able to achieve, even on a modest scale, the two long-term objectives of Edsa I? The answer will depend in a large measure not only on the Aquino administration but the people. If Edsa I has until now remained an unfinished revolution it is because there has been no follow-through. After the initial objectives were attained, people thought that good governance and the eradication of graft and corruption would occur. But the people will have to participate actively in government if these long-term objectives are to be attained. If eternal vigilance is the price of liberty, active participation in government and a constant watch against corruption is the price of the completion of the Unfinished Revolution.