Prison movies and other ruminations 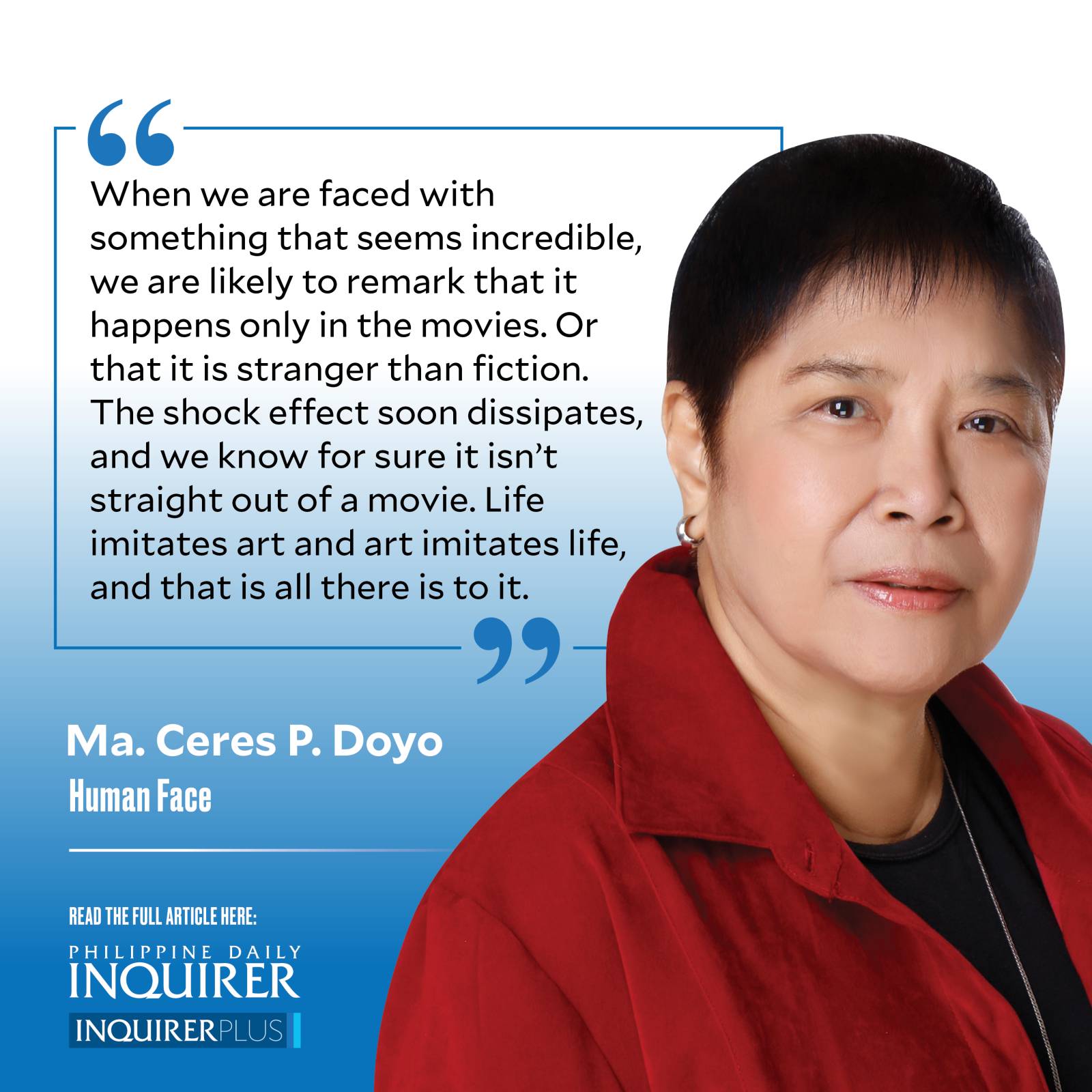 That in the movie world there is a so-called prison genre means that so many movies on prison life have been made. So these movies are in a genre of their own.

When we are faced with something that seems incredible, we are likely to remark that it happens only in the movies. Or that it is stranger than fiction. The shock effect soon dissipates, and we know for sure it isn’t straight out of a movie. Life imitates art and art imitates life, and that is all there is to it.

No two ways about it. This country’s overcrowded national penitentiary or the New Bilibid Prison (NBP), home to tens of thousands of convicts serving time, is truly a drug den, a lair of liars, even a resort of sorts for the privileged few who can afford to make their prison dwellings the envy of the free. Here, drug trafficking thrives (prostitution, too, I learned), crimes are plotted, game cocks for betting are raised, booze is aplenty, and apartments are built for rent. Name it. Everything under the sun that should not be happening there is happening there.

I do not discount that saints live in the midst of scoundrels. But that is another story.

The latest to be discovered is a huge excavation so deep no prison official can explain it without breaking into a sweat. The NBP is a mini-society unto itself, with a hierarchy of influencers that seems immune to the authorities who run the facility. That is the picture that we have begun to see.

These shockers are not new. How many times in the recent past have these incredible happenings been exposed? But as quickly as they were in the media limelight or became the subject of Senate investigations and the like, they receded into the mist and nothing was heard of them until something again exploded in the news. Like the murder of broadcaster Percival “Percy Lapid” Mabasa that, it turned out, was partly plotted there by inmates whose power, money, and reach could be the envy of newbie politicians. These convicts are now euphemistically called persons deprived of liberty or PDL. Deprived?

The last time we were treated to a melodrama was when inmates implicated Leila de Lima, then a senator during the presidency of Rodrigo Duterte, who the senator severely criticized for his alleged human rights violations that date back to when he was the mayor of Davao City. Before becoming senator, De Lima was secretary of justice during the presidency of Benigno Aquino III. That was when she was supposed to have received drug money from NBP biggies.

De Lima, to Duterte’s delight, has been in solitary detention for more than five years now even while her accusers are recanting one by one, reversing their testimonies and after two cases against her have been dropped.

Last month, a detainee from a neighboring section of the detention facility where De Lima is being held barged into her detention area and held her hostage at knifepoint. The hostage- taker lost his life courtesy of a police marksman, but De Lima could have lost hers too.

When will De Lima, the “longest-held hostage” of our justice system, be allowed to post bail? Or be freed for good? Facebook users, mostly women, are posting photos of flower power with the hashtag #FreeLeilaDeLimaNow.

While ruminating on all these, I thought of the prison movies I have watched, some true-to-life, others imitation of life. There is so much one can learn from them, the human aspect especially, and how crime, law, and the justice system affect lives in a complex society.

Here are some prison movies I remember I had watched, including war-related ones:

“Liway” is about a political detainee who raised her son behind bars. She was arrested and detained after her group’s armed clash with the military. She was released in 1986. I interviewed for a magazine story this former New People’s Army fighter whose nom de guerre was Kumander Liway (Cecilia Oebanda in real life) when she was already the head of a nongovernment organization. Her son Kip, who grew up in prison, directed the movie.

“Shawshank” is considered the best prison movie there is, and one of the best movies of any genre ever made.