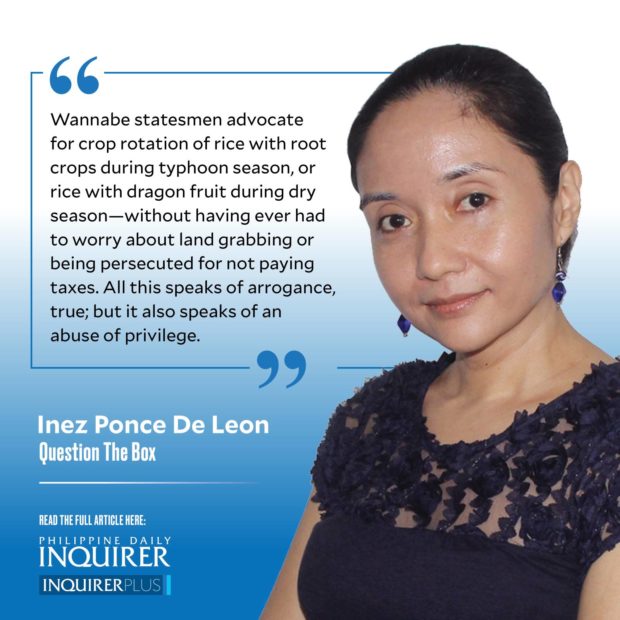 My job as a professor includes reviewing prospective articles for academic journals. One such article came to my desk last week, courtesy of researchers based in Europe. Its first few lines hooked me immediately.

The article opened with the “Mini-Me” mentality, named after the quasi-villain in the Austin Powers movies. The Mini-Me is, idiomatically, the projection of oneself onto others, albeit in smaller form. It posits that professionals trained in highly specialized fields often expect everyone else to behave and reason the exact way they do; anyone who doesn’t is automatically labeled an idiot in need of an education.

In the article, the researchers referenced climate scientists who assume that all people use statistical data to make everyday decisions, or that all people can intuitively connect information to action. This is part of the Mini-Me mentality: a certain brand of scientist expects nonscientists to be mini-versions of them; these kinds of scientists also tend to equate communication with simply lecturing alongside data in pretty graphs.

FEATURED STORIES
OPINION
Naia: No Jewel, but a diamond in the rough
OPINION
Tears on Bonifacio Day
OPINION
Fame and fortune in our lives

To social scientists, these expectations are not backed by research; to expect everyone to behave using the scientific mindset is misguided. Therefore, when some scientists called for future storm forecasts to present potential impacts rather than storm facts and figures, we in the science and risk communication community cheered, “FINALLY!” as we heard the same call we’d been making for years.

Don’t give people the wind speeds; say what will happen to their houses, their trucks, their farms. Make the information local, relatable, visual. Tell people what to do, not what to know.

To achieve this, we need to study people’s views of reality rather than impose what we believe to be valuable. I’ve relayed as much to geologists and agriculturists, geneticists and climate scientists: let’s listen to people; let’s ask who they are.

Because, in general: in moments of high risk, we don’t open textbooks; we look at our immediate environment and act on our instincts to do something.

That’s why drills work: they simulate a reality that we might one day have to face, and that will require us to take immediate action. We don’t have the time to sit down and wonder whether we’re tackling something caused by an earthquake or gale-force winds. We don’t have the luxury of figuring out the chemical composition of what we’re about to eat, confront, or protect ourselves from. We have time enough to act on instinct. So, scientists have to first understand how people view their reality, not how people can be manipulated to act on a reality that is not theirs.

The Mini-Me mentality is not confined to scientists.

Beginner designers often plunge into creating infographics, because they might have learned their own lessons quickly when these lessons were translated into colorful posters. Their clients, however, might use the infographics as a mere sideshow to the main communication event: a conversation.

Wannabe statesmen advocate for crop rotation of rice with root crops during typhoon season, or rice with dragon fruit during dry season—without having ever had to worry about land grabbing or being persecuted for not paying taxes.

All this speaks of arrogance, true; but it also speaks of an abuse of privilege. Privilege might be conflated with riches, but it, too, can be equated with training in a highly specialized field, a deep entrenchment in knowledge, a protection from the practical hardships of the everyday.

For a country with supposedly limited funds, it’s a surprise why these walls are built so high. Maybe it’s to protect the privileged from hardships. Maybe it’s to give so-called leaders a bar to set for the pissing contests they like to hold amongst themselves while the rest of the country starves.