The Philippines in Spain | Inquirer Opinion

The Philippines in Spain 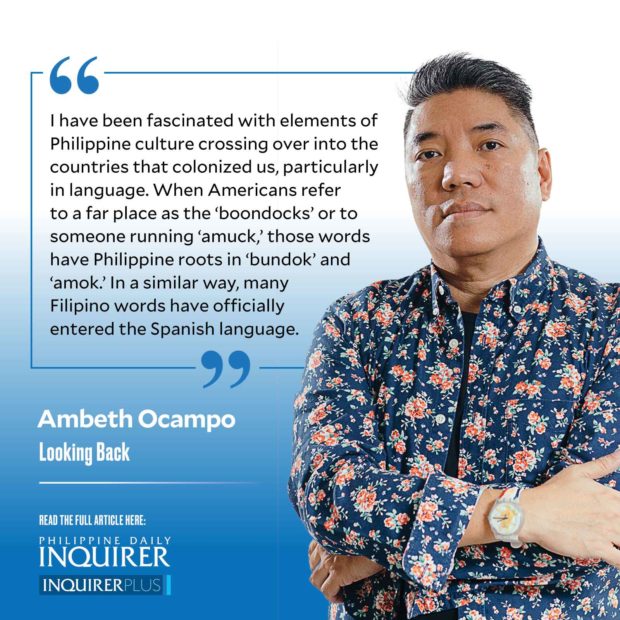 When I revisited the Museo del Prado in Madrid last week, I went in search of Gallery 62A where the work of two 19th-century Filipino painters are currently exhibited: Juan Luna’s “Death of Cleopatra” and a pair of head studies in oil by Esteban Villanueva. Luna’s large and luminous painting was awarded a second-class medal in the 1881 National Exposition of Fine Arts, the prelude to the “Spoliarium,” awarded a first-class medal in the 1884 Exposition. Villanueva’s paintings were known as “tipos del país” that depicted life and people in the late 19th-century Philippines.

It is significant that these Filipino painters are exhibited in the same museum as the acknowledged masters of Spanish painting, Velásquez and Goya. The Prado is known as the repository of “old” or “classical” art, so if you want something “modern,” you will be directed to the nearby Museo Nacional Centro de Arte Reina Sofía, which is the repository of 20th-century art. Representational or figurative arts are in the Prado, while abstract and contemporary works are in the Reina Sofía, but this divide will be breached or bridged with the Prado exhibition of abstract works referencing old masters by Fernando Zóbel, “El futuro del pasado” (The future of the past). Zóbel is Filipino-Spanish, having been born in Ermita, Manila, in 1924.

I have been fascinated with elements of Philippine culture crossing over into the countries that colonized us, particularly in language. When Americans refer to a far place as the “boondocks” or to someone running “amuck,” those words have Philippine roots in “bundok” and “amok.” In a similar way, many Filipino words have officially entered the Spanish language. Instituto Cervantes director Javier Galvan reacted to my last column with a link to an exhaustive 18-page article by the linguist Rafael Rodriguez-Ponga that traces the changing meanings of “baguio” (from hurricane to typhoon) in various texts and its inclusion in “DRAE” explained below.

Dictionaries formed part of my early education. No school library was complete without a thick Webster’s English dictionary left open on a lectern, like a bible, in the reference section. Dictionaries settled disputes when playing Scrabble; it was the last word on spelling and word meanings. I was weaned from Webster’s in college when I was introduced to the definitive work, the Oxford English Dictionary (OED). This multivolume work provided more than definitions; words were traced back to their roots in Latin, Greek, Gaelic, etc. OED also provided the first documented instance of a word, and other dated appearances of the word, to illustrate usage or changing meanings over time. I attended university in the last century, when all students were required to take 12 units of Spanish. It was during this time that I was introduced to the Spanish equivalent of the OED, the Diccionario de la Real Academia Española (DRAE), for its compiler, the Royal Academy, the guardian of the Spanish language. It is still referred to as DRAE, even if it is more popularly known today as the Diccionario de la lengua Española.

Physical copies of dictionaries have gone out of style, made obsolete by the internet. Discarding all the foreign language dictionaries in my home library freed a lot of shelf space, but I have kept physical copies of Filipino dictionaries compiled by the Komisyon ng Wikang Filipino, the University of the Philippines, Vito C. Santos (Vicassan), Leo English, Jose Villa Panganiban, and Virgilio S. Almario. Pride of place on my shelves is given to a facsimile of the Vocabulario de la lengua Tagala compiled by Fr. Pedro de San Buena Ventura that was published in Pila, Laguna, in 1613.

Last week in Madrid, the 75 years of diplomatic relations between the Philippines and Spain were commemorated in the Universidad Complutense with talks from Filipino and Spanish scholars, the acceptance of a bronze statue of Rizal donated by Philippine Ambassador Philippe Lhuillier to the university, and wreath laying in the Rizal monument on the Avenida de Filipinas. Our complicated or tangled relationship with Spain goes back 500 years, and proof of this remains in the many Philippine words, like baguio, accepted into the Spanish language by the Royal Academy.