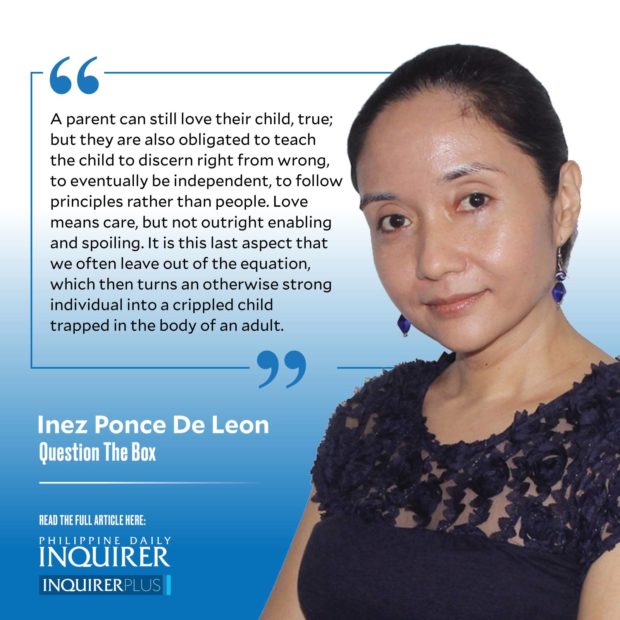 West Lafayette, Indiana—I am at Purdue University, my Ph.D. alma mater, to receive an award as a Distinguished Alumna of the Department of Agricultural Sciences Education and Communication.

The ceremony also coincides with family weekend, a time when Purdue parents visit their children.

Today, I walked the campus that I left 11 years ago. I expected to hear parents telling their children exactly what to do, what to say, and how to behave. I waited for my former professors to tell me horror stories of having to deal with overbearing parents who think that their children are perfect and should be shielded from failure.

The literature calls it helicopter parenting, because of the excessive hovering; it’s related to lawnmower parenting, where a parent mows down anything that will make their child feel less than perfect.

I experienced such horrors myself on my own college campus back home. Parents would hover over their children, coach them in everything, monitor every move as though any stumble would mean that their (already grown, voting-age) children would plunge headlong to their deaths. Parents would call department offices to demand class slots, write to school authorities to complain about grades, even set up meetings with teachers to get them to change the rules.

The news in these last few days has to do with family yet again: A government official, so focused on condemning drug users, has a family member embroiled in a drug bust. The online world buzzes with anticipation of special treatment because we’ve been so used to family being used as the biggest excuse to do stupid things, i.e., your family will always have your back no matter what.

This mentality, in its most toxic form, has bred children who are so dependent on their family that they cannot take responsibility for things that are clearly their fault. They expect to always be saved by a parent, who implicitly promised that they would be loved no matter what.

A parent can still love their child, true; but they are also obligated to teach the child to discern right from wrong, to eventually be independent, to follow principles rather than people. Love means care, but not outright enabling and spoiling. It is this last aspect that we often leave out of the equation, which then turns an otherwise strong individual into a crippled child trapped in the body of an adult.

This seemingly leads to two extremes: one is the child who engages in all kinds of risky behavior because it expects its family to come save the day; the other is the child who does nothing of great import because it’s been taught to simply let mom or dad do the talking. In either case, there’s a family lurking in the background, swooping in the way that mafia members, criminal syndicates, and despotic regimes do.

This is not a barrage of threats against the family. It is a warning to not use the term loosely. A family helps one grow. It does not stop one from experiencing life.

At Purdue, I see parents listening to their children as the latter lead them on impromptu tours of the campus. I recognize English, Mandarin, Korean, Hindi, Spanish, French.

Maybe I’m on the wrong side of campus, or I’m misreading the body language. But the students look grown up, independent, leading their parents rather than cowering, conversing rather than waiting to be ordered around or checked on. There is, nevertheless, an air of respect.

I might be told that it’s just not in our culture, but maybe there’s some universality to the idea that we need to turn children into adults rather than imprison them in an infantile universe.

For example, on the flight on the way here, a Hindi family beamed at their screaming daughter and laughed at her antics. Years ago, on a trip to Japan, I watched a Filipino family laugh as their kids screeched over a tour guide’s speech. Always, there was a parent blind to reprimand, and depriving their children of the chance to learn social graces. Always, there were people ready to scream “brat!” at the kids.

There is universality in consideration for other people. Maybe if we teach our kids lessons when they need to learn them, we wouldn’t have to keep relying on a fake version of “family” to help us through.