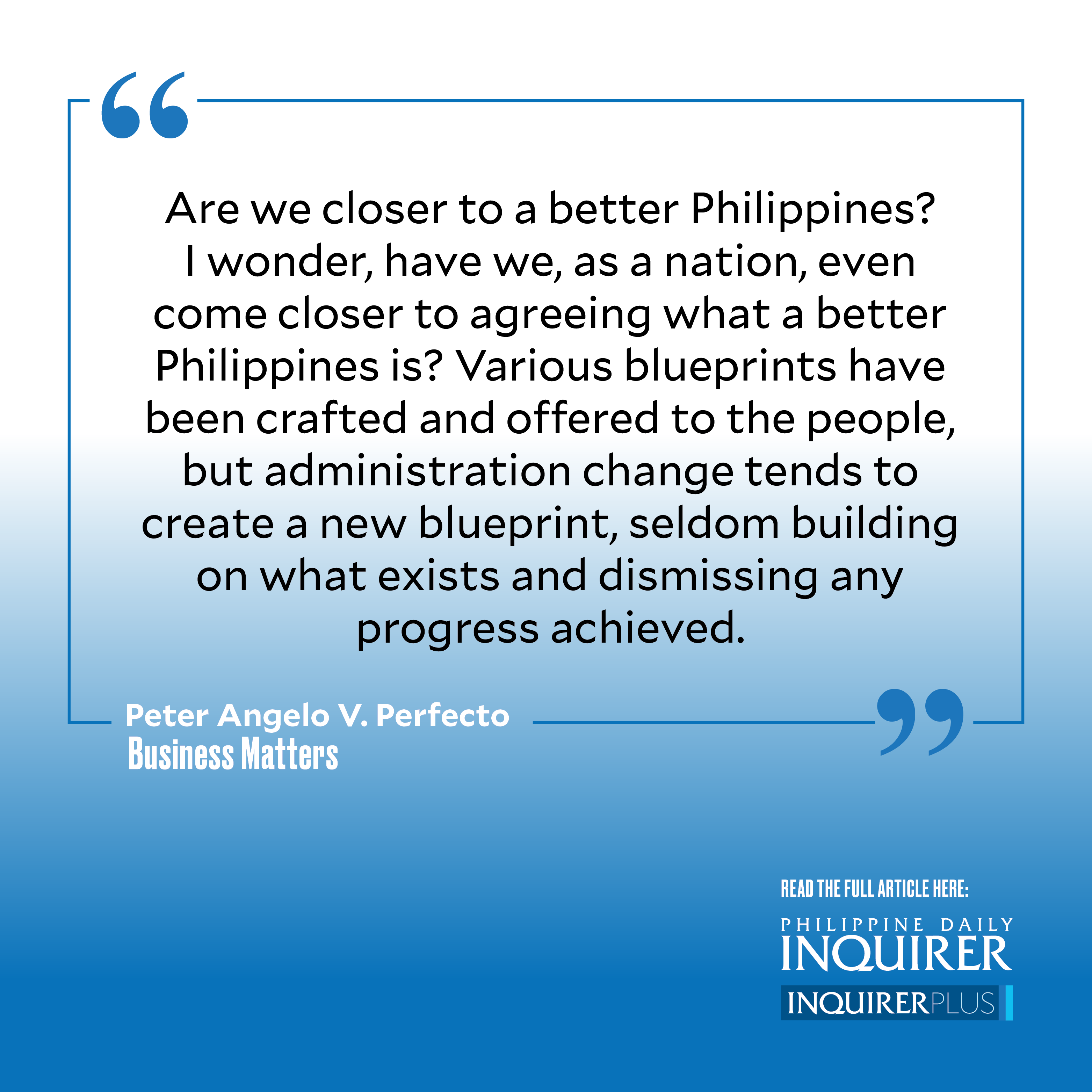 Fifty years ago—on Sept. 21, 1972 to be exact—martial law was declared by then President Ferdinand Marcos. Citing a China-backed communist insurgency and an alleged assassination attempt on then Minister of Defense Juan Ponce Enrile, Marcos promised to defend democracy, restore law and order, instill discipline among Filipinos, and build a better Philippines. There are many, including my father-in-law, who remember the early days and even months of the martial law era as more peaceful and more hopeful, even as the military and police very quickly and systematically rolled out military rule and control, establishing checkpoints, enforcing curfew, and rounding up political enemies of the state.

Marcos’ martial law regime was a total package that included winning hearts and minds. I remember as a young boy hearing the “Bagong Lipunan” song all the time and everywhere, and very vividly recall drawing on a piece of bond paper a father coming home early to his family after work because of the curfew to illustrate my understanding of “sa ikauunlad ng bayan, disiplina ang kailangan.” Mind you, I was in a private Catholic school then. Imagine what went on with the kids in the public school system.

Marcos painted a picture of a better Philippines, for sure. And many bought into the vision and believed it. The documented dismal human rights record, collapse of the Philippine economy, corruption and cronyism, wanton destruction of the environment, and other nightmarish developments, slowly but surely, exposed the vision as a sham, leading ultimately to the events of the February 1986 revolution that sent the Marcos family and their cronies into flight.

Six administrations later and with the return of the Marcos family to power today, paintings of pictures of a better Philippines have come and gone: from Philippines 2000 to Strong Republic to “Tuwid na Daan” to “Sulong Pilipinas,” and to today’s “Babangon Muli.” Are we closer to a better Philippines? I wonder, have we, as a nation, even come closer to agreeing what a better Philippines is? Various blueprints have been crafted and offered to the people, but administration change tends to create a new blueprint, seldom building on what exists and dismissing any progress achieved. What has continued is the Philippine Development Plan platform driven by Neda or the National Economic and Development Authority. However, even this tends to be subject to overhaul and revamp every six years before any meaningful advancement in needed reforms can be achieved.

So, will our dream for a better Philippines remain elusive? It will be if we can’t even agree on what a better Philippines is. It will be if we can’t go beyond the six-year administration change and sustain needed reforms. It will be if the President does not set the needed tone from the top and lead an all-of-nation approach to address our most pressing priorities, at least on education and jobs, food and agriculture, and housing and infrastructure. For sure, there are many priorities, but building and pursuing a sustained agenda on these three over a longer term, pursued beyond six-year administration terms and bringing together government, business, academe, and the churches may be the path forward and onward to a better Philippines.

For the business sector, the Philippine Business for Education and the Philippine Business for Social Progress can be partners in an all-of-nation approach. The Association of Foundations and globally affiliated nongovernment organizations like Oxfam Pilipinas should be brought into a multisectoral partnership for development. Key academic communities must also be mobilized, as well as the larger faith-based groups. The National Competitiveness Council should be reconstituted to include all the major business organizations and initiatives. The genius behind mobilizing these groups will simply be that they can help ensure the continuity of the reform agenda beyond administrations, helping bridge even political divides. Their role will include ensuring buy-in of next administrations to the needed sustained agenda for a better Philippines.

Will the Marcos-Duterte call for unity be genuine and truly inclusive so that we all can get on one road to a better Philippines? This remains to be seen, as there are both signs of hope and red flags.