A Friday of truth bombs 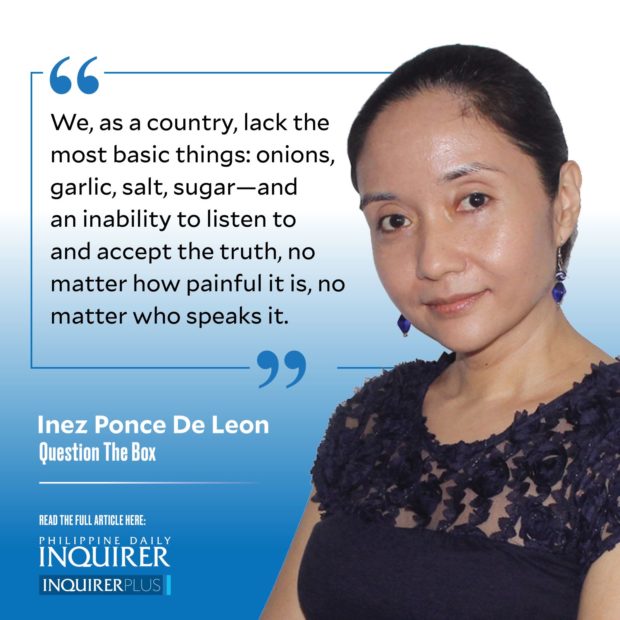 The Ateneo held its Loyola Schools Faculty Day last Friday. It’s a day all the faculty members come together, sometimes for pep talks, other times for planning. This semester, we listened to talks about being frontliners for the truth.

First onstage was Christian Esguerra, who spoke about his experiences as a hard-hitting journalist. His presentation was meaty in its treatment of truth-telling, but one thing that resonated with me was the idea that possession of facts is not always a possession of the truth. The truth is always Truth in the Meantime, as journalists keep digging through reputable sources.

This fits neatly with the philosophy of scientific practice: the truth is the best we have for now, as long as it has been derived from systematic work. As we develop more precise ways of measuring reality, so do we discover new facets to the truth or even falsifications of an existing truth.

Next was Pia Archangel, who talked about the truth that is not divisive, but unifying, a call to action that can be used for good. She used her experiences in shooting documentaries as an example: truth-telling is often neither comforting nor comfortable; but when the truth is exposed, then wrongs can be set right, unheard voices can find a platform, and those who struggle can get help.

All these insights reinforce the idea that propaganda and truth-seeking are incompatible. To peddle lies (or worse, to laugh at those exposing them) will simply lead to more problems remaining unsolved. To cover up problems by forgetting them is to be part of the problem itself.

Another: We are short on vegetables enough for them to be imported, even smuggled. Why do we insist on the “agricultural country” label?

Last: Our classrooms are crowded; our teachers are underpaid. Why is reinstalling ROTC the priority of the education department?

A pity that those who complain about the state of the country are Red-tagged, while those who single-mindedly revere elected officials are given choice seats in places of power. Note, however, the reported disquiet in pro-admin vlogger circles: some are jostling for attention, others don’t know how to dress up the various food crises, and still, others are quitting because of the rumored infighting.

Such are the pitfalls of promoting people rather than principles. Such are the pitfalls of equating unquestioning loyalty with the so-called Christian values proclaimed by your local Bible-thumping loyalist, proverb-quoting vlogger, or drunken tito at your family reunion. To criticize those in power is also to sin, the Good Book purportedly says.

Loyalty, however, when framed as allegiance to a leader, is no more than feudalistic idolatry, an obsession with figureheads, fanaticism—none of which is compatible with Christianity.

The brand of loyalty espoused by some in the recent elections seems to be confused with the idea of faith. Faith, however, allows people to question, to look for the truth even if it is painful, and to examine issues in the light of righteousness. The whole idea of theology itself is that of a faith enriched through questioning; without theological thought, religion is empty and blind.

Loyalty, like propaganda, creates narratives to prove a point or warps the truth to suit an agenda. Faith and science, on the other hand, examine the evidence, assess it systematically, and accept the truth.

At the Faculty Day dinner, I bumped into Dr. Fernando Zialcita, a fellow professor and one of the country’s leading anthropologists and cultural historians. He brought up my column, and we talked about publishing, research, and how our local knowledge might be lost because it is not documented in English. The Philippines and the Filipino are ignored by and therefore invisible to the world because the use of English is privileged over authentic narratives.

What a way to drop a truth bomb. We, as a country, lack the most basic things: onions, garlic, salt, sugar—and an inability to listen to and accept the truth, no matter how painful it is, no matter who speaks it.